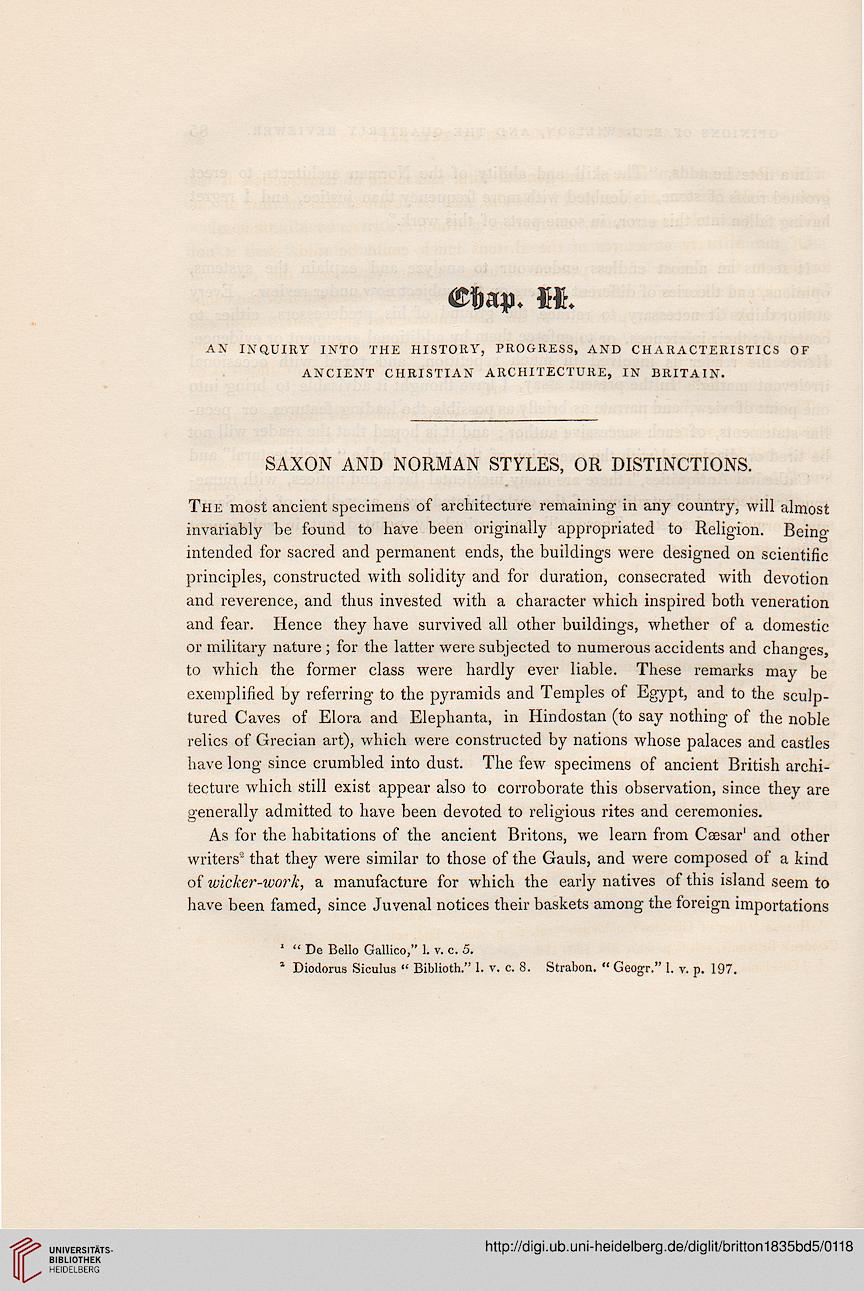 Scroll
OCR fulltext
Information about OCR text
an inquiry into the history, progress, and characteristics of
ancient christian architecture, in britain.

SAXON AND NORMAN STYLES, OR DISTINCTIONS.

The most ancient specimens of architecture remaining in any country, will almost
invariably be found to have been originally appropriated to Religion. Being
intended for sacred and permanent ends, the buildings were designed on scientific
principles, constructed with solidity and for duration, consecrated with devotion
and reverence, and thus invested with a character which inspired both veneration
and fear. Hence they have survived all other buildings, whether of a domestic
or military nature ; for the latter were subjected to numerous accidents and changes,
to which the former class were hardly ever liable. These remarks may be
exemplified by referring to the pyramids and Temples of Egypt, and to the sculp-
tured Caves of Elora and Elephanta, in Hindostan (to say nothing of the noble
relics of Grecian art), which were constructed by nations whose palaces and castles
have long since crumbled into dust. The few specimens of ancient British archi-
tecture which still exist appear also to corroborate this observation, since they are
generally admitted to have been devoted to religious rites and ceremonies.

As for the habitations of the ancient Britons, we learn from Caesar1 and other
writers2 that they were similar to those of the Gauls, and were composed of a kind
of wicker-work, a manufacture for which the early natives of this island seem to
have been famed, since Juvenal notices their baskets among the foreign importations