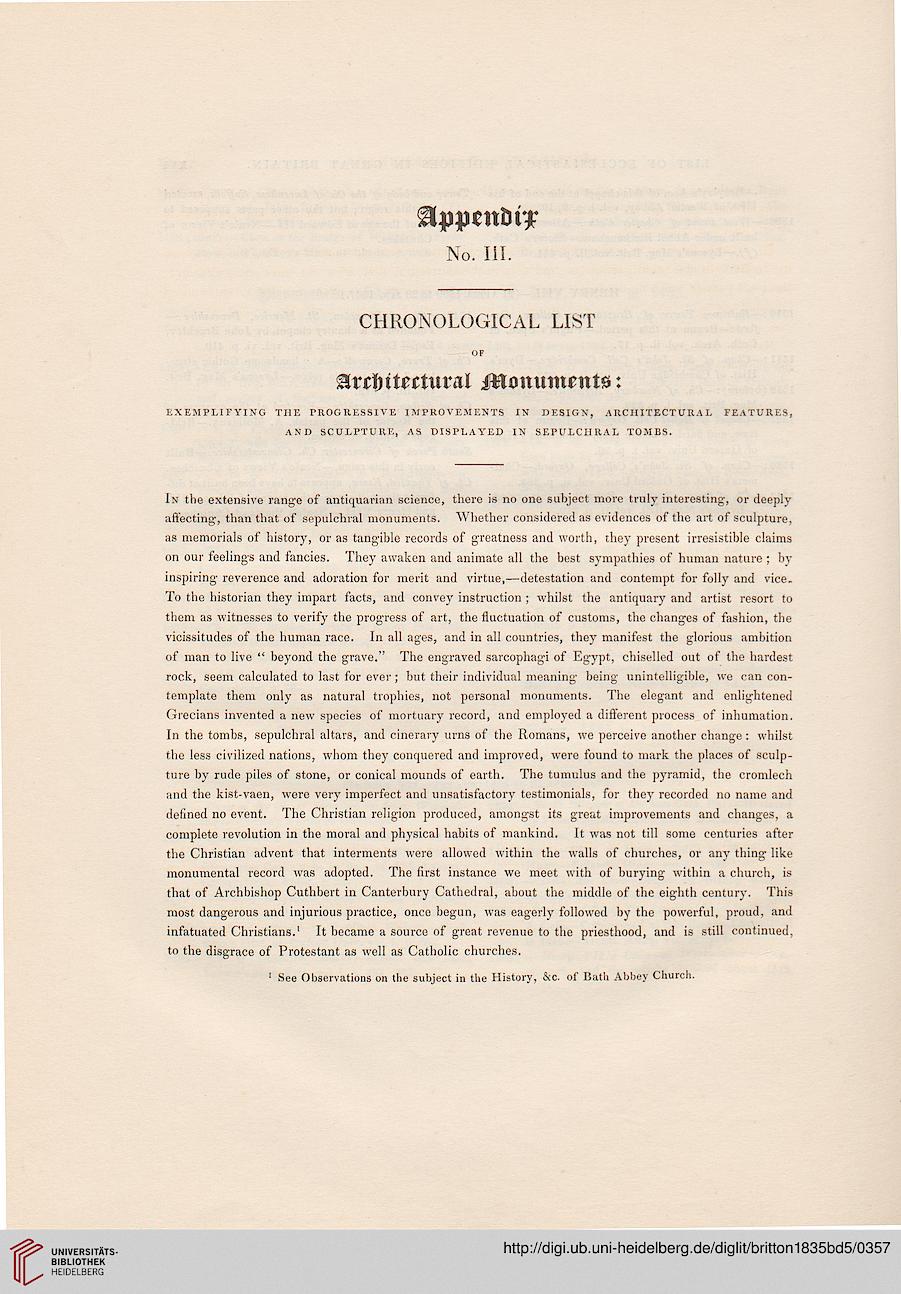 exemplifying the progressive improvements in design, architectural features,
and sculpture, as displayed in sepulchral tombs.

In the extensive range of antiquarian science, there is no one subject more truly interesting, or deeply
affecting, than that of sepulchral monuments. Whether considered as evidences of the art of sculpture,
as memorials of history, or as tangible records of greatness and worth, they present irresistible claims
on our feelings and fancies. They awaken and animate all the best sympathies of human nature ; by
inspiring reverence and adoration for merit and virtue,—detestation and contempt for folly and vice.
To the historian they impart facts, and convey instruction ; whilst the antiquary and artist resort to
them as witnesses to verify the progress of art, the fluctuation of customs, the changes of fashion, the
vicissitudes of the human race. In all ages, and in all countries, they manifest the glorious ambition
of man to live " beyond the grave." The engraved sarcophagi of Egypt, chiselled out of the hardest
rock, seem calculated to last for ever ; but their individual meaning being unintelligible, we can con-
template them only as natural trophies, not personal monuments. The elegant and enlightened
Grecians invented a new species of mortuary record, and employed a different process of inhumation.
In the tombs, sepulchral altars, and cinerary urns of the Romans, we perceive another change : whilst
the less civilized nations, whom they conquered and improved, were found to mark the places of sculp-
ture by rude piles of stone, or conical mounds of earth. The tumulus and the pyramid, the cromlech
and the kist-vaen, were very imperfect and unsatisfactory testimonials, for they recorded no name and
defined no event. The Christian religion produced, amongst its great improvements and changes, a
complete revolution in the moral and physical habits of mankind. It was not till some centuries after
the Christian advent that interments were allowed within the walls of churches, or any thing like
monumental record was adopted. The first instance we meet with of burying within a church, is
that of Archbishop Cuthbert in Canterbury Cathedral, about the middle of the eighth century. This
most dangerous and injurious practice, once begun, was eagerly followed by the powerful, proud, and
infatuated Christians.' It became a source of great revenue to the priesthood, and is still continued,
to the disgrace of Protestant as well as Catholic churches.

1 See Observations on the subject in the History, &c. of Bath Abbey Church.