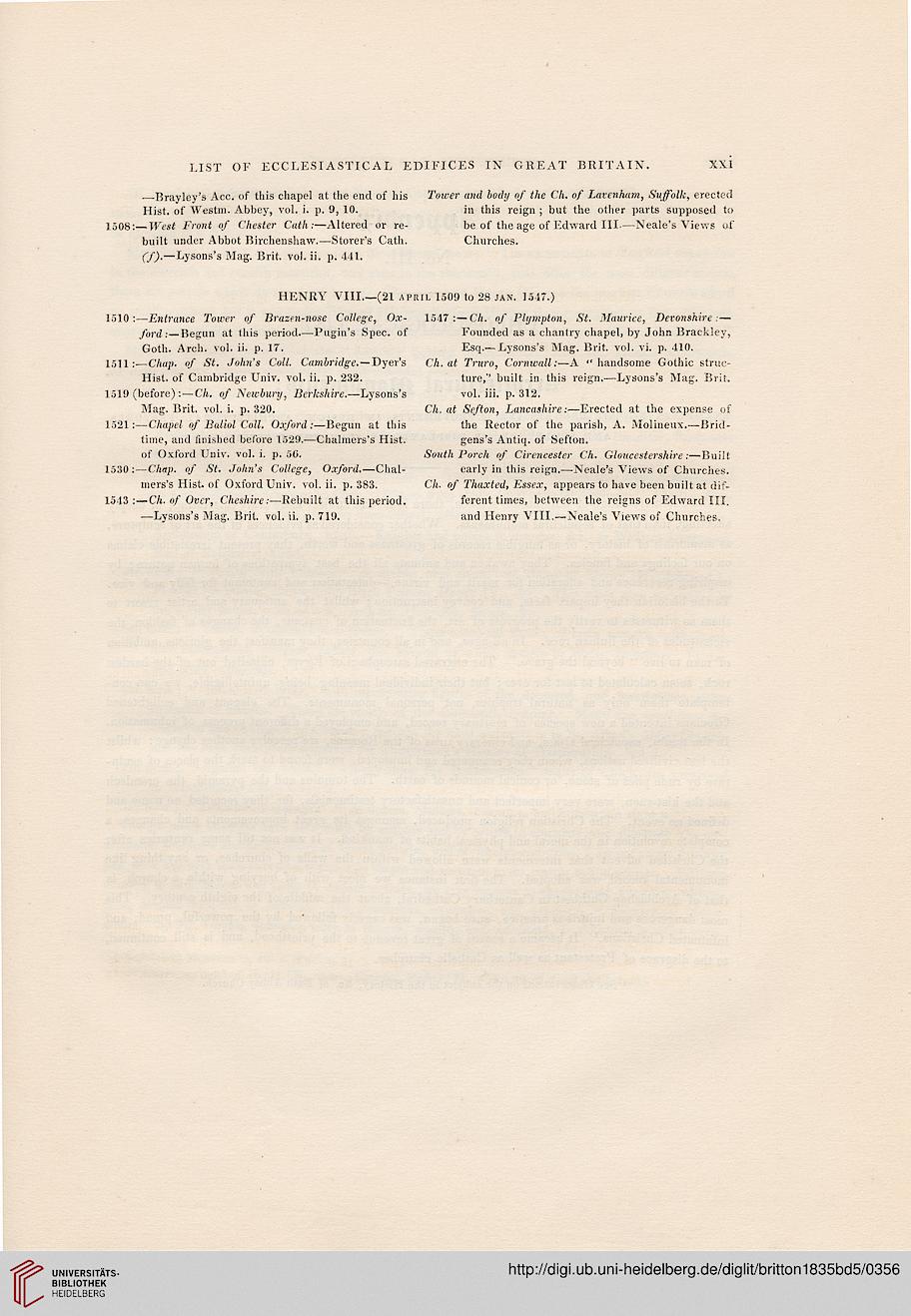 Tower and body of the Ch. of Lavenham, Suffolk, erected
in this reign ; but the other parts supposed to
be of the age of Edward III—Neale's Views uf
Churches.

Cft. at Sefton, Lancashire:—Erected at the expense of
the Rector of the parish, A. Molineux.—Brid-
gens's Antiq. of Sefton.

South Porch of Cirencester Ch. Gloucestershire:—Built
early in this reign.—Neale's Views of Churches.

Ch. of Thaxted, Essex, appears to have been built at dif-
ferent times, between the reigns of Edward III.
and Henry VIII —Neale's Views of Churches.