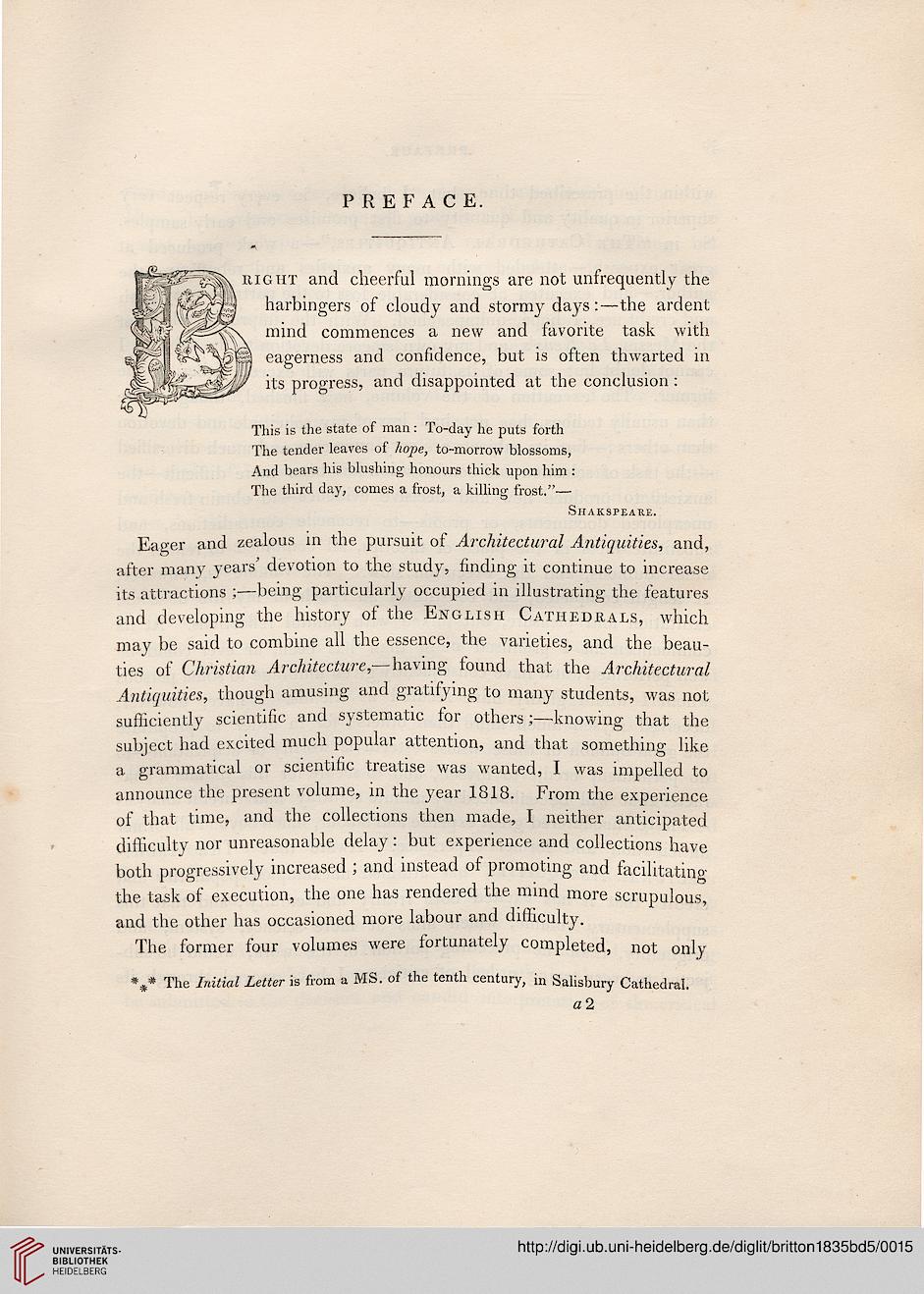 ight and cheerful mornings are not unfrequently the
harbingers of cloudy and stormy days:—the ardent
mind commences a new and favorite task with
eagerness and confidence, but is often thwarted in
its progress, and disappointed at the conclusion:

This is the state of man: To-day he puts forth
The tender leaves of hope, to-morrow blossoms,
And bears his blushing honours thick upon him :
The third day, comes a frost, a killing frost."—

Eager and zealous in the pursuit of Architectural Antiquities, and,
after many years' devotion to the study, finding it continue to increase
its attractions ;—being particularly occupied in illustrating the features
and developing the history of the English Cathedrals, which
may be said to combine all the essence, the varieties, and the beau-
ties of Christian Architecture,—having found that the Architectural
Antiquities, though amusing and gratifying to many students, was not
sufficiently scientific and systematic for others;—knowing that the
subject had excited much popular attention, and that something like
a grammatical or scientific treatise was wanted, I was impelled to
announce the present volume, in the year 1818. From the experience
of that time, and the collections then made, I neither anticipated
difficulty nor unreasonable delay: but experience and collections have
both progressively increased ; and instead of promoting and facilitating
the task of execution, the one has rendered the mind more scrupulous,
and the other has occasioned more labour and difficulty.

The former four volumes were fortunately completed, not only

%* The Initial Letter is from a MS. of the tenth century, in Salisbury Cathedral.