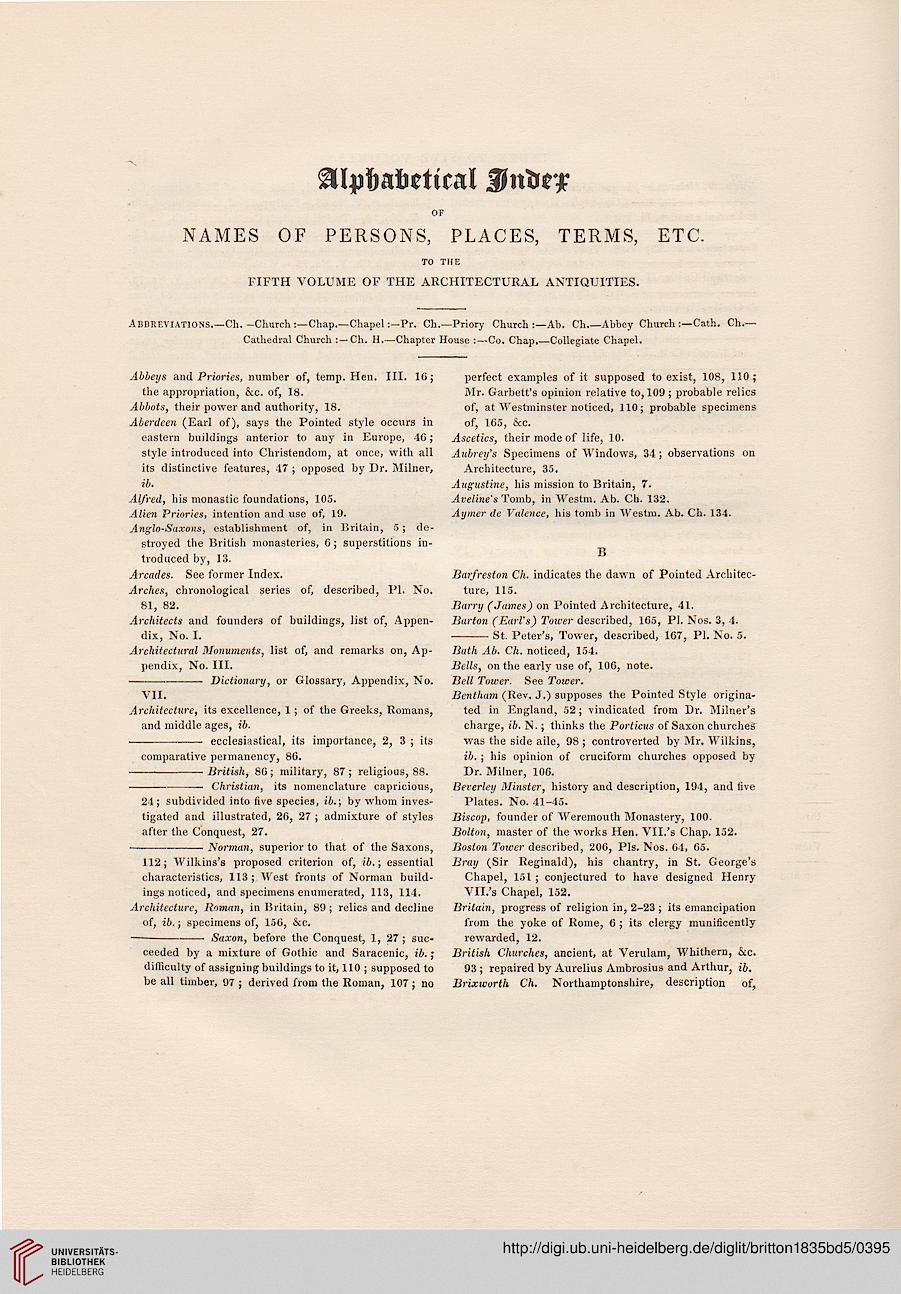 FIFTH VOLUME OF THE ARCHITECTURAL ANTIQUITIES.

the appropriation, &c. of, 18.
Abbots, their power and authority, 18.
Aberdeen (Earl of), says the Pointed style occurs in

eastern buildings anterior to any in Europe, 46;

style introduced into Christendom, at once, with all

Alien Priories, intention and use of, 19.

Anglo-Saxons, establishment of, in Britain, 5; de-
stroyed the British monasteries, 6; superstitions in-
troduced by, 13.

Architects and founders of buildings, list of, Appen-
dix, No. I.

Architectural Monuments, list of, and remarks on, Ap-
pendix, No. III.

---Dictionary, or Glossary, Appendix, No.

Architecture, its excellence, 1; of the Greeks, Romans,
and middle ages, ib.

24; subdivided into five species, ib.; by whom inves-
tigated and illustrated, 26, 27 ; admixture of styles
after the Conquest, 27.

--Norman, superior to that of the Saxons,

Aubrey's Specimens of Windows, 34; observations on

Britain, progress of religion in, 2-23 ; its emancipation
from the yoke of Rome, 6 ; its clergy munificently
rewarded, 12.