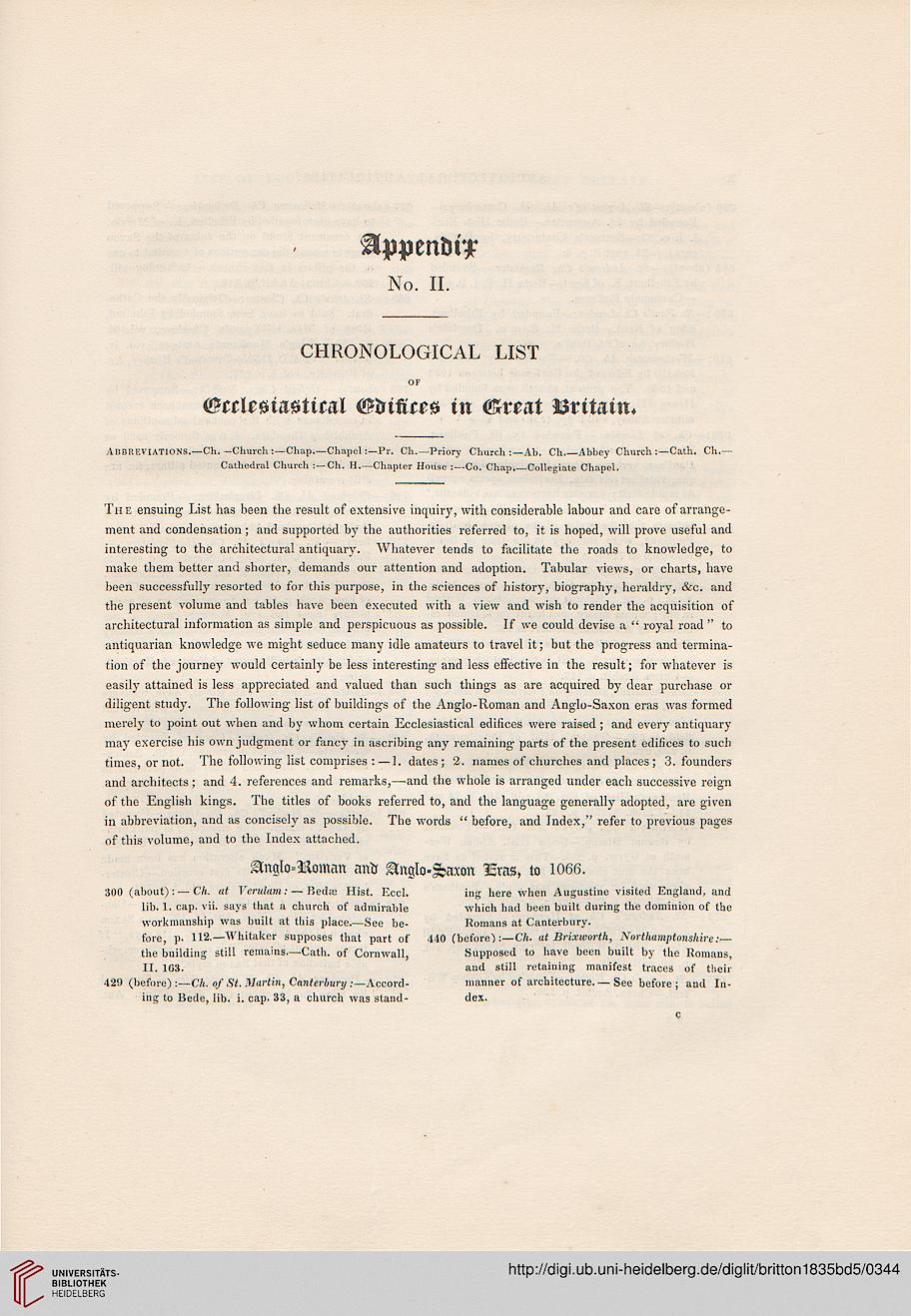 The ensuing List has been the result of extensive inquiry, with considerable labour and care of arrange-
ment and condensation ; and supported by the authorities referred to, it is hoped, will prove useful and
interesting to the architectural antiquary. Whatever tends to facilitate the roads to knowledge, to
make them better and shorter, demands our attention and adoption. Tabular views, or charts, have
been successfully resorted to for this purpose, in the sciences of history, biography, heraldry, &c. and
the present volume and tables have been executed with a view and wish to render the acquisition of
architectural information as simple and perspicuous as possible. If we could devise a " royal road " to
antiquarian knowledge we might seduce many idle amateurs to travel it; but the progress and termina-
tion of the journey would certainly be less interesting and less effective in the result; for whatever is
easily attained is less appreciated and valued than such things as are acquired by dear purchase or
diligent study. The following list of buildings of the Anglo-Roman and Anglo-Saxon eras was formed
merely to point out when and by whom certain Ecclesiastical edifices were raised ; and every antiquary
may exercise his own judgment or fancy in ascribing any remaining parts of the present edifices to such
times, or not. The following list comprises : — 1. dates; 2. names of churches and places; 3. founders
and architects; and 4. references and remarks,—and the whole is arranged under each successive reign
of the English kings. The titles of books referred to, and the language generally adopted, are given
in abbreviation, and as concisely as possible. The words " before, and Index," refer to previous pages
of this volume, and to the Index attached.

lib. 1. cap. vii. says that a church of admirable which had been built during the dominion of the

workmanship was built at this place.—See be- Romans at Canterbury.

the building still remains.—Cath. of Cornwall, Supposed to have been built by the Romans,

II. 103. and still retaining manifest traces of their