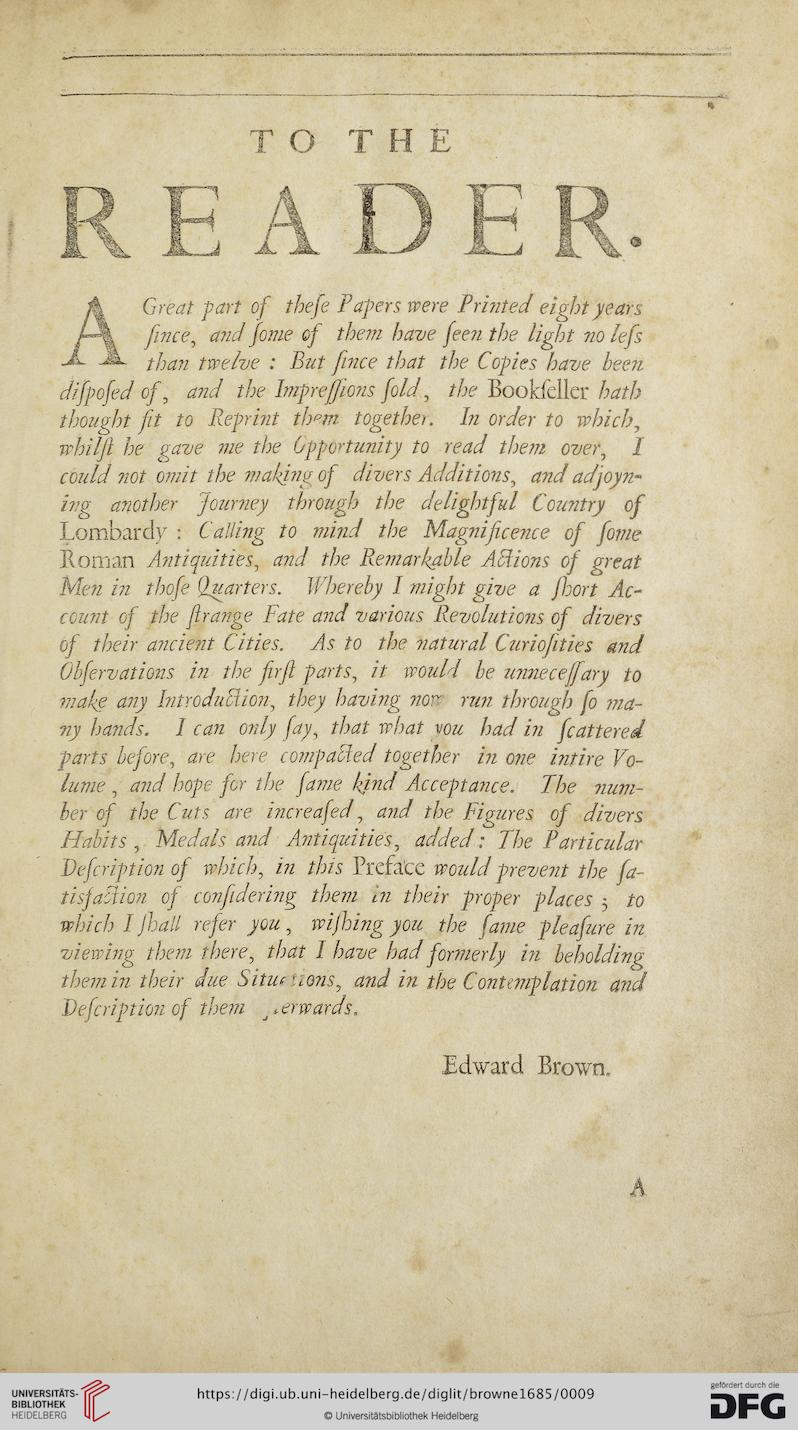 Scroll
OCR fulltext
Information about OCR text
A Great part o f thefe Papers were Printed eight years
fence, and feme os them have seen the light no lefs
tpan twelve : But fence that the Copies have been
difpofedof, and the Imprefelons [old, zAe Bookseller/Wj
thought fit to Reprint thpm together. In order to which,
whilfl he gave me the Opportunity to read them over, I
could not omit the making os divers Additions, and adjoyn-
ing another journey through the delightful Country of
Lombardy : Calling to mind the Magnificence os feme
Roman Antiquities, and the Remarkable Adions of great
Men in thofe Quarters. Whereby I might give a fhort Ac-
count os the jlrange Fate and various Revolutions os divers
of their ancient Cities. As to the natural Curiofeties and
Obfervations in the fir fl parts, it would be unneceffary to
make any Introduction, they having now run through so ma-
ny hands. I can only fay, that what vou had in ssattered
parts before, are here compacted together in one intire Vo-
lume , and hope for the fame kind Acceptance. The num-
ber of the Cuts are increased, and the Figures os divers
Habits , Medals and Antiquities, added: The Particular
Vefcription of which, in this Preface would prevent the sa-
tisfaStion of conflidering them in their proper places 5 to
which I [ball reser you , wifbing you the same pleasure in
viewing them there, that I have had formerly in beholding
them in their due Situations, and in the Contemplation and
Vefcription of them awards.