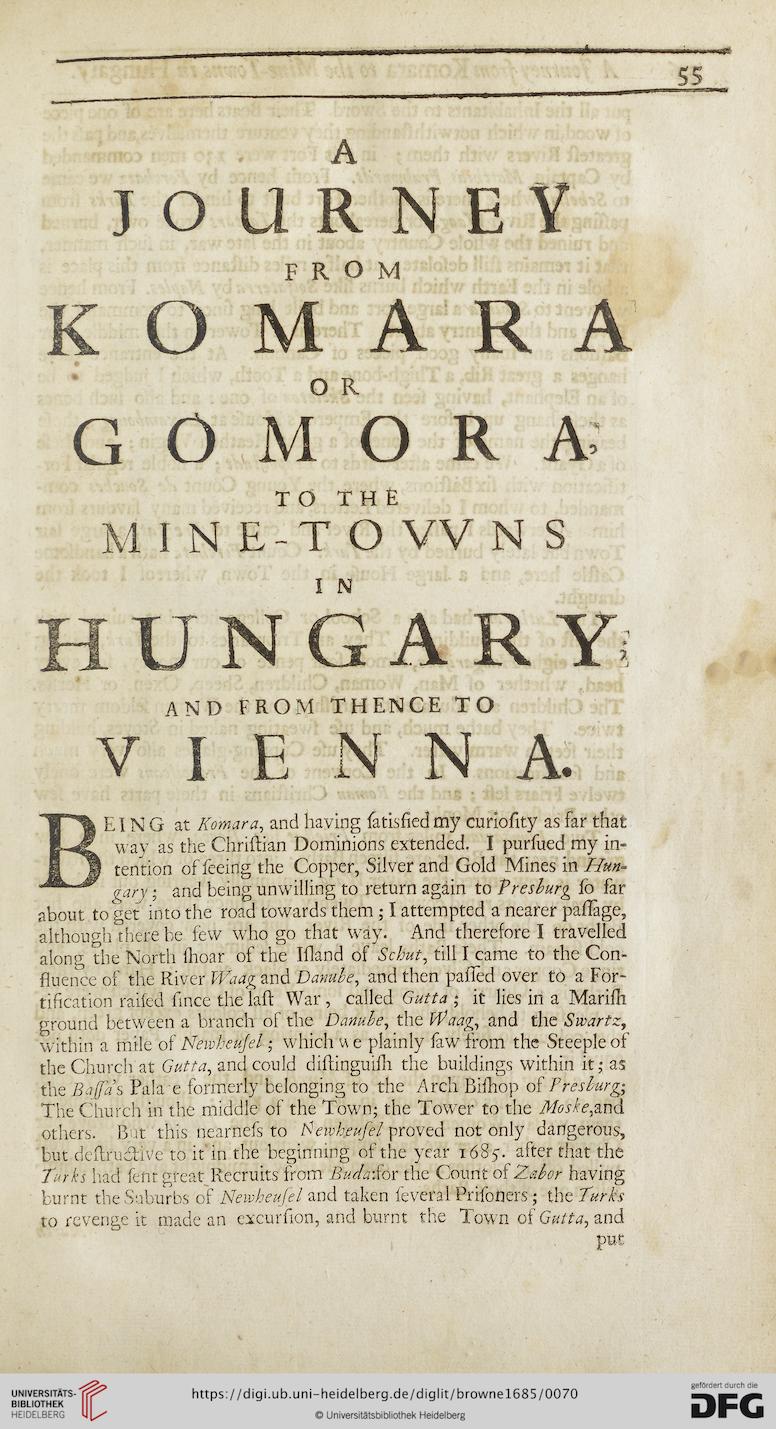 AND FROM THENCE TO
VIENNA.

EIN G at Komar a, and having satisfied my curiossty as far that
way as the Christian Dominions extended. I pursued my in-
tention of seeing the Copper, Silver and Gold Mines in Hun-
gary ; and being unwilling to return again to Treslurg so far
about to get into the road towards them; I attempted a nearer passage,
although there be few who go that way. And therefore I travelled
along the North shoar of the Island of Scbut, till I came to the Con-
ssuence of the River Waag and Danube, and then palled over to a For-
tification railed since the lafl: War, called Gutta ; it lies in a Marissi
ground between a branch of the Danube, the Vtfaag, and the Swartz,
within a mile of Neivbeujel; which we plainly law from the Steeple of
the Church at Gutta, and could distinguissi the buildings within it; as
the Baffds Pala e formerly belonging to the Arch Bilhop of Bresburgt,
The Church in the middle of the Town; the Tower to the A/i/js^and
others. But this nearness to Bewbeufel proved not only dangerous,
but dcstructive to it in the beginning of the year 1685'. after that the
Turks had sent great Recruits from BurlaSor the Count of Zabor having
burnt the Suburbs os Newheufel and taken several Prisoners; the Turks
to revenge it made an excursion, and burnt the Town of Gutta, and