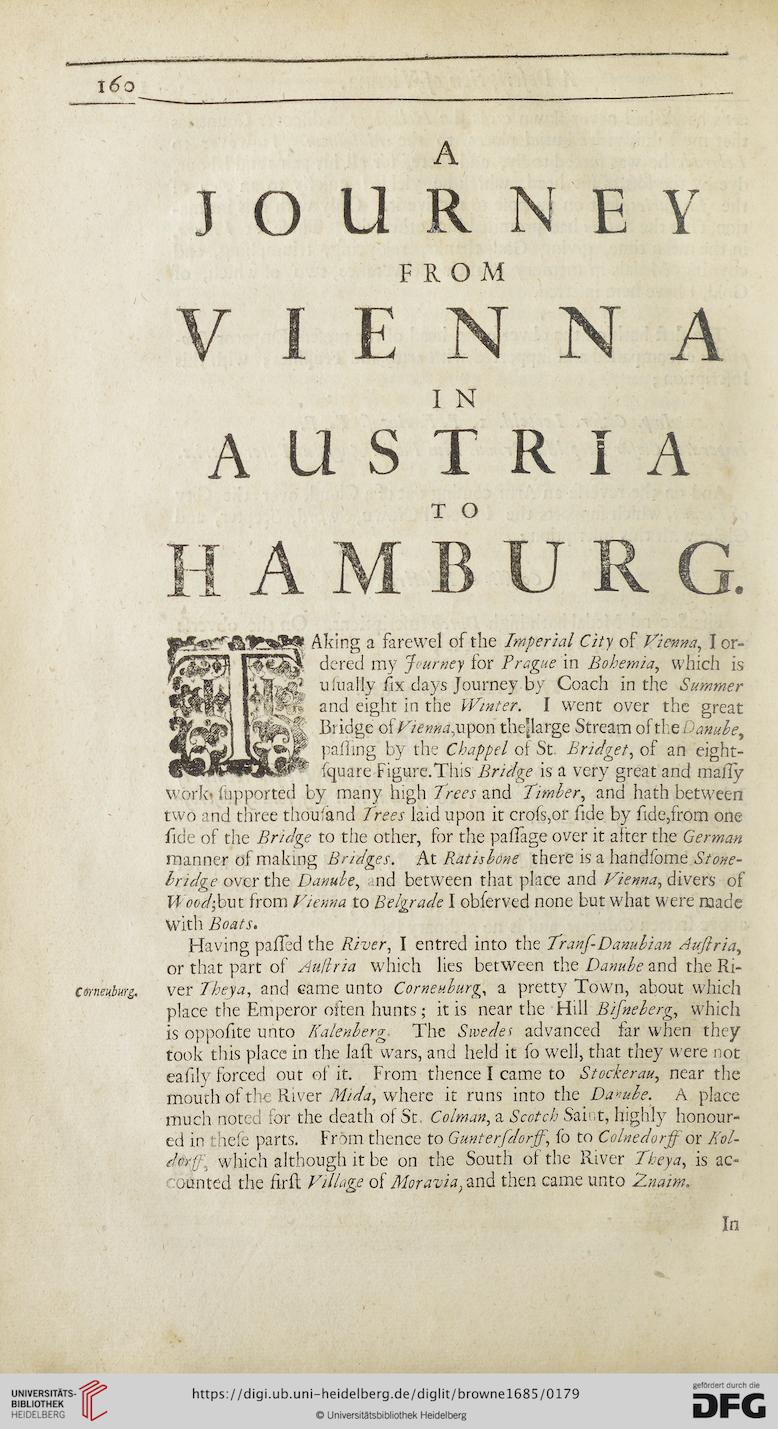 A
JOURNEY
FROM
VIENNA
AUSTRIA


Aking a farewel of the Imperial City of Vienna, I or-
dered my Journey for Prague in Bohemia, which is
usually six days Journey by Coach in the Summer
and eight in the Winter. I went over the great
Bridge os Fz<?^,upon theparge Stream of thesJzwZ?,
palling by the Chappel of St Bridget, of an eight-
iquare Figure.This Bridge is a very great and mally
work- supported by many high Trees and Timber, and hath between
two and three thousand Trees laid upon it cross,or side by side,from one
side of the Bridge to the other, for the palsage over it after the German
manner of making Bridges. At Ratisbone there is a handsome Stone-
bridge over the Danube, and between that place and Vienna, divers of
FEWjbut from Vienna to Belgrade I observed none but what were made
With Boats,
Having palled the River, I entred into the Tranf-Danubian Aufiria,
or that part of Au/lria which lies between the Danube and the Ri-
Cstnubwg. ver Theya, and came unto Corneuburg, a pretty Town, about which
place the Emperor often hunts; it is near the Hill Bifneberg, which
is opposite unto Kalenberg, The Swedes advanced far when they
took this place in the last wars, and held it so well, that they were not
easily forced out of it. From thence I came to Stockerau, near the
mouth of the River Mida, where it runs into the Danube. K place
much noted for the death of St. Colman, a Scotch Saint, highly honour-
ed in these parts. From thence to Gunterfdorff, so to Colnedorff or A'ol-
dcr(p which although it be on the South of the River Theya, is ac-
counted the firlt Village of AZi?wz^and then came unto Tinatin.