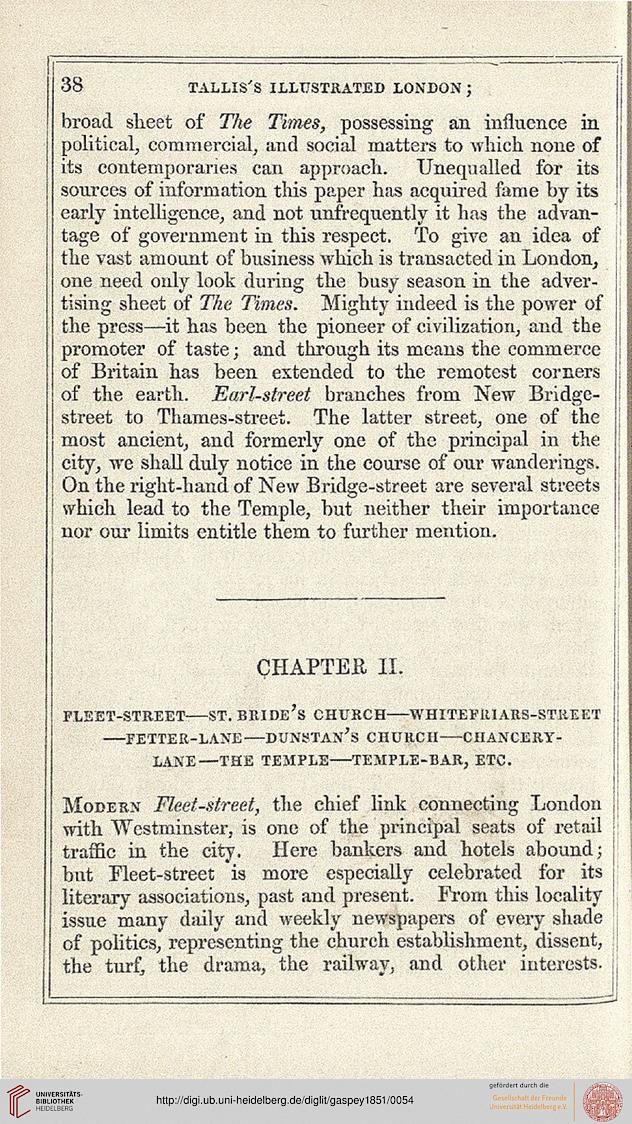 broad sheet of The Times, possessing an. influence in
political, commercial, and social matters to which none of
its contemporaries can approach. Unequalled for its
sources of information this paper has acquired fame by its
early intelligence, and not unfrequcntly it has the advan-
tage of government in this respect. To give an idea of
the vast amount of business which is transacted in London,
one need only look during the busy season in the adver-
tising sheet of The Times. Mighty indeed is the power of
the press—it has been the pioneer of civilization, and the
promoter of taste; and through its means the commerce
of Britain has been extended to the remotest corners
of the earth. Earl-street branches from New Bridge-
street to Thames-street. The latter street, one of the
most ancient, and formerly one of the principal in the
city, we shall duly notice in the course of our wanderings.
On the right-hand of New Bridge-street are several streets
which lead to the Temple, but neither their importance
nor our limits entitle them to further mention.

Modern Fleet-street, the chief link connecting Loudon
with "Westminster, is one of the principal seats of retail
traffic in the city. Here bankers and hotels abound;
but Fleet-street is more especially celebrated for its
literary associations, past and present. Prom this locality
issue many daily and weekly newspapers of every shade
of politics, representing the church establishment, dissent,
the turf, the drama, the railway, and other interests.