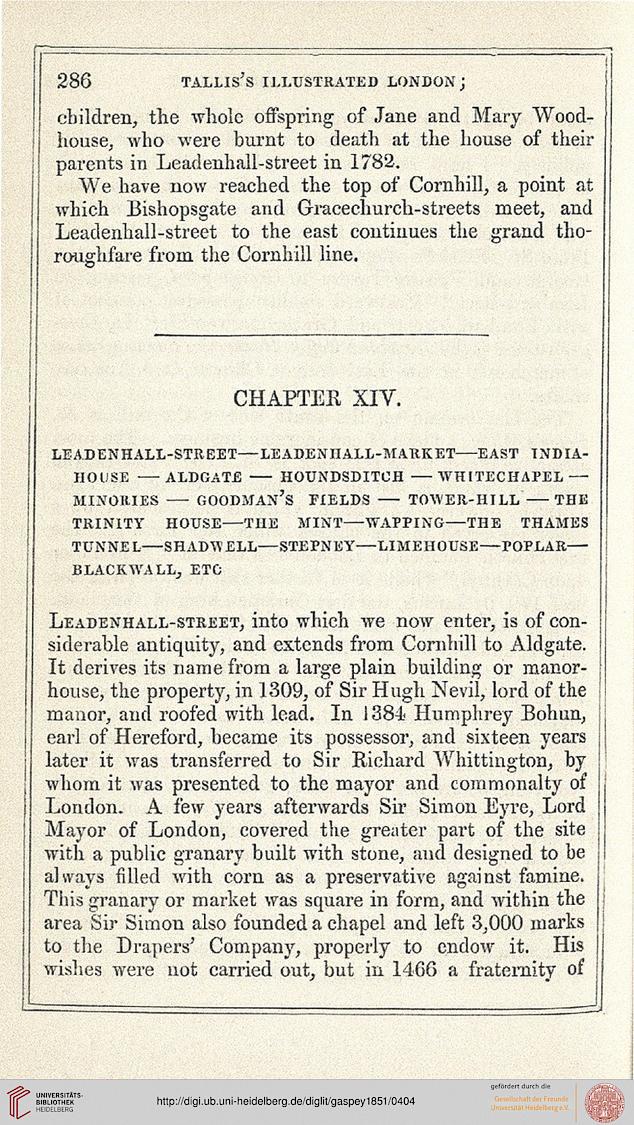 children, the whole offspring of Jane and Mary Wood-
house, who were burnt to death at the house of their
parents in Leadenhall-street in 1782.

We have now reached the top of Cornhill, a point at
which Bishopsgate and Grace church-streets meet, and
Leadenhall-street to the east continues the grand tho-
roughfare from the Cornhill line.

Leadenhall-street, into which we now enter, is of con-
siderable antiquity, and extends from Cornhill to Aldgate.
It derives its name from a large plain building or manor-
house, the property, in 1309, of Sir Hugh Nevil, lord of the
manor, and roofed with lead. In 1384 Humphrey Bohun,
carl of Hereford, became its possessor, and sixteen years
later it was transferred to Sir Richard Whittington, bj
whom it was presented to the mayor and commonalty of
London. A few years afterwards Sir Simon Eyre, Lord
Mayor of London, covered the greater part of the site
with a public granary built with stone, and designed to he
always filled with corn as a preservative against famine.
This granary or market was square in form, and within the
area Sir Simon also founded a chapel and left 3,000 marks
to the Drapers' Company, properly to endow it. His
wishes were not carried out, but in 1466 a fraternity of