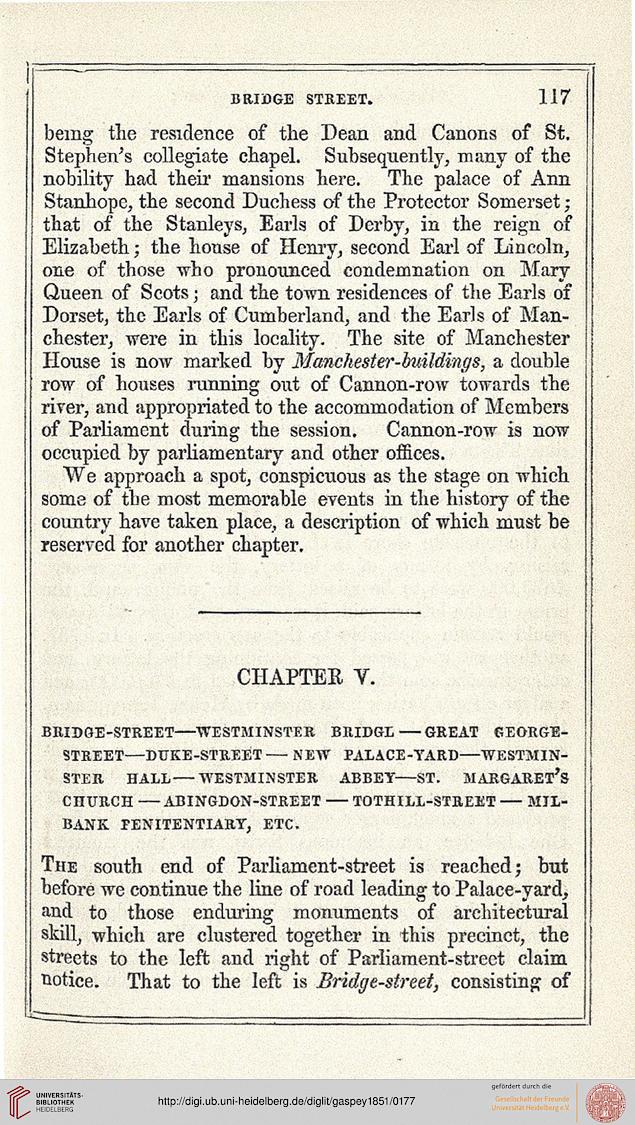 being the residence of the Dean and Canons of St.
Stephen's collegiate chapel. Subsequently, many of the
nobility had their mansions here. The palace of Ann
Stanhope, the second Duchess of the Protector Somerset;
that of the Stanleys, Earls of Derby, in the reign of
Elizabeth; the house of Henry, second Earl of Lincoln,
one of those who pronounced condemnation on Mary
Queen of Scots; and the town residences of the Earls of
Dorset, the Earls of Cumberland, and the Earls of Man-
chester, were in this locality. The site of Manchester
House is now marked by Manchester-buildings, a double
row of houses running out of Cannon-row towards the
river, and appropriated to the accommodation of Members
of Parliament during the session. Cannon-row is now
occupied by parliamentary and other offices.

"We approach a spot, conspicuous as the stage on which
some of the most memorable events in the history of the
country have taken place, a description of which must be
reserved for another chapter.