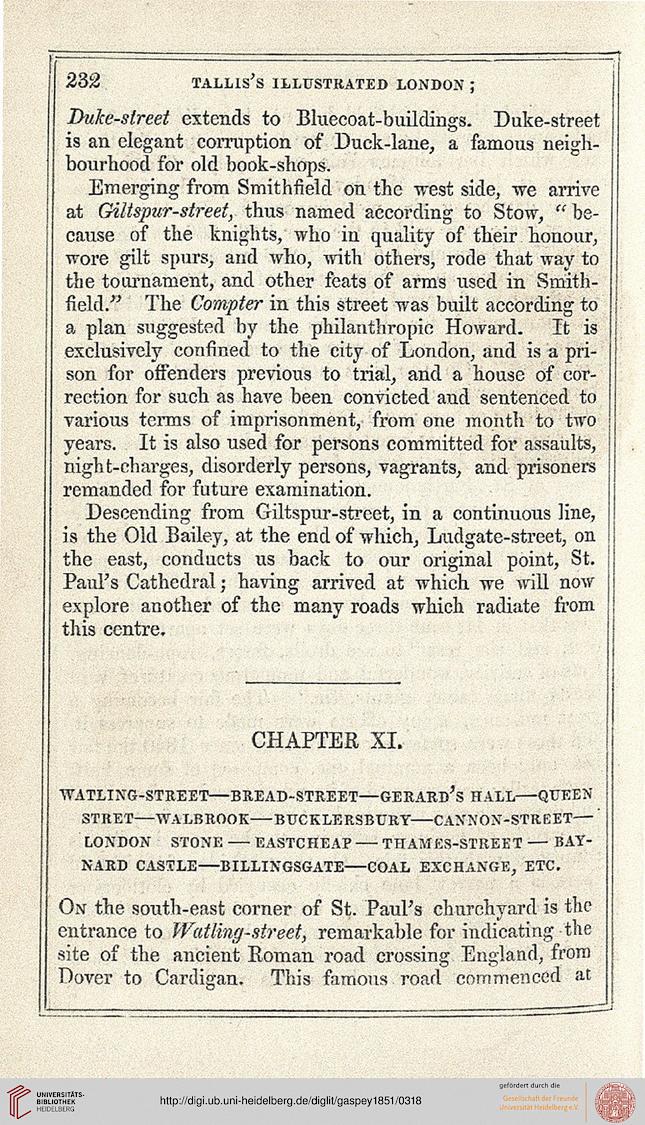 ^merging from Smithfield on the west side, -we arrive
at Giltspur-street, thus named according to Stow, "be-
cause of the knights, who in quality of their honour,
wore gilt spurs; and who, with others, rode that way to
the tournament, and other feats of arms used in Smith-
field." The Compter in this street was built according to
a plan suggested by the philanthropic Howard. It is
exclusively confined to the city of London, and is a pri-
son for offenders previous to trial, and a house of cor-
rection for such as have been convicted and sentenced to
various terms of imprisonment, from one month to two
years. It is also used for persons committed for assaults,
night-charges, disorderly persons, vagrants, and prisoners
remanded for future examination.

Descending from Giltspur-strcet, in a continuous line,
is the Old Bailey, at the end of which, Ludgate-street, on
the east, conducts us back to our original point, St.
Paul's Cathedral; having arrived at which vfe will now
explore another of the many roads which radiate from
this centre.

On the south-east corner of St. Paul's churchyard is the
entrance to Watling-street, remarkable for indicating the
site of the ancient Roman road crossing England, from
Dover to Cardigan. This famous road commenced at