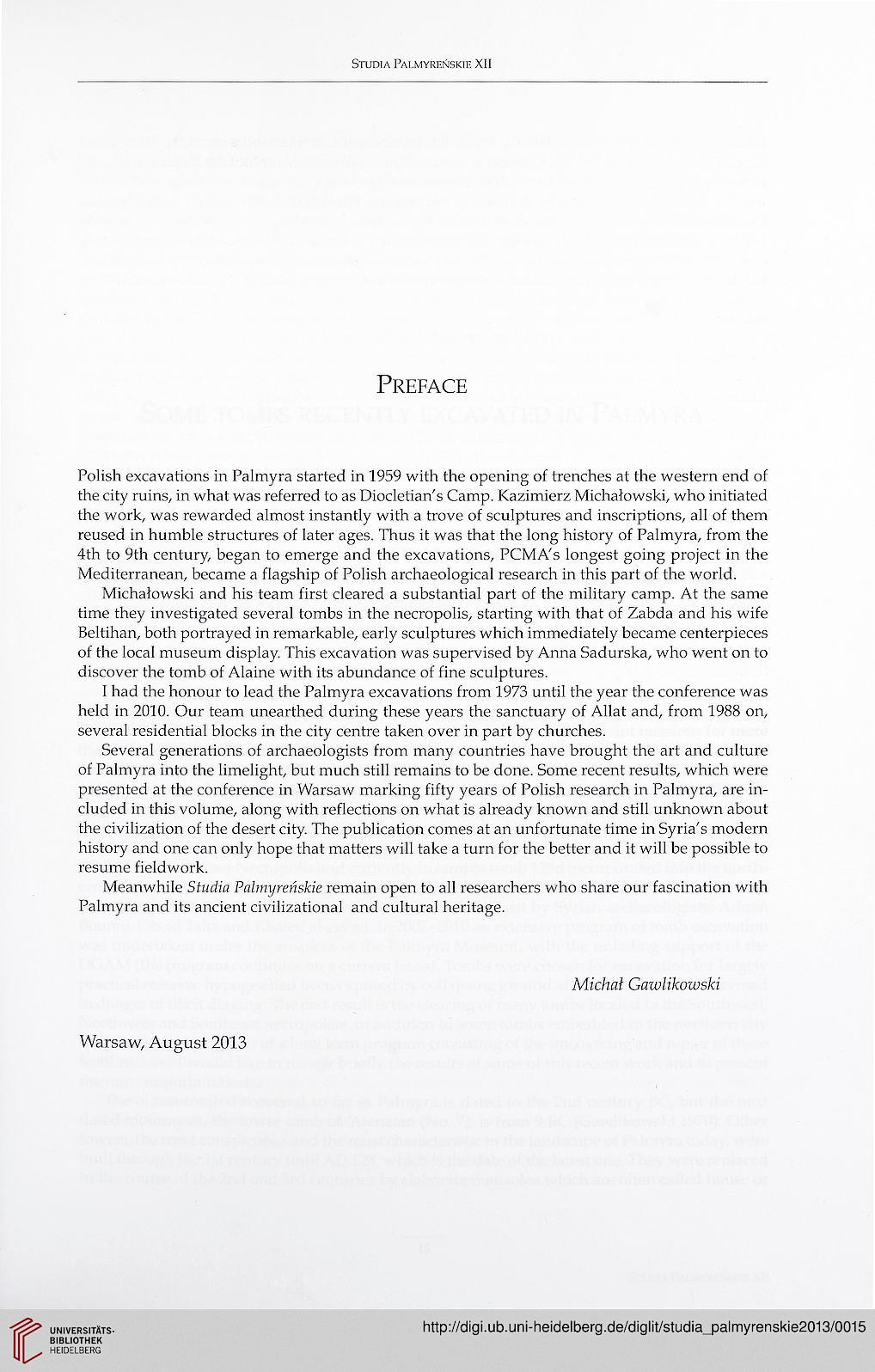 Polish excavations in Palmyra started in 1959 with the opening of trenches at the western end of
the city ruins, in what was referred to as Diocletian's Camp. Kazimierz Michałowski, who initiated
the work, was rewarded almost instantly with a trove of sculptures and inscriptions, all of them
reused in humble structures of later ages. Thus it was that the long history of Palmyra, from the
4th to 9th century, began to emerge and the excavations, PCMA's łongest going project in the
Mediterranean, became a flagship of Polish archaeological research in this part of the world.

Michałowski and his team first cleared a substantial part of the military camp. At the same
time they investigated several tombs in the necropolis, starting with that of Zabda and his wife
Beltihan, both portrayed in remarkable, early sculptures which immediately became centerpieces
of the local museum display. This excavation was supervised by Anna Sadurska, who went on to
discover the tomb of Alaine with its abundance of fine sculptures.

I had the honour to lead the Palmyra excavations from 1973 until the year the conference was
held in 2010. Our team unearthed during these years the sanctuary of Allat and, from 1988 on,
several residential blocks in the city centre taken over in part by churches.

Several generations of archaeologists from many countries have brought the art and culture
of Palmyra into the limelight, but much still remains to be done. Some recent results, which were
presented at the conference in Warsaw marking fifty years of Polish research in Palmyra, are in-
cluded in this volume, along with reflections on what is already known and still unknown about
the civilization of the desert city. The publication comes at an unfortunate time in Syria's modern
history and one can only hope that matters will take a turn for the better and it will be possible to
resume fieldwork.

Meanwhile Studia Palmyreńskie remain open to all researchers who share our fascination with
Palmyra and its ancient civilizational and cultural heritage.