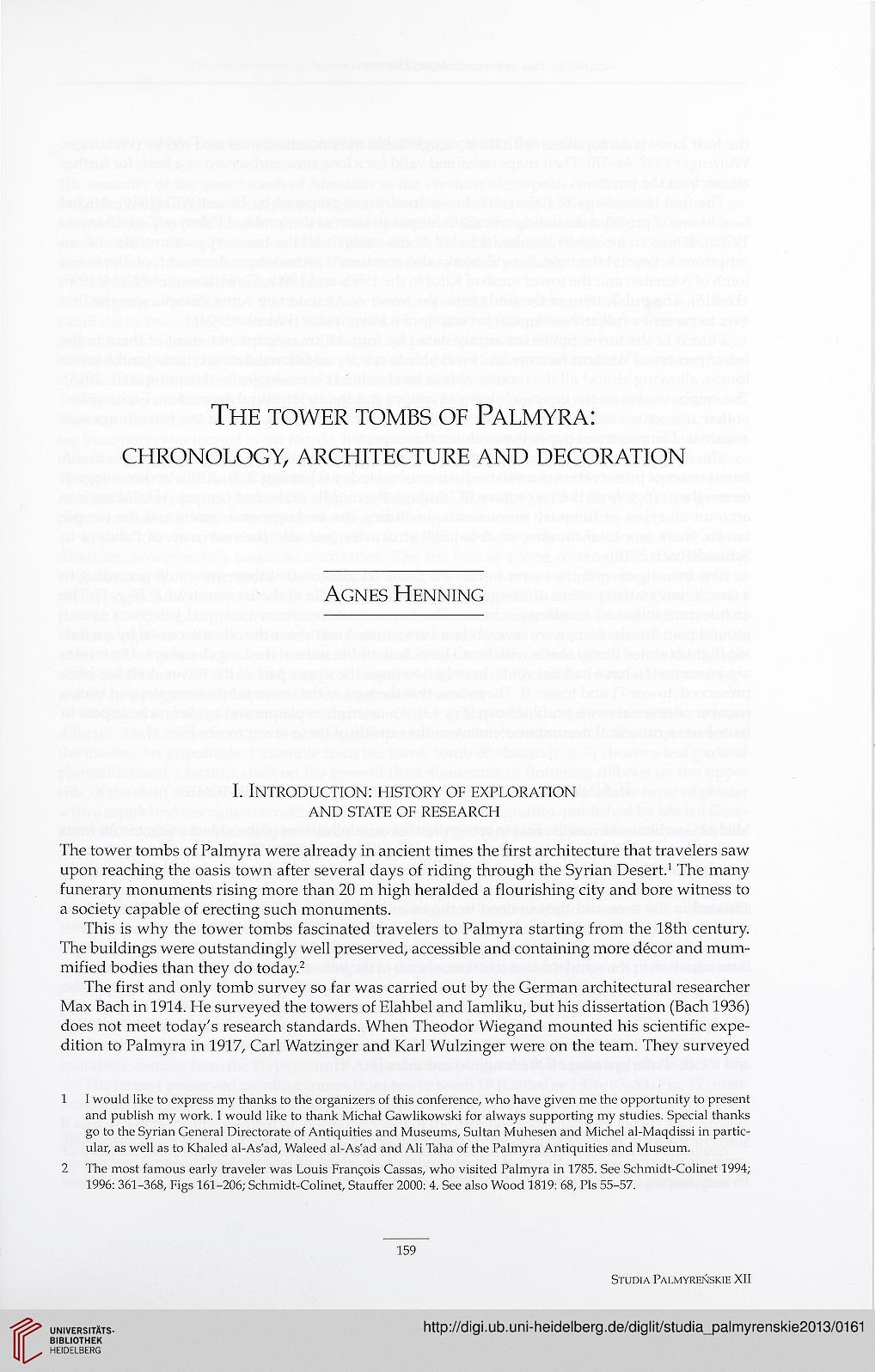 Information about OCR text
The tower tombs of Palmyra:

AND STATE OF RESEARCH

The tower tombs of Palmyra were already in ancient times the first architecture that travelers saw
upon reaching the oasis town after several days of riding through the Syrian Desert.1 The many
funerary monuments rising morę than 20 m high heralded a flourishing city and borę witness to
a society capable of erecting such monuments.

This is why the tower tombs fascinated travelers to Palmyra starting from the 18th century.
The buildings were outstandingly well preserved, accessible and containing morę decor and mum-
mified bodies than they do today.2

The first and only tomb survey so far was carried out by the German architectural researcher
Max Bach in 1914. He surveyed the towers of Elahbel and Iamliku, but his dissertation (Bach 1936)
does not meet today's research standards. When Theodor Wiegand mounted his scientific expe-
dition to Palmyra in 1917, Carl Watzinger and Karl Wulzinger were on the team. They surveyed

1 I would like to express my thanks to the organizers of this conference, who have given me the opportunity to present
and publish my work. I would like to thank Michał Gawlikowski for always supporting my studies. Special thanks
go to the Syrian General Directorate of Antiąuities and Museums, Sułtan Muhesen and Michel al-Maqdissi in partic-
ular, as well as to Khaled al-As'ad, Waleed al-As'ad and Ali Taha of the Palmyra Antiąuities and Museum.