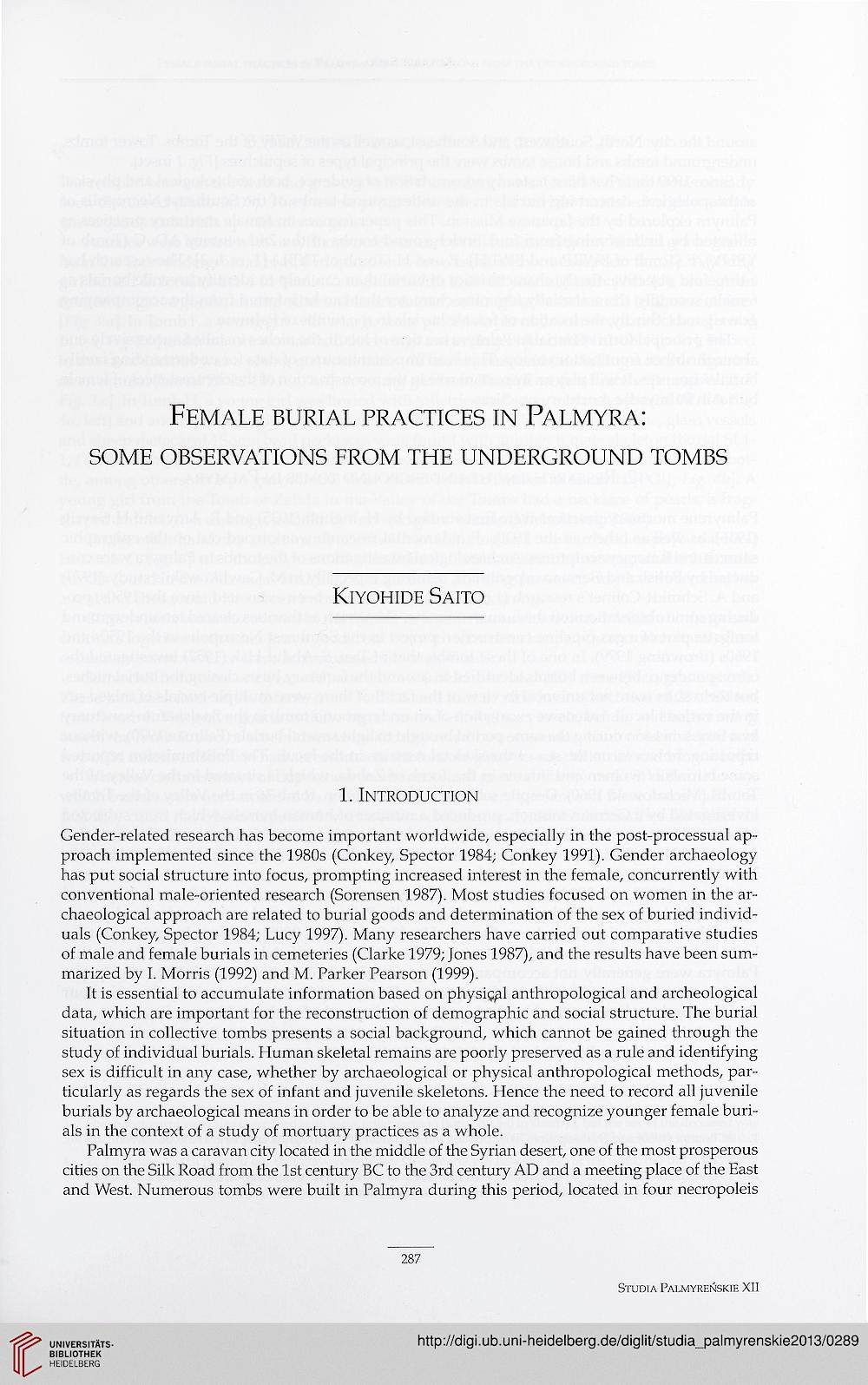 SOME OBSERYATIONS FROM THE UNDERGROUND TOMBS

Gender-related research has become important worldwide, especially in the post-processual ap-
proach implemented sińce the 1980s (Conkey, Spector 1984; Conkey 1991). Gender archaeology
has put social structure into focus, prompting increased interest in the female, concurrently with
conyentional male-oriented research (Sorensen 1987). Most studies focused on women in the ar~
chaeological approach are related to burial goods and determination of the sex of buried individ~
uals (Conkey, Spector 1984; Lucy 1997). Many researchers have carried out comparative studies
of małe and female burials in cemeteries (Ciarkę 1979; Jones 1987), and the results have been sum-
marized by I. Morris (1992) and M. Parker Pearson (1999).

It is essential to accumulate information based on physięgl anthropological and archeological
data, which are important for the reconstruction of demographic and social structure. The burial
situation in collective tombs presents a social background, which cannot be gained through the
study of individual burials. Humań skeletal remains are poorly preserved as a rule and identifying
sex is difficult in any case, whether by archaeological or physical anthropological methods, par-
ticularly as regards the sex of infant and juvenile skeletons. Hence the need to record all juvenile
burials by archaeological means in order to be able to analyze and recognize younger female buri-
als in the context of a study of mortuary practices as a whole.

Palmyra was a caravan city located in the middle of the Syrian desert, one of the most prosperous
cities on the Silk Road from the lst century BC to the 3rd century AD and a meeting place of the East
and West. Numerous tombs were built in Palmyra during this period, located in four necropoleis