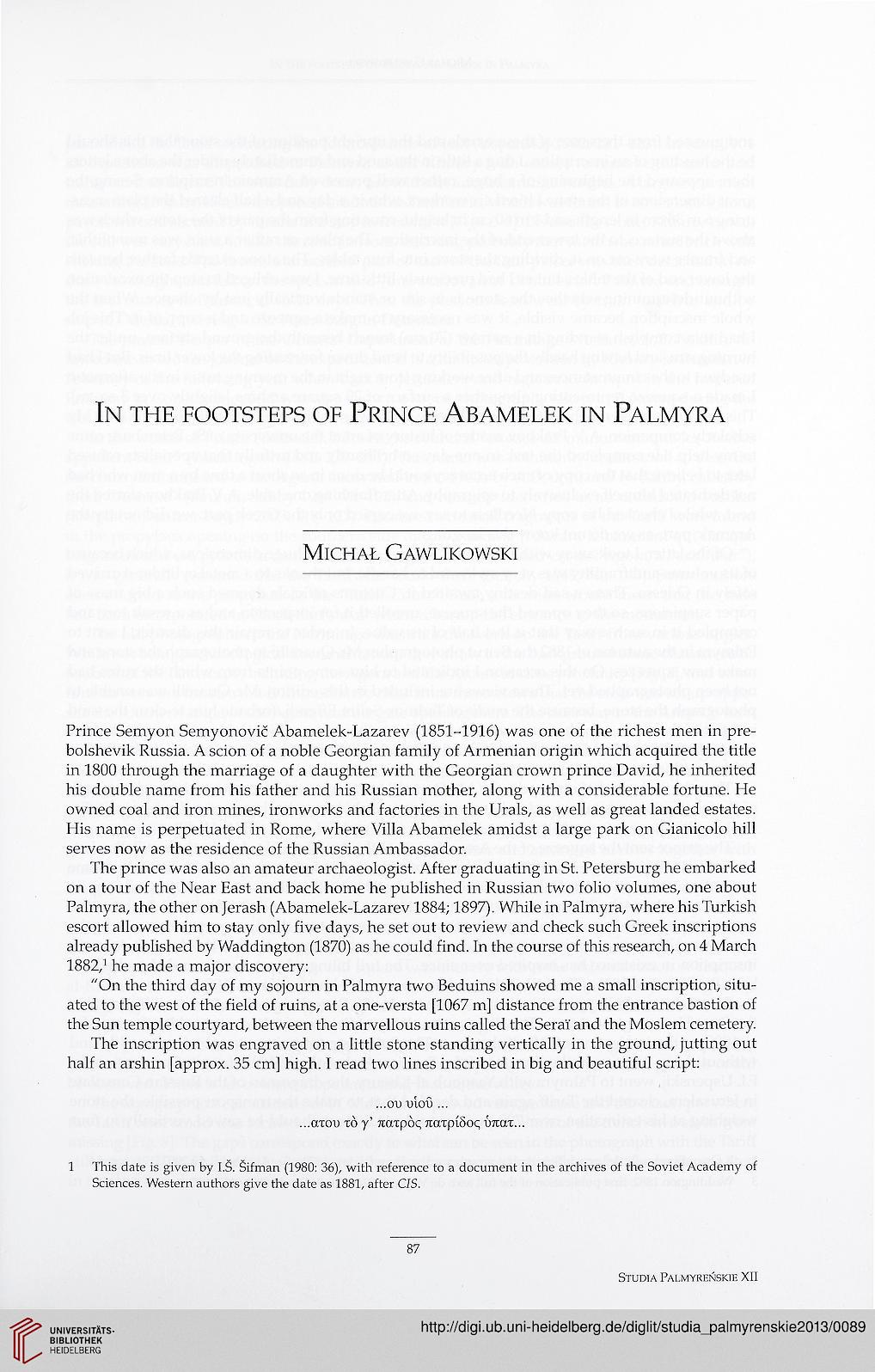 Prince Semyon Semyonović Abamelek-Lazarev (1851-1916) was one of the richest men in pre-
bolshevik Russia. A scion of a noble Georgian family of Armenian origin which acąuired the title
in 1800 through the marriage of a daughter with the Georgian crown prince David, he inherited
his double name from his father and his Russian mother, along with a considerable fortunę. He
owned coal and iron mines, ironworks and factories in the Urals, as well as great landed estates.
His name is perpetuated in Romę, where Villa Abamelek amidst a large park on Gianicolo hill
serves now as the residence of the Russian Ambassador.

The prince was also an amateur archaeologist. After graduating in St. Petersburg he embarked
on a tour of the Near East and back home he published in Russian two folio volumes, one about
Palmyra, the other on Jerash (Abamelek-Lazarev 1884; 1897). While in Palmyra, where his Turkish
escort allowed him to stay only five days, he set out to review and check such Greek inscriptions
already published by Waddington (1870) as he could find. In the course of this research, on 4 March
1882,1 he madę a major discovery:

"On the third day of my sojourn in Palmyra two Beduins showed me a smali inscription, situ-
ated to the west of the field of ruins, at a one~versta [1067 m] distance from the entrance bastion of
the Sun tempie courtyard, between the marvellous ruins called the Sera! and the Mosiem cemetery.

The inscription was engraved on a little stone standing vertically in the ground, jutting out
half an arshin [approx. 35 cm] high. I read two lines inscribed in big and beautiful script:

1 This datę is given by I.Ś. Śifman (1980: 36), with reference to a document in the archives of the Soviet Academy of
Sciences. Western authors give the datę as 1881, after CIS.