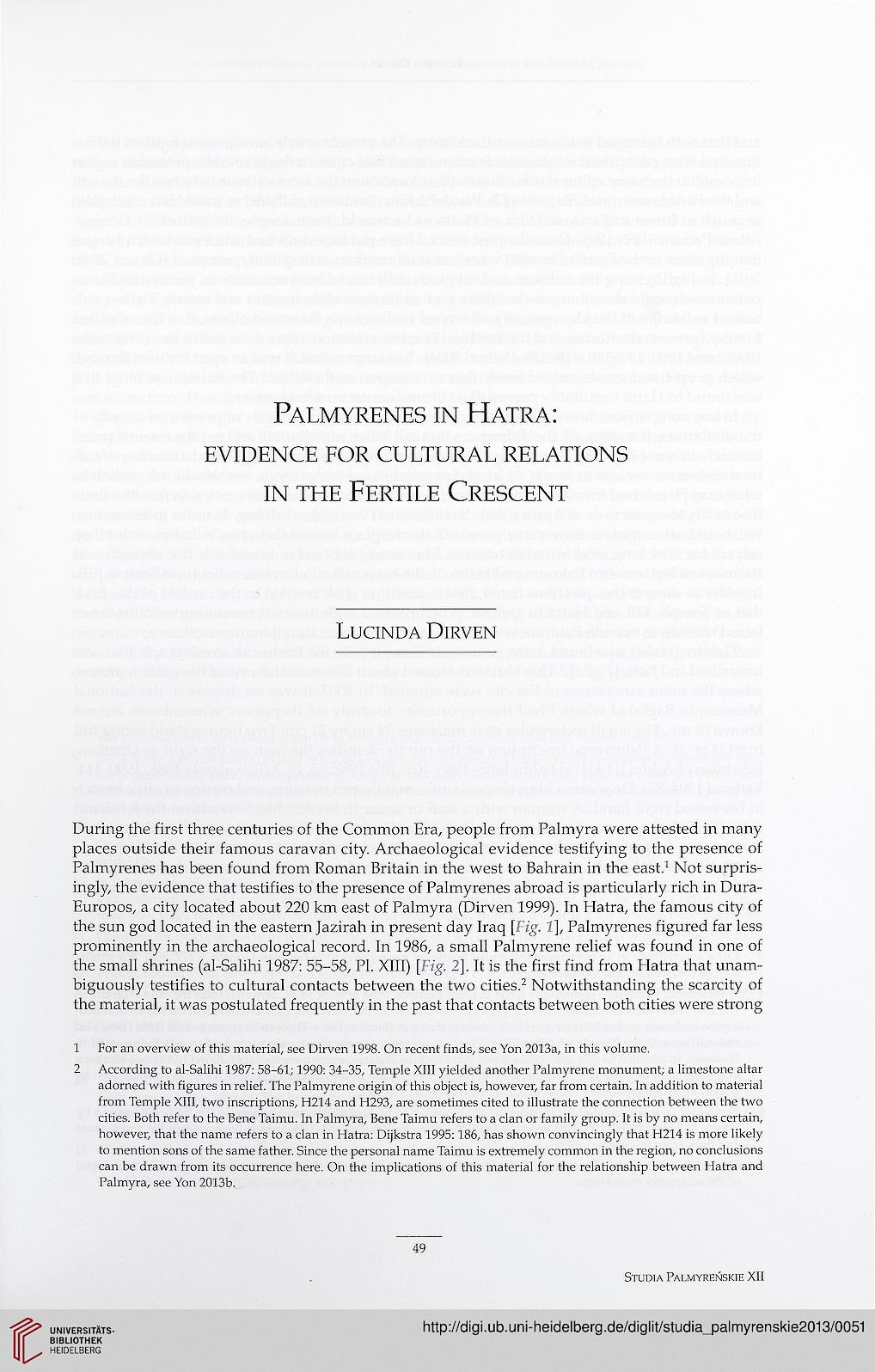 in the Fertile Crescent

During the first three centuries of the Common Era, people from Palmyra were attested in many
places outside their famous caravan city. Archaeological evidence testifying to the presence of
Palmyrenes has been found from Roman Britain in the west to Bahrain in the east.1 Not surpris-
ingly, the evidence that testifies to the presence of Palmyrenes abroad is particularly rich in Dura-
Europos, a city located about 220 km east of Palmyra (Dirven 1999). In Hatra, the famous city of
the sun god located in the eastern Jazirah in present day Iraq [Fig. 1], Palmyrenes figured far less
prominently in the archaeological record. In 1986, a smali Palmyrene relief was found in one of
the smali shrines (al-Salihi 1987: 55-58, PI. XIII) [Fig. 2], It is the first find from Hatra that unam-
biguously testifies to cultural contacts between the two cities.2 Notwithstanding the scarcity of
the materiał, it was postulated freąuently in the past that contacts between both cities were strong

2 According to al-Salihi 1987: 58-61; 1990: 34-35, Tempie XIII yielded another Palmyrene monument; a limestone altar
adorned with figures in relief. The Palmyrene origin of this object is, however, far from certain. In addition to materiał
from Tempie XIII, two inscriptions, H214 and H293, are sometimes cited to illustrate the connection between the two
cities. Both refer to the Bene Taimu. In Palmyra, Bene Taimu refers to a elan or family group. It is by no means certain,
however, that the name refers to a elan in Hatra: Dijkstra 1995:186, has shown convincingly that H214 is morę likely
to mention sons of the same father. Since the personal name Taimu is extremely common in the region, no conclusions
can be drawn from its occurrence here. On the implications of this materiał for the relationship between Hatra and
Palmyra, see Yon 2013b.