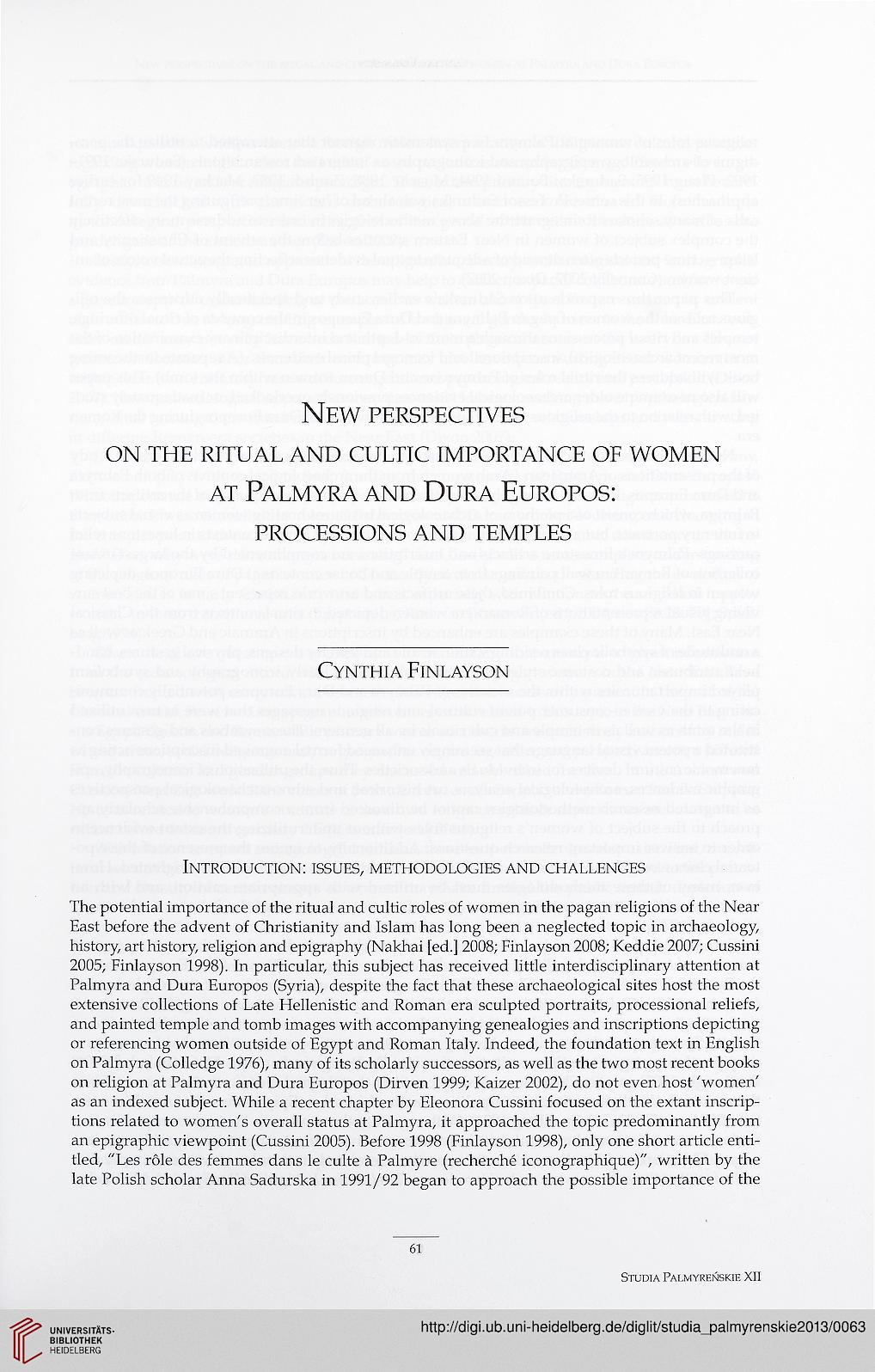 ON THE RITUAL AND CULTIC IMPORTANCE OF WOMEN

at Palmyra and Dura Europos:

The potential importance of the ritual and cultic roles of women in the pagan religions of the Near
East before the advent of Christianity and Islam has long been a neglected topie in archaeology,
history, art history, religion and epigraphy (Nakhai [ed.] 2008; Finlayson 2008; Keddie 2007; Cussini
2005; Finlayson 1998). In particular, this subject has received little interdisciplinary attention at
Palmyra and Dura Europos (Syria), despite the fact that these archaeological sites host the most
extensive collections of Late Hellenistic and Roman era sculpted portraits, processional reliefs,
and painted tempie and tomb images with accompanying genealogies and inscriptions depicting
or referencing women outside of Egypt and Roman Italy. Indeed, the foundation text in English
on Palmyra (Colledge 1976), many of its scholarly successors, as well as the two most recent books
on religion at Palmyra and Dura Europos (Dirven 1999; Kaizer 2002), do not even host 'women'
as an indexed subject. While a recent chapter by Eleonora Cussini focused on the extant inscrip-
tions related to women's overall status at Palmyra, it approached the topie predominantly from
an epigraphic viewpoint (Cussini 2005). Before 1998 (Finlayson 1998), only one short article enti-
tled, "Les role des femmes dans le culte a Palmyre (recherche iconographiąue)", written by the
late Polish scholar Anna Sadurska in 1991/92 began to approach the possible importance of the