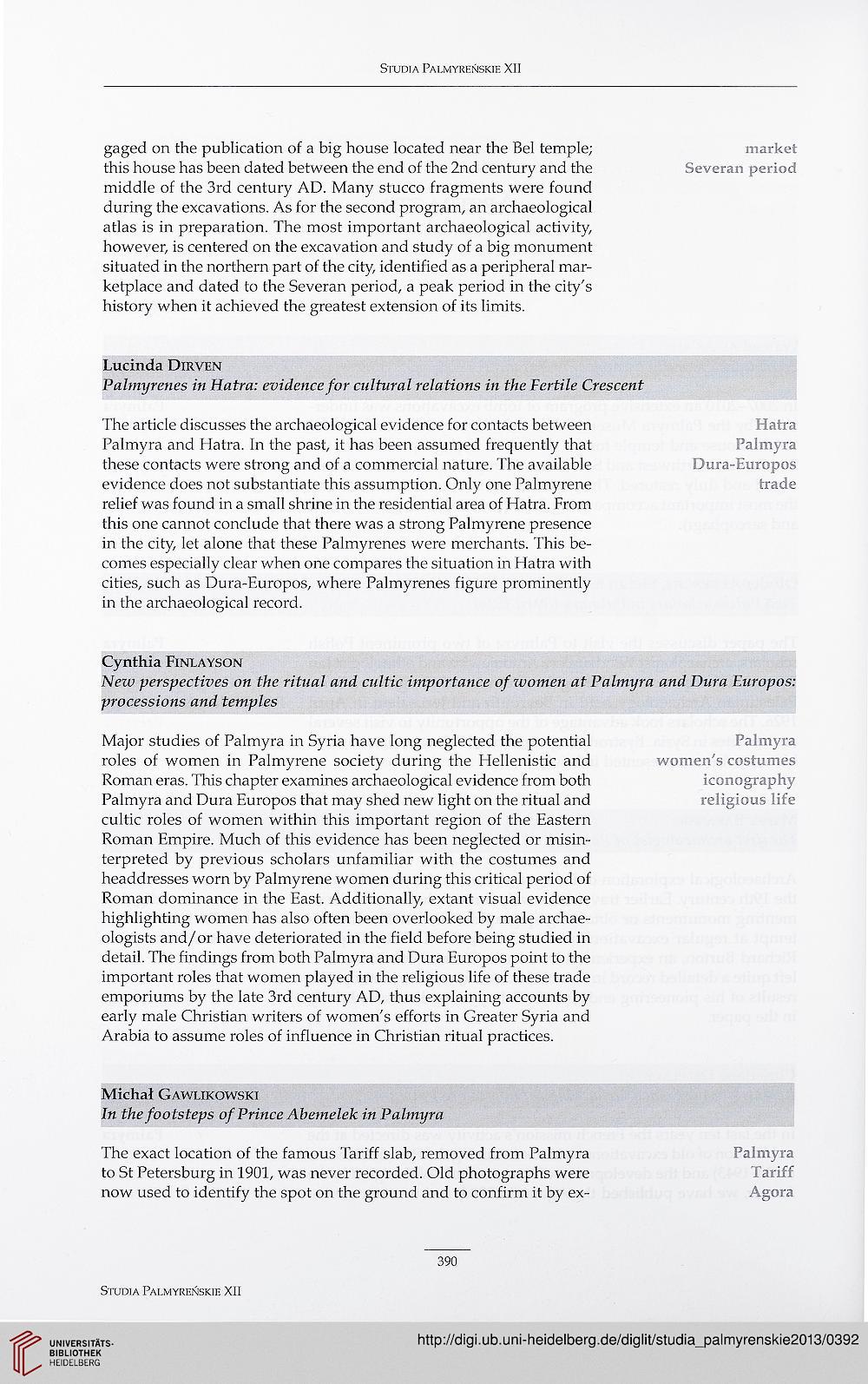 gaged on the publication of a big house located near the Bel tempie; market

middle of the 3rd century AD. Many stucco fragments were found

during the excavations. As for the second program, an archaeological

atlas is in preparation. The most important archaeological activity,

however, is centered on the excavation and study of a big monument

situated in the northern part of the city, identified as a peripheral mar-

ketplace and dated to the Severan period, a peak period in the city's

history when it achieved the greatest extension of its limits.

Palmyrenes in Hatra: evidence for cultural relations in the Fertile Crescent

The article discusses the archaeological evidence for contacts between Hatra

Palmyra and Hatra. In the past, it has been assumed frequently that Palmyra

these contacts were strong and of a commercial naturę. The available Dura-Europos

evidence does not substantiate this assumption. Only one Palmyrene trade

relief was found in a smali shrine in the residential area of Hatra. From

this one cannot conclude that there was a strong Palmyrene presence

in the city, let alone that these Palmyrenes were merchants. This be-

comes especially elear when one compares the situation in Hatra with

in the archaeological record.

New perspectwes on the ritual and cultic hnportance ofwomen at Palmyra and Dura Europos:
processions and temples

Roman eras. This chapter examines archaeological evidence from both iconography

cultic roles of women within this important region of the Eastern

Roman Empire. Much of this evidence has been neglected or misin-

headdresses worn by Palmyrene women during this critical period of

highlighting women has also often been overlooked by małe archae-

detail. The findings from both Palmyra and Dura Europos point to the

Arabia to assume roles of influence in Christian ritual practices.

The exact location of the famous Tariff slab, removed from Palmyra
to St Petersburg in 1901, was never recorded. Old photographs were
now used to identify the spot on the ground and to confirm it by ex~