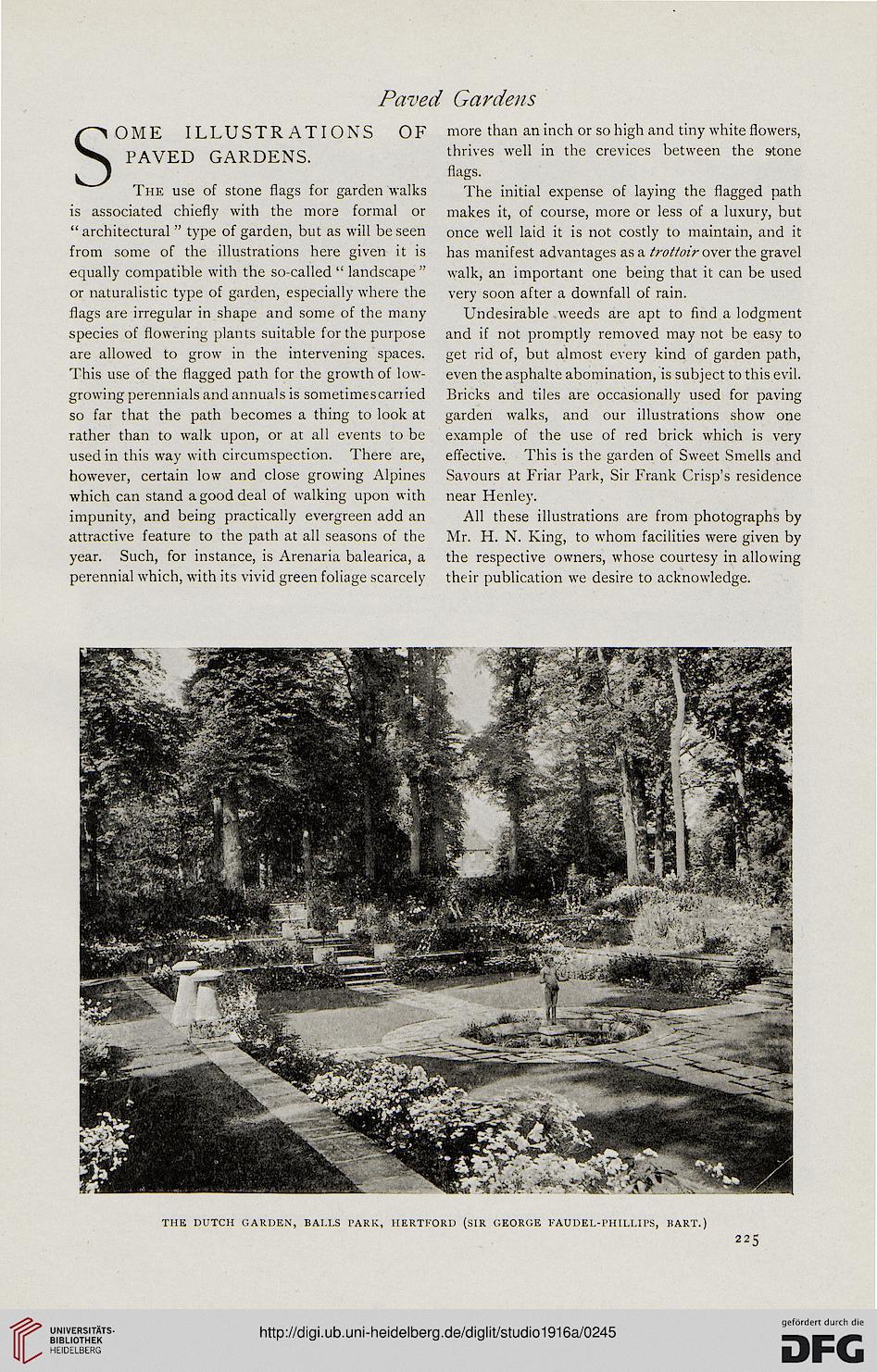 SOME ILLUSTRATIONS OF
PAVED GARDENS.

The use of stone flags for garden walks
is associated chiefly with the more formal or
" architectural " type of garden, but as will be seen
from some of the illustrations here given it is
equally compatible with the so-called " landscape "
or naturalistic type of garden, especially where the
flags are irregular in shape and some of the many
species of flowering plants suitable for the purpose
are allowed to grow in the intervening spaces.
This use of the flagged path for the growth of low-
growing perennials and annuals is sometimescarried
so far that the path becomes a thing to look at
rather than to walk upon, or at all events to be
used in this way with circumspection. There are,
however, certain low and close growing Alpines
which can stand a good deal of walking upon with
impunity, and being practically evergreen add an
attractive feature to the path at all seasons of the
year. Such, for instance, is Arenaria balearica, a
perennial which, with its vivid green foliage scarcely

more than an inch or so high and tiny white flowers,
thrives well in the crevices between the stone
flags.

The initial expense of laying the flagged path
makes it, of course, more or less of a luxury, but
once well laid it is not costly to maintain, and it
has manifest advantages as a trottoir over the gravel
walk, an important one being that it can be used
very soon after a downfall of rain.

Undesirable weeds are apt to find a lodgment
and if not promptly removed may not be easy to
get rid of, but almost every kind of garden path,
even the asphalte abomination, is subject to this evil.
Bricks and tiles are occasionally used for paving
garden walks, and our illustrations show one
example of the use of red brick which is very
effective. This is the garden of Sweet Smells and
Savours at Friar Park, Sir Frank Crisp's residence
near Henley.

All these illustrations are from photographs by
Mr. H. N. King, to whom facilities were given by
the respective owners, whose courtesy in allowing
their publication we desire to acknowledge.