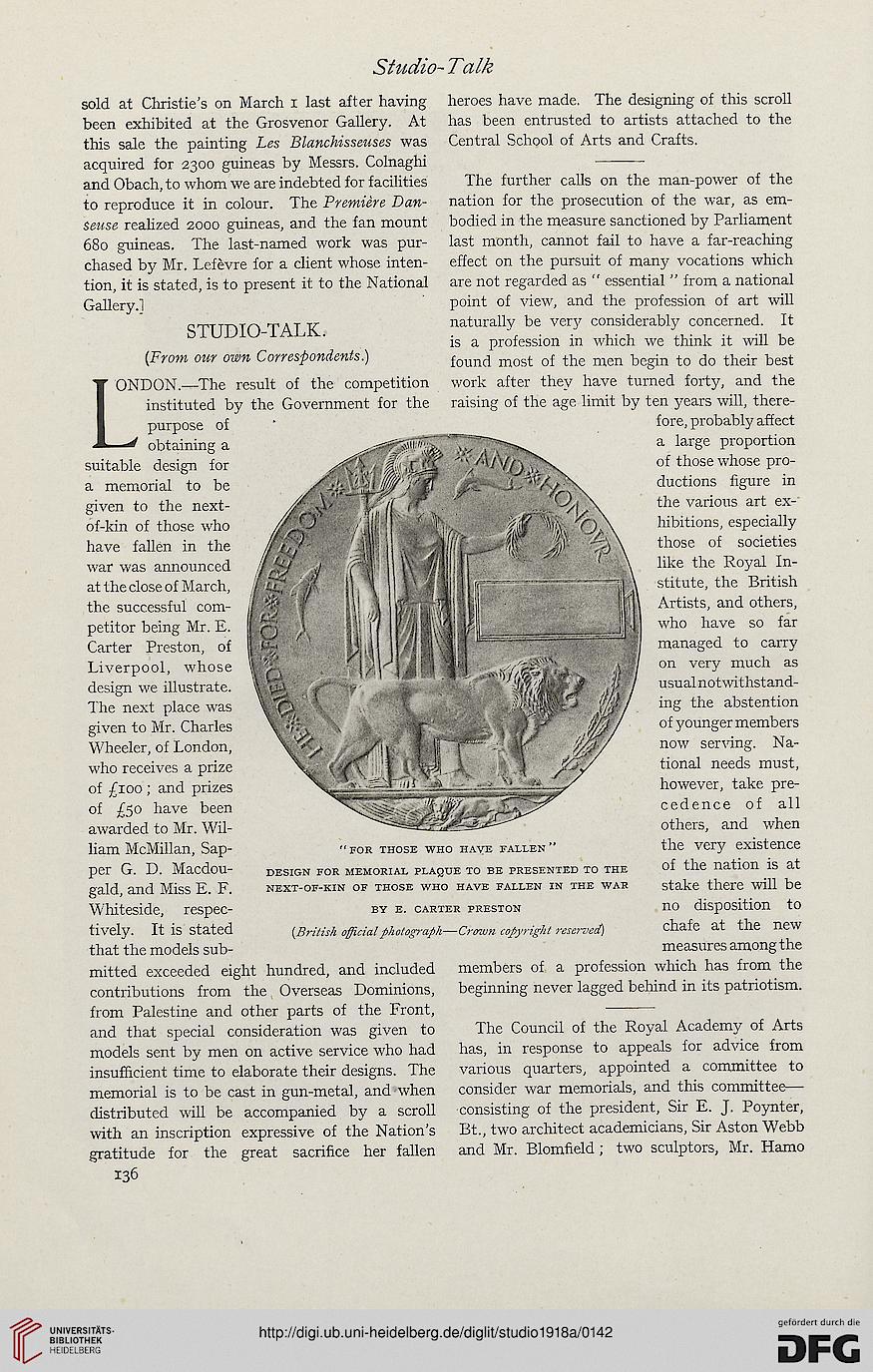 sold at Christie's on March i last after having heroes have made. The designing of this scroll

been exhibited at the Grosvenor Gallery. At has been entrusted to artists attached to the

this sale the painting Les Blanchisseuses was Central School of Arts and Crafts.

acquired for 2300 guineas by Messrs. Colnaghi -—

and Obach, to whom we are indebted for facilities The further calls on the man-power of the

to reproduce it in colour. The Premiere Dan- nation for the prosecution of the war, as em-

seuse realized 2000 guineas, and the fan mount bodied in the measure sanctioned by Parliament

680 guineas. The last-named work was pur- last month, cannot fail to have a far-reaching

chased by Mr. Lefevre for a client whose inten- effect on the pursuit of many vocations which

tion, it is stated, is to present it to the National are not regarded as " essential " from a national

Gallery.] point of view, and the profession of art will

is a profession in which we think it will be

(From our own Correspondents.) found mQst of the men begin tQ do ^ best

Ham McMillan, Sap- •• for those who have fallen " the very existence

per G. D. Macdou- design for memorial plaque to be presented to the of the nation is at

gald, and Miss E. F. next-of-kin of those who have fallen in the war stake there will be

Whiteside, respec- by e. carter preston no disposition to

tively. It is Stated (British official photograph—Crown copyright reserved) chafe at the new

that the models sub- measures among the

mitted exceeded eight hundred, and included members of a profession which has from the

contributions from the Overseas Dominions, beginning never lagged behind in its patriotism.

from Palestine and other parts of the Front, -

models sent by men on active service who had has, in response to appeals for advice from

insufficient time to elaborate their designs. The various quarters, appointed a committee to

memorial is to be cast in gun-metal, and when consider war memorials, and this committee—

distributed will be accompanied by a scroll consisting of the president, Sir E. J. Poynter,