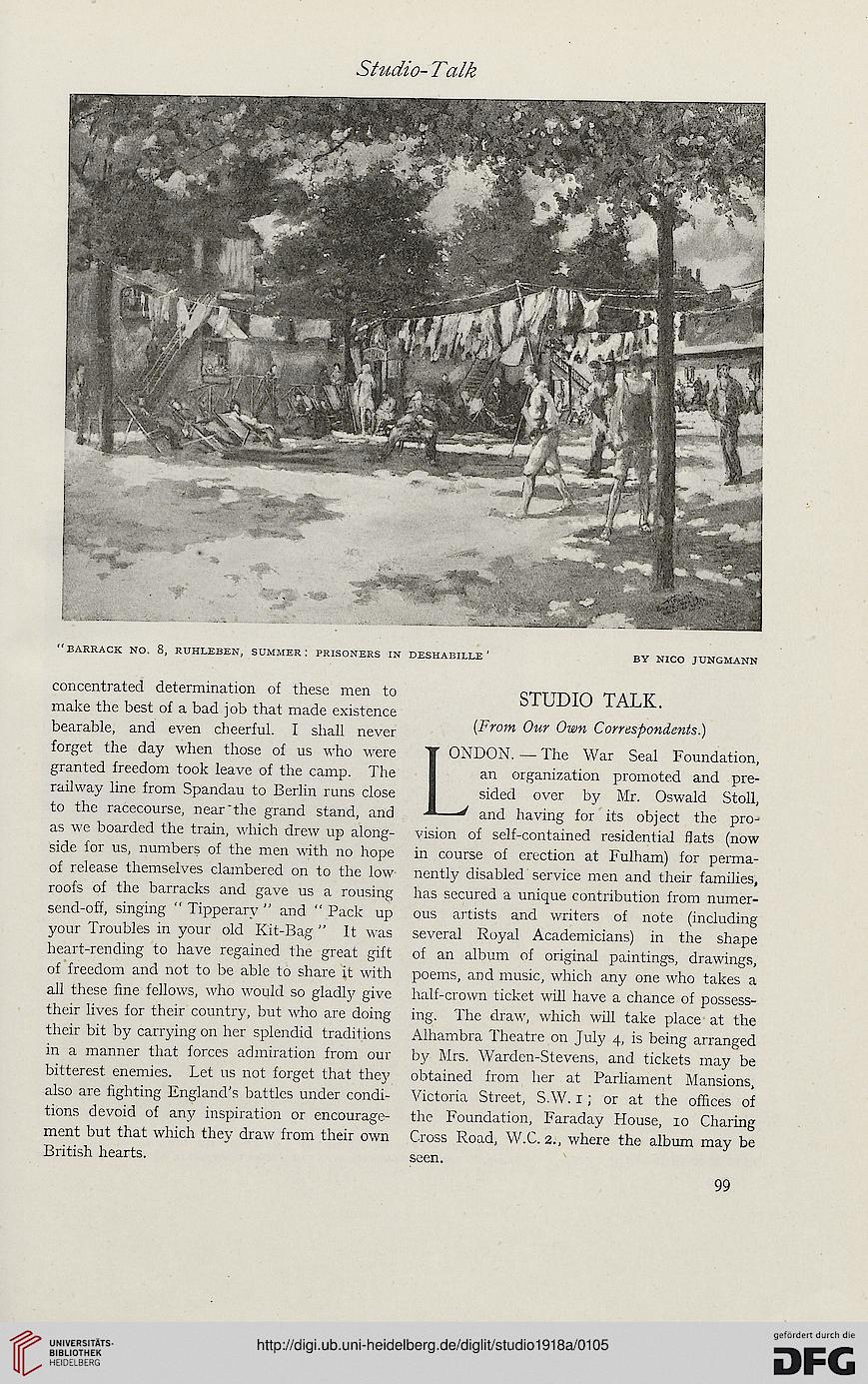 concentrated determination of these men to
make the best of a bad job that made existence
bearable, and even cheerful. I shall never
forget the day when those of us who were
granted freedom took leave of the camp. The
railway line from Spandau to Berlin runs close
to the racecourse, near "the grand stand, and
as we boarded the train, which drew up along-
side for us, numbers of the men with no hope
of release themselves clambered on to the low
roofs of the barracks and gave us a rousing
send-off, singing " Tipperary " and " Pack up
your Troubles in your old Kit-Bag " It was
heart-rending to have regained the great gift
of freedom and not to be able to share it with
all these fine fellows, who would so gladly give
their lives for their country, but who are doing
their bit by carrying on her splendid traditions
in a manner that forces admiration from our
bitterest enemies. Let us not forget that they
also are fighting England's battles under condi-
tions devoid of any inspiration or encourage-
ment but that which they draw from their own
British hearts.

IONDON. — The War Seal Foundation,
an organization promoted and pre-
sided over by Mr. Oswald Stoll,
—^ and having for its object the pro-
vision of self-contained residential flats (now
in course of erection at Fulham) for perma-
nently disabled service men and their families,
has secured a unique contribution from numer-
ous artists and writers of note (including
several Royal Academicians) in the shape
of an album of original paintings, drawings,
poems, and music, which any one who takes a
half-crown ticket will have a chance of possess-
ing. The draw, which will take place at the
Alhambra Theatre on July 4, is being arranged
by Mrs. Warden-Stevens, and tickets may be
obtained from her at Parliament Mansions,
Victoria Street, S.W. 1; or at the offices of
the Foundation, Faraday House, 10 Charing
Cross Road, W.C. 2., where the album may be
seen.