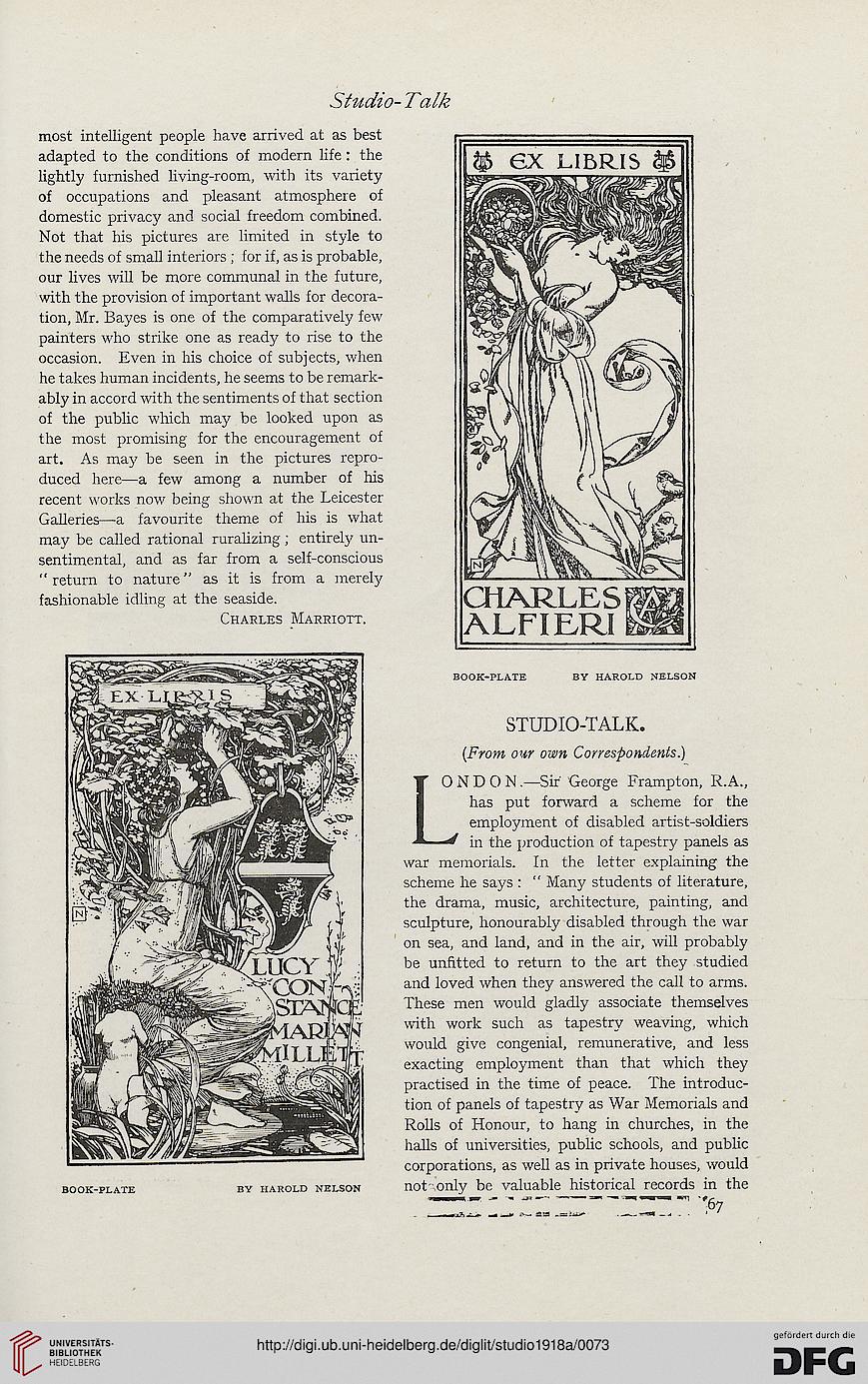 most intelligent people have arrived at as best
adapted to the conditions of modern life: the
lightly furnished living-room, with its variety
of occupations and pleasant atmosphere of
domestic privacy and social freedom combined.
Not that his pictures are limited in style to
the needs of small interiors ; for if, as is probable,
our lives will be more communal in the future,
with the provision of important walls for decora-
tion, Mr. Bayes is one of the comparatively few
painters who strike one as ready to rise to the
occasion. Even in his choice of subjects, when
he takes human incidents, he seems to be remark-
ably in accord with the sentiments of that section
of the public which may be looked upon as
the most promising for the encouragement of
art. As may be seen in the pictures repro-
duced here—a few among a number of his
recent works now being shown at the Leicester
Galleries—a favourite theme of his is what
may be called rational ruralizing ; entirely un-
sentimental, and as far from a self-conscious
"return to nature" as it is from a merely
fashionable idling at the seaside.

LONDON.—Sir' "George Frampton, R.A.,
has put forward a scheme for the
employment of disabled artist-soldiers
^ in the production of tapestry panels as
war memorials. In the letter explaining the
scheme he says : " Many students of literature,
the drama, music, architecture, painting, and
sculpture, honourably disabled through the war
on sea, and land, and in the air, will probably
be unfitted to return to the art they studied
and loved when they answered the call to arms.
These men would gladly associate themselves
with work such as tapestry weaving, which
would give congenial, remunerative, and less
exacting employment than that which they
practised in the time of peace. The introduc-
tion of panels of tapestry as War Memorials and
Rolls of Honour, to hang in churches, in the
halls of universities, public schools, and public
corporations, as well as in private houses, would
not' only be valuable historical records in the