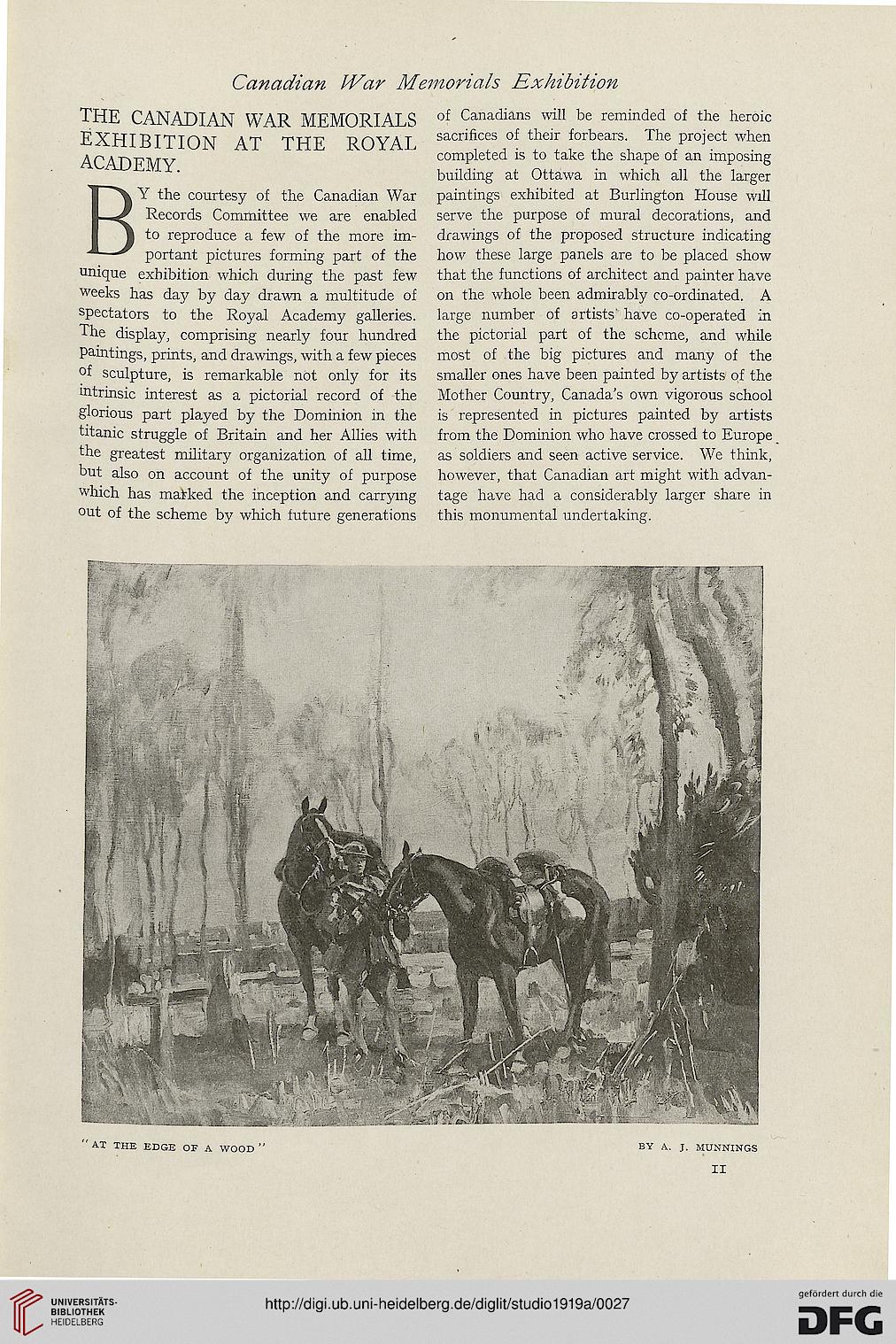 THE CANADIAN WAR MEMORIALS
EXHIBITION AT THE ROYAL
ACADEMY.

BY the courtesy of the Canadian War
Records Committee we are enabled
to reproduce a few of the more im-
portant pictures forming part of the
unique exhibition which during the past few
weeks has day by day drawn a multitude of
spectators to the Royal Academy galleries.
The display, comprising nearly four hundred
Paintings, prints, and drawings, with a few pieces
°f sculpture, is remarkable not only for its
intrinsic interest as a pictorial record of the
glorious part played by the Dominion in the
titanic struggle of Britain and her Allies with
the greatest military organization of all time,
but also on account of the unity of purpose
which has marked the inception and carrying
out of the scheme by which future generations

of Canadians will be reminded of the heroic
sacrifices of their forbears. The project when
completed is to take the shape of an imposing
building at Ottawa in which all the larger
paintings exhibited at Burlington House will
serve the purpose of mural decorations, and
drawings of the proposed structure indicating
how these large panels are to be placed show
that the functions of architect and painter have
on the whole been admirably co-ordinated. A
large number of artists have co-operated in
the pictorial part of the scheme, and while
most of the big pictures and many of the
smaller ones have been painted by artists of the
Mother Country, Canada's own vigorous school
is represented in pictures painted by artists
from the Dominion who have crossed to Europe
as soldiers and seen active service. We think,
however, that Canadian art might with advan-
tage have had a considerably larger share in
this monumental undertaking.