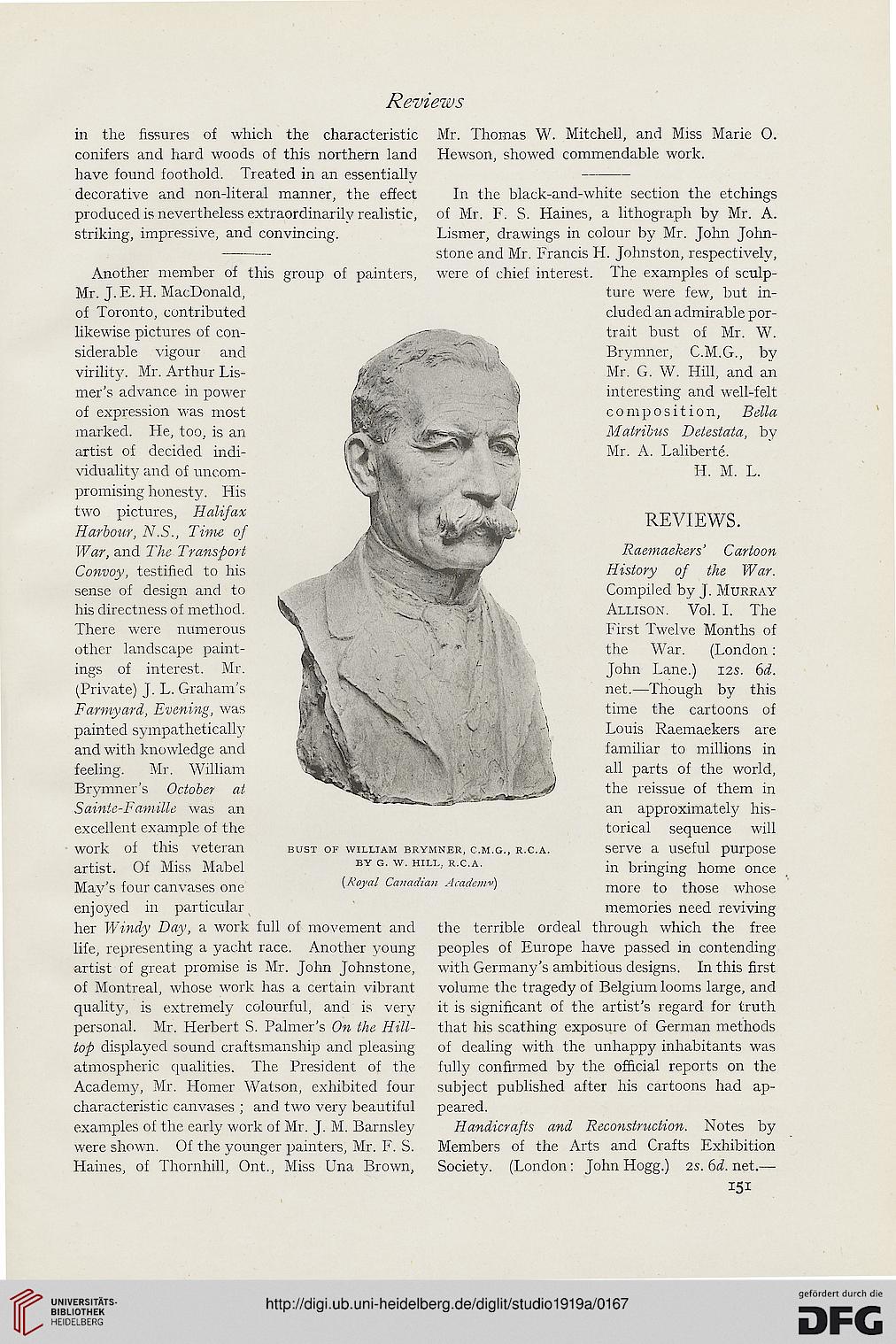 in the fissures of which the characteristic Mr. Thomas W. Mitchell, and Miss Marie O.
conifers and hard woods of this northern land Hewson, showed commendable work,
have found foothold. Treated in an essentially -----

decorative and non-literal manner, the effect In the black-and-white section the etchings
produced is nevertheless extraordinarily realistic, of Mr. F. S. Haines, a lithograph by Mr. A.

Another member of this group of painters, were of chief interest. The examples of sculp-

siderable vigour and ' Brymner, C.M.G., by

of expression was most composition, Bella

War, and The Transport Raemaekers' Cartoon

Convoy, testified to his History of the War.

sense of design and to ' ffif- Compiled by J. Murray

There were numerous A s , L |> First Twelve Months of

Farmyard, Evening, was time the cartoons of

and with knowledge and V familiar to millions in

excellent example of the torical sequence will

her Windy Day, a work full of movement and the terrible ordeal through which the free
life, representing a yacht race. Another young peoples of Europe have passed in contending
artist of great promise is Mr. John Johnstone, with Germany's ambitious designs. In this first
of Montreal, whose work has a certain vibrant volume the tragedy of Belgium looms large, and
quality, is extremely colourful, and is very it is significant of the artist's regard for truth
personal. Mr. Herbert S. Palmer's On the Hill- that his scathing exposure of German methods
top displayed sound craftsmanship and pleasing of dealing with the unhappy inhabitants was
atmospheric qualities. The President of the fully confirmed by the official reports on the
Academy, Mr. Homer Watson, exhibited four subject published after his cartoons had ap-
characteristic canvases ; and two very beautiful peared.