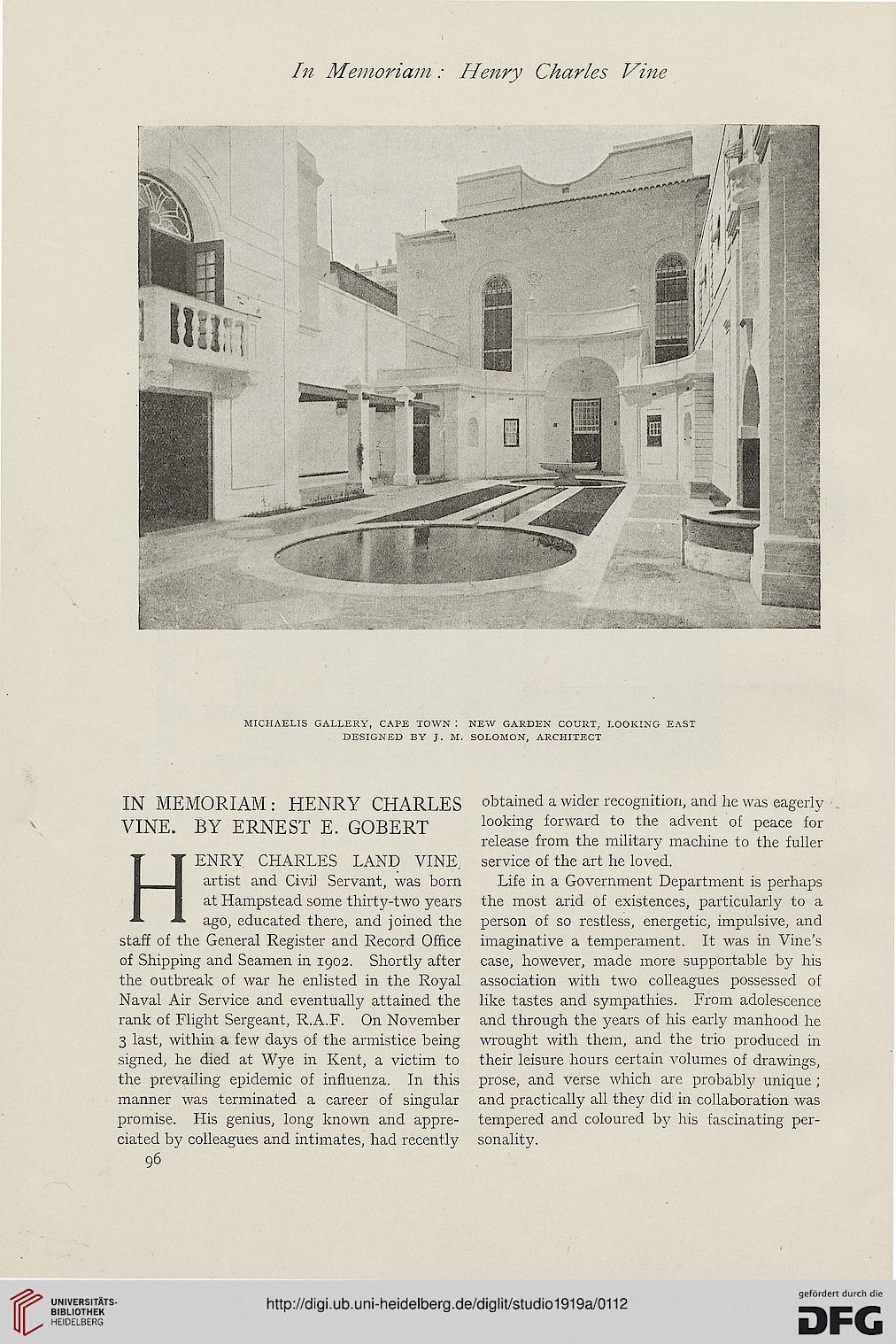 HENRY CHARLES LAND VINE,
artist and Civil Servant, was born
at Hampstead some thirty-two years
ago, educated there, and joined the
staff of the General Register and Record Office
of Shipping and Seamen in 1902. Shortly after
the outbreak of war he enlisted in the Royal
Naval Air Service and eventually attained the
rank of Flight Sergeant, R.A.F. On November
3 last, within a few days of the armistice being
signed, he died at Wye in Kent, a victim to
the prevailing epidemic of influenza. In this
manner was terminated a career of singular
promise. His genius, long known and appre-
ciated by colleagues and intimates, had recent.lv
96 '

obtained a wider recognition, and he was eagerly
looking forward to the advent of peace for
release from the military machine to the fuller
service of the art he loved.

Life in a Government Department is perhaps
the most arid of existences, particularly to a
person of so restless, energetic, impulsive, and
imaginative a temperament. It was in Vine's
case, however, made more supportable by his
association with two colleagues possessed of
like tastes and sympathies. From adolescence
and through the years of his early manhood he
wrought with them, and the trio produced in
their leisure hours certain volumes of drawings,
prose, and verse which are probably unique ;
and practically all they did in collaboration was
tempered and coloured by his fascinating per-
sonality.