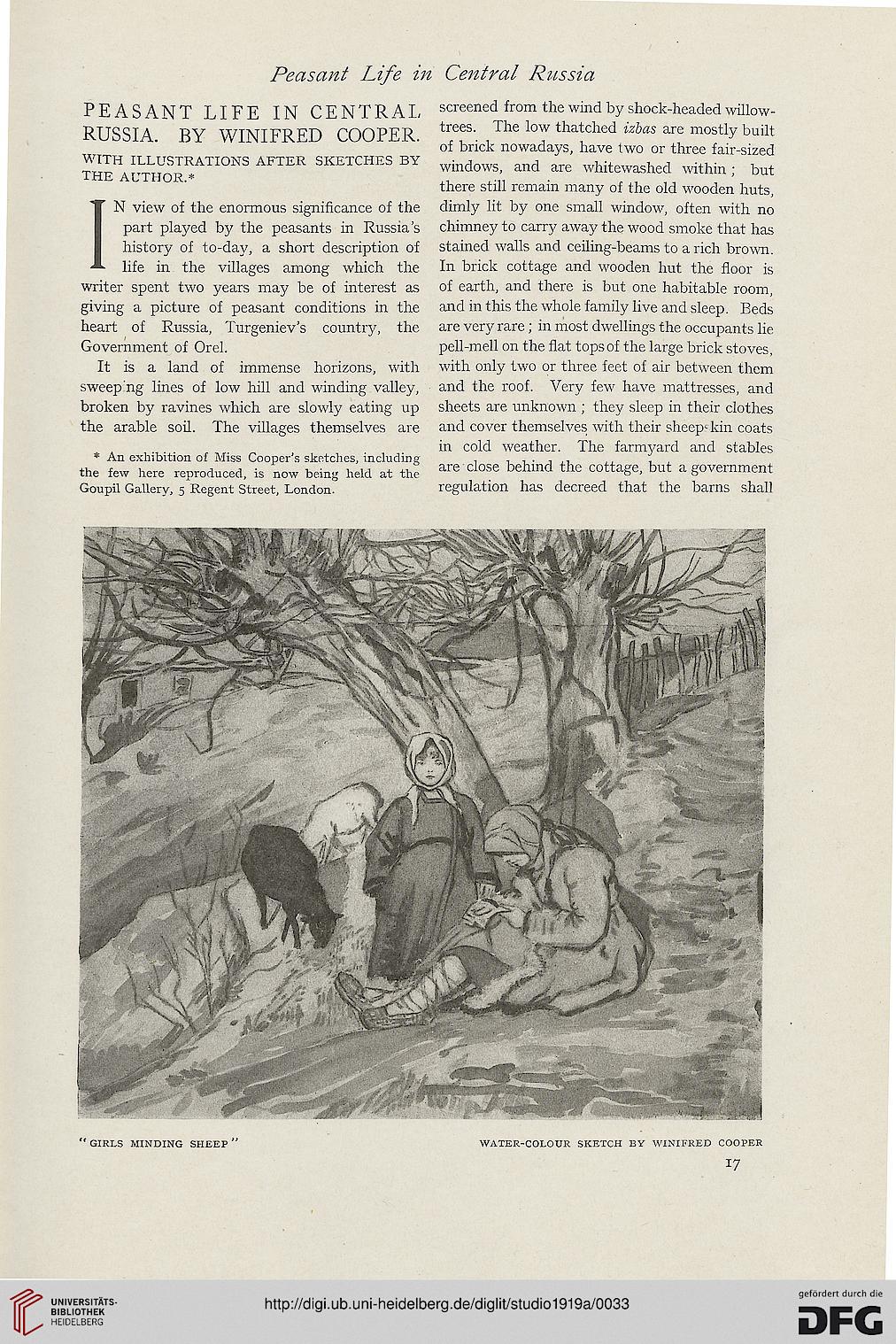 WITH ILLUSTRATIONS AFTER SKETCHES BY
THE AUTHOR.*

IN view of the enormous significance of the
part played by the peasants in Russia's
history of to-day, a short description of
life in the villages among which the
writer spent two years may be of interest as
giving a picture of peasant conditions in the
heart of Russia, Turgeniev's country, the
Government of Orel.

It is a land of immense horizons, with
sweep ng lines of low hill and winding valley,
broken by ravines which are slowly eating up
the arable soil. The villages themselves are

* An exhibition of Miss Cooper's sketches, including
the few here reproduced, is now being held at the
Goupil Gallery, 5 Regent Street, London.

screened from the wind by shock-headed willow-
trees. The low thatched izbas are mostly built
of brick nowadays, have two or three fair-sized
windows, and are whitewashed within ; but
there still remain many of the old wooden huts,
dimly lit by one small window, often with no
chimney to carry away the wood smoke that has
stained walls and ceiling-beams to a rich brown.
In brick cottage and wooden hut the floor is
of earth, and there is but one habitable room,
and in this the whole family live and sleep. Beds
are very rare; in most dwellings the occupants lie
pell-mell on the flat topsof the large brick stoves,
with only two or three feet of air between them
and the roof. Very few have mattresses, and
sheets are unknown ; they sleep in their clothes
and cover themselves with their sheep1 kin coats
in cold weather. The farmyard and stables
are close behind the cottage, but a government
regulation has decreed that the barns shall