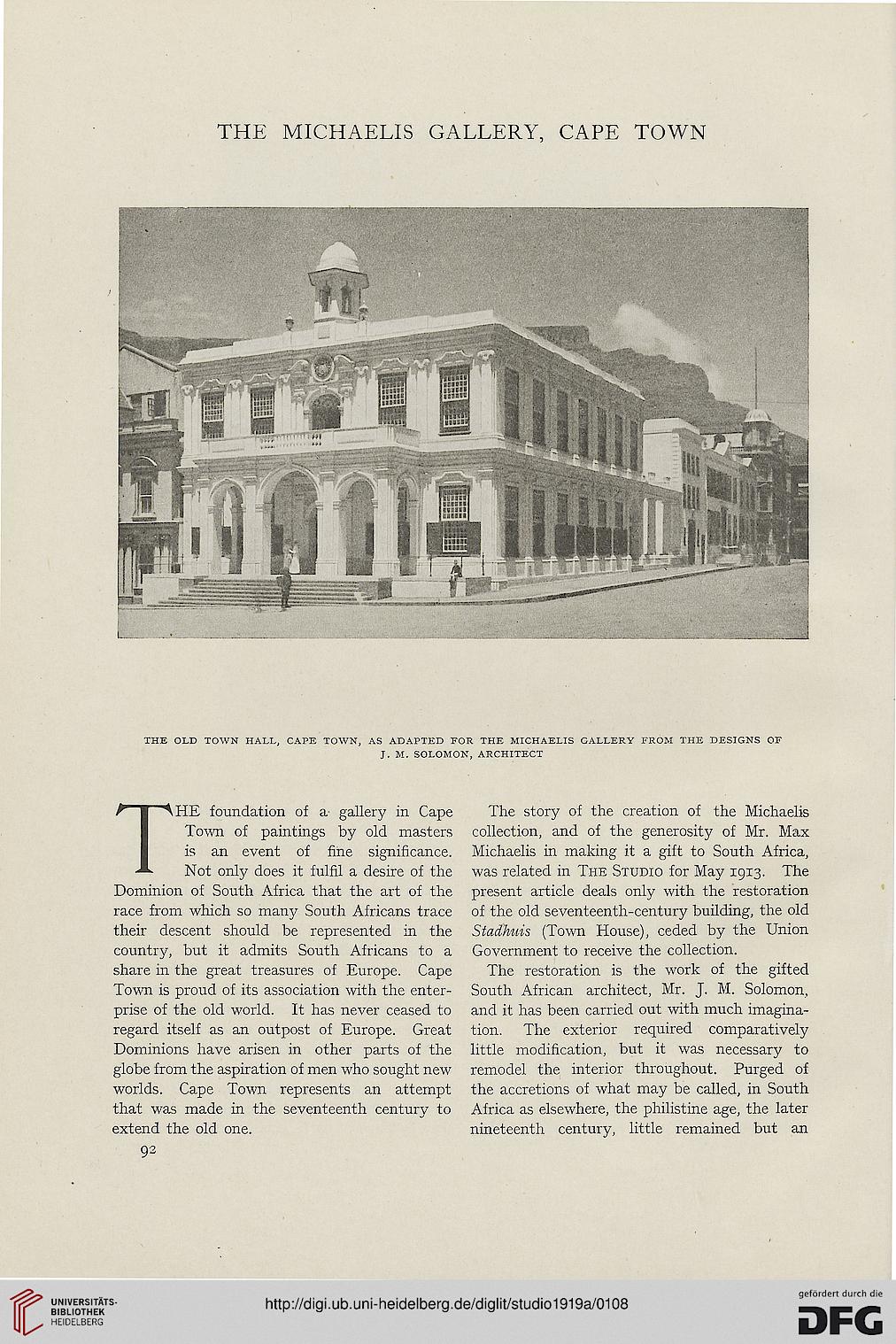 THE OLD TOWN HALL, CAPE TOWN, AS ADAPTED FOR THE MICHAELIS GALLERY FROM THE DESIGNS OF

THE foundation of a gallery in Cape
Town of paintings by old masters
is an event of fine significance.
Not only does it fulfil a desire of the
Dominion of South Africa that the art of the
race from which so many South Africans trace
their descent should be represented in the
country, but it admits South Africans to a
share in the great treasures of Europe. Cape
Town is proud of its association with the enter-
prise of the old world. It has never ceased to
regard itself as an outpost of Europe. Great
Dominions have arisen in other parts of the
globe from the aspiration of men who sought new
worlds. Cape Town represents an attempt
that was made in the seventeenth century to
extend the old one.
92

The story of the creation of the Michaelis
collection, and of the generosity of Mr. Max
Michaelis in making it a gift to South Africa,
was related in The Studio for May 1913. The
present article deals only with the restoration
of the old seventeenth-century building, the old
Stadhuis (Town House), ceded by the Union
Government to receive the collection.

The restoration is the work of the gifted
South African architect, Mr. J. M. Solomon,
and it has been carried out with much imagina-
tion. The exterior required comparatively
little modification, but it was necessary to
remodel the interior throughout. Purged of
the accretions of what may be called, in South
Africa as elsewhere, the philistine age, the later
nineteenth century, little remained but an