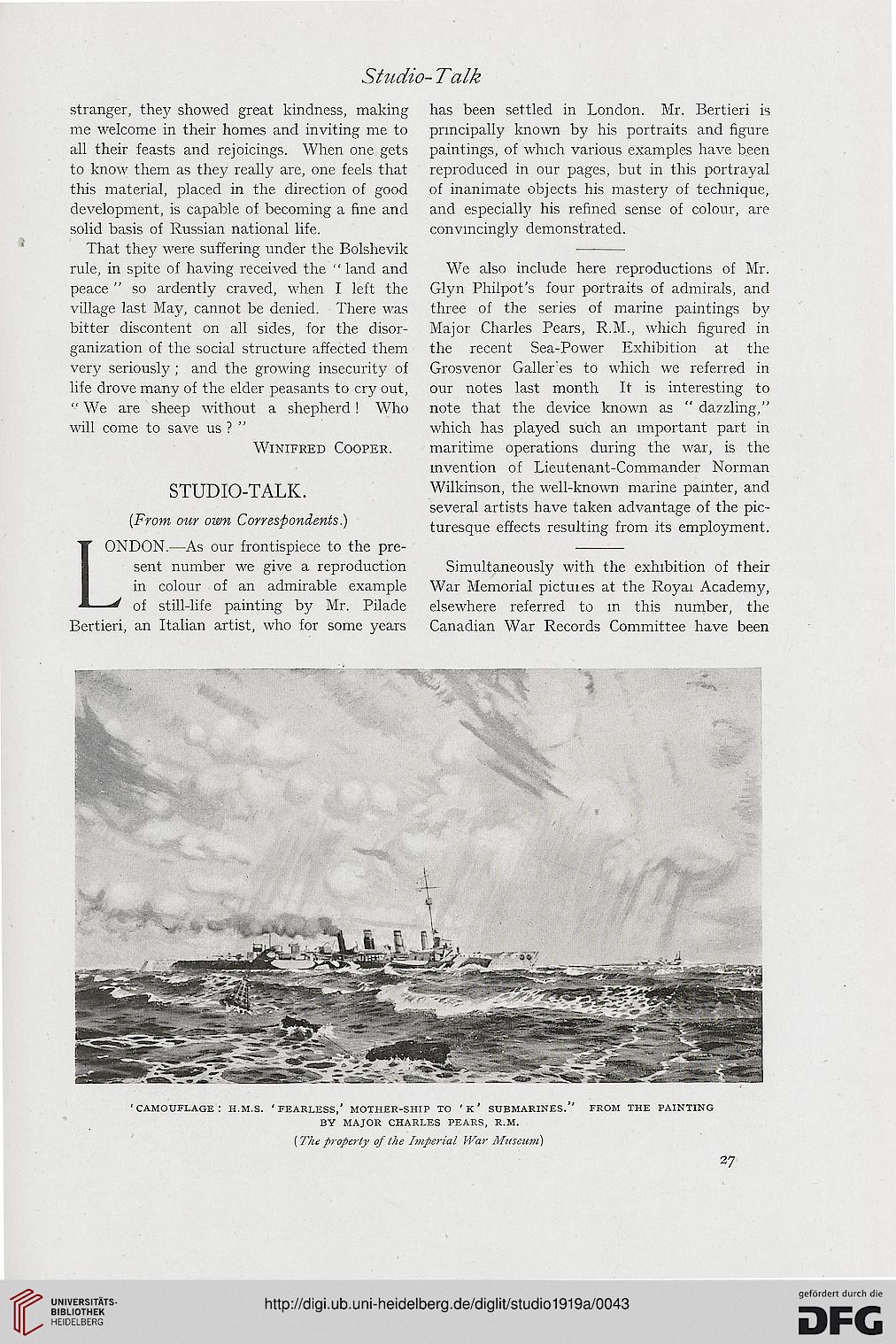 stranger, they showed great kindness, making
me welcome in their homes and inviting me to
all their feasts and rejoicings. When one gets
to know them as they really are, one feels that
this material, placed in the direction of good
development, is capable of becoming a fine and
solid basis of Russian national life.

That they were suffering under the Bolshevik
rule, in spite of having received the " land and
peace " so ardently craved, when I left the
village last May, cannot be denied. There was
bitter discontent on all sides, for the disor-
ganization of the social structure affected them
very seriously ; and the growing insecurity of
life drove many of the elder peasants to cry out,
" We are sheep without a shepherd! Who
will come to save us ? "

LONDON.—As our frontispiece to the pre-
sent number we give a reproduction
in colour of an admirable example
of still-life painting by Mr. Pilade
Bertieri, an Italian artist, who for some years

has been settled in London. Mr. Bertieri is
principally known by his portraits and figure
paintings, of which various examples have been
reproduced in our pages, but in this portrayal
of inanimate objects his mastery of technique,
and especially his refined sense of colour, are
convincingly demonstrated.

We also include here reproductions of Mr.
Glyn Philpot's four portraits of admirals, and
three of the series of marine paintings by
Major Charles Pears, R.M., which figured in
the recent Sea-Power Exhibition at the
Grosvenor Galler'es to which we referred in
our notes last month It is interesting to
note that the device known as " dazzling,"
which has played such an important part in
maritime operations during the war, is the
invention of Lieutenant-Commander Norman
Wilkinson, the well-known marine painter, and
several artists have taken advantage of the pic-
turesque effects resulting from its employment.

Simultaneously with the exhibition of their
War Memorial pictuies at the Royai Academy,
elsewhere referred to in this number, the
Canadian War Records Committee have been