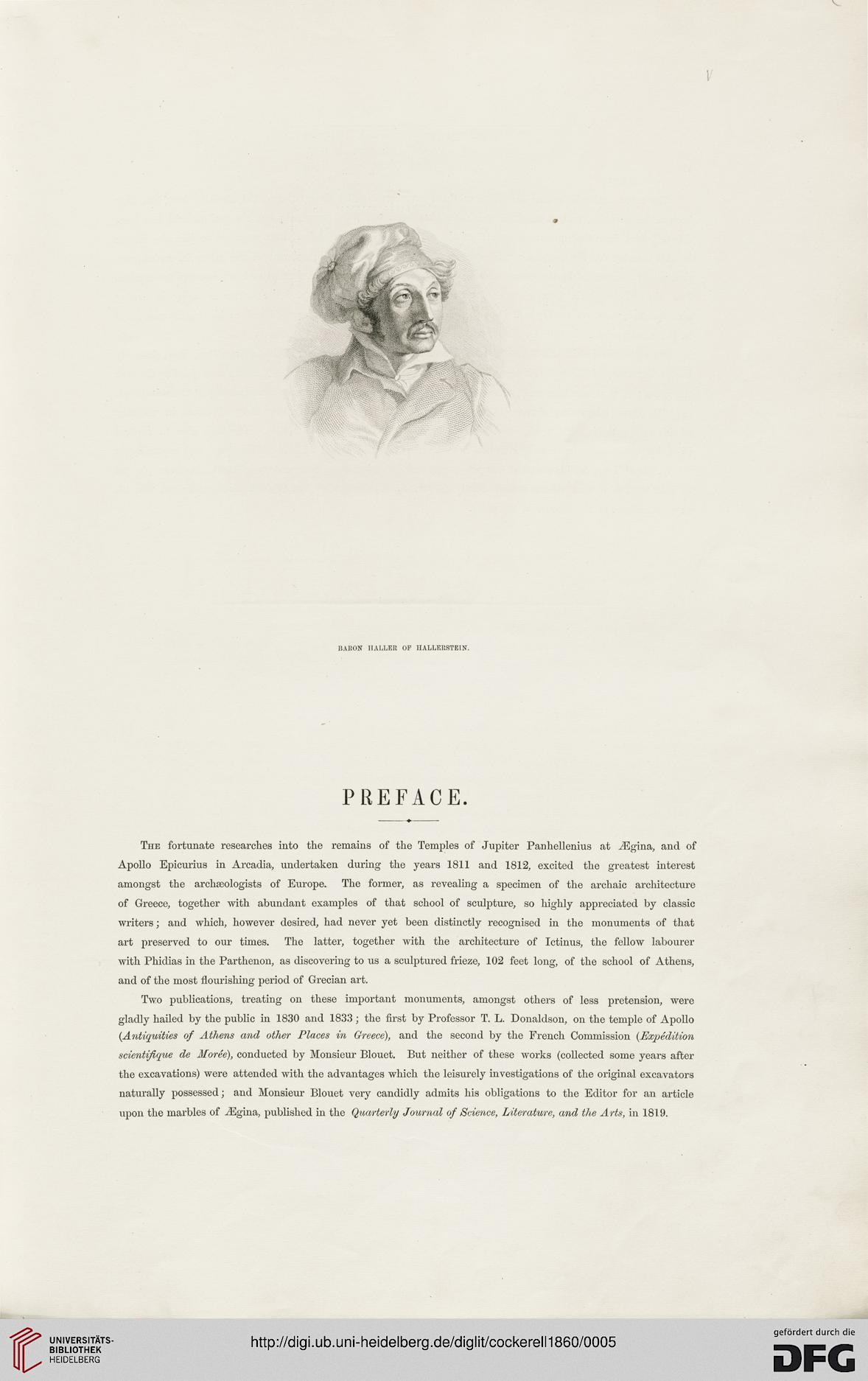 The fortunate researches into the remains of the Temples of Jupiter Panhellenius at iEgina, and of
Apollo Epicurius in Arcadia, undertaken during the years 1811 and 1812, excited the greatest interest
amongst the archaeologists of Europe. The former, as revealing a specimen of the archaic architecture
of Greece, together with abundant examples of that school of sculpture, so highly appreciated by classic
writers; and which, however desired, had never yet been distinctly recognised in the monuments of that
art preserved to our times. The latter, together with the architecture of Ictinus, the fellow labourer
with Phidias in the Parthenon, as discovering to us a sculptured frieze, 102 feet long, of the school of Athens,
and of the most nourishing period of Grecian art.

Two publications, treating on these important monuments, amongst others of less pretension, were
gladly hailed by the public in 1830 and 1833; the first by Professor T. L. Donaldson, on the temple of Apollo
{Antiquities of Athens and other Places in Greece), and the second by the French Commission {Expedition
scientifique de Moree), conducted by Monsieur Blouet. But neither of these works (collected some years after
the excavations) were attended with the advantages which the leisurely investigations of the original excavators
naturally possessed; and Monsieur Blouet very candidly admits his obligations to the Editor for an article
upon the marbles of iEgina, published in the Quarterly Journal of Science, Literature, and the Arts, in 1819.