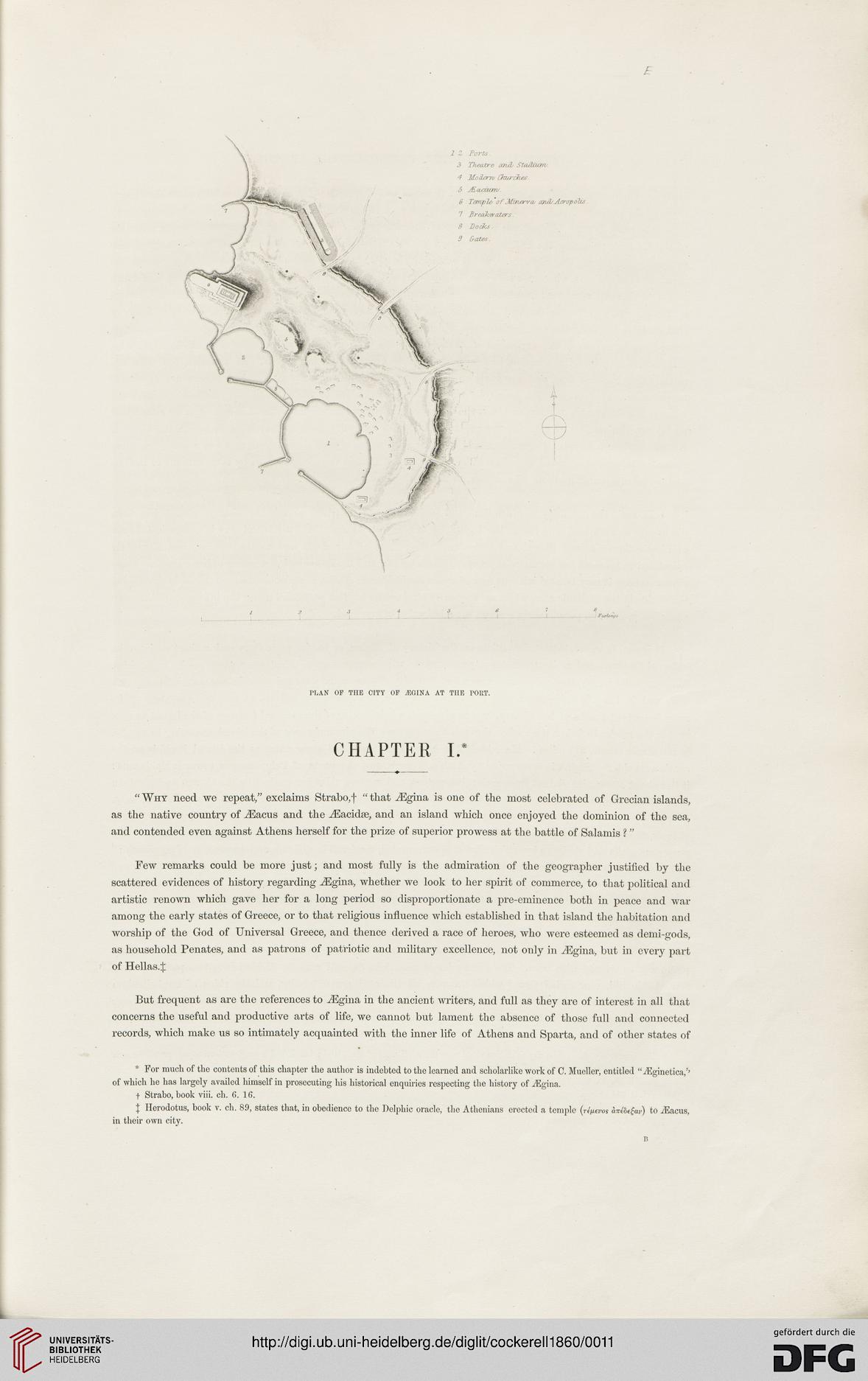 TLAN" OF THE CITY OF MEDINA AT TIM TOUT.

" Why need we repeat/' exclaims Strabo,f " that iEgina is one of the most celebrated of Grecian islands,
as the native country of iEacus and the iEacidse, and an island which once enjoyed the dominion of the sea,
and contended even against Athens herself for the prize of superior prowess at the battle of Salamis ? "

Few remarks could be more just; and most fully is the admiration of the geographer justified by the
scattered evidences of history regarding iEgina, whether we look to her spirit of commerce, to that political and
artistic renown which gave her for a long period so disproportionate a pre-eminence both in peace and war
among the early states of Greece, or to that religious influence which established in that island the habitation and
worship of the God of Universal Greece, and thence derived a race of heroes, who were esteemed as demi-gods,
as household Penates, and as patrons of patriotic and military excellence, not only in JSgina, but in every part
of Hellas.^

But frequent as are the references to iEgina in the ancient writers, and full as they are of interest in all that
concerns the useful and productive arts of life, we cannot but lament the absence of those full and connected
records, which make us so intimately acquainted with the inner life of Athens and Sparta, and of other states of

* For much of the contents of this chapter the author is indebted to the learned and scholarlike work of C. Mueller, entitled "TEginetica,''
of which he has largely availed himself in prosecuting his historical enquiries respecting the history of iEgina.

J Herodotus, book v. ch. 89, states that, in obedience to the Delphic oracle, the Athenians erected a temple (t^vos tim4be£w) to iEacus,
in their own city.