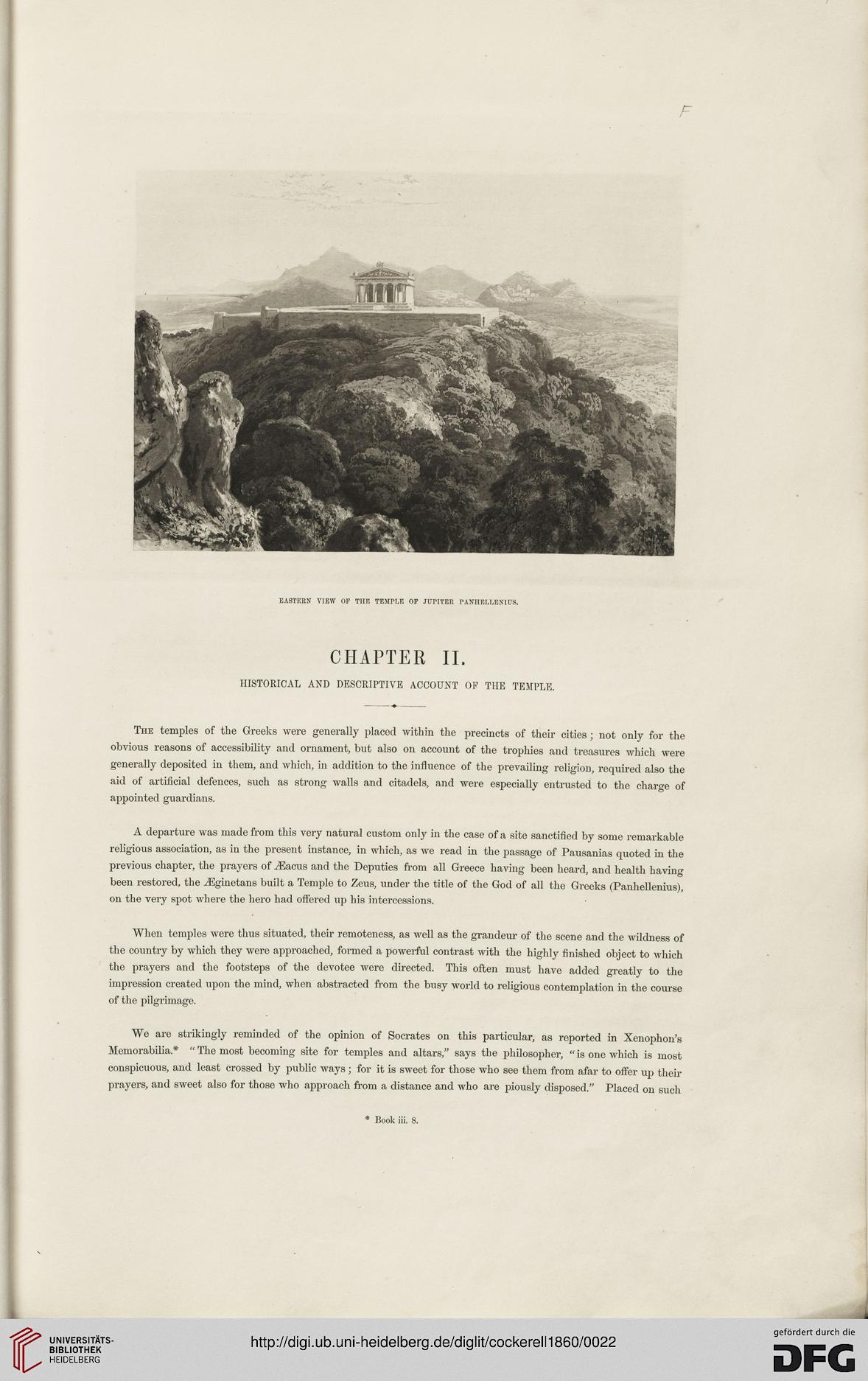 EASTERN VIEW OF THE TEMPLE OF JUPITER PANHELLENIUS.

The temples of the Greeks were generally placed within the precincts of their cities ; not only for the
obvious reasons of accessibility and ornament, but also on account of the trophies and treasures which were
generally deposited in them, and which, in addition to the influence of the prevailing religion, required also the
aid of artificial defences, such as strong walls and citadels, and were especially entrusted to the charge of
appointed guardians.

A departure was made from this very natural custom only in the case of a site sanctified by some remarkable
religious association, as in the present instance, in which, as we read in the passage of Pausanias quoted in the
previous chapter, the prayers of iEacus and the Deputies from all Greece having been heard, and health having
been restored, the iEginetans built a Temple to Zeus, under the title of the God of all the Greeks (Panhellenius),
on the very spot where the hero had offered up his intercessions.

When temples were thus situated, their remoteness, as well as the grandeur of the scene and the wildness of
the country by which they were approached, formed a powerful contrast with the highly finished object to which
the prayers and the footsteps of the devotee were directed. This often must have added greatly to the
impression created upon the mind, when abstracted from the busy world to religious contemplation in the course
of the pilgrimage.

We are strikingly reminded of the opinion of Socrates on this particular, as reported in Xenophon's
Memorabilia.* "The most becoming site for temples and altars," says the philosopher, "is one which is most
conspicuous, and least crossed by public ways ; for it is sweet for those who see them from afar to offer up their
prayers, and sweet also for those who approach from a distance and who are piously disposed." Placed on such