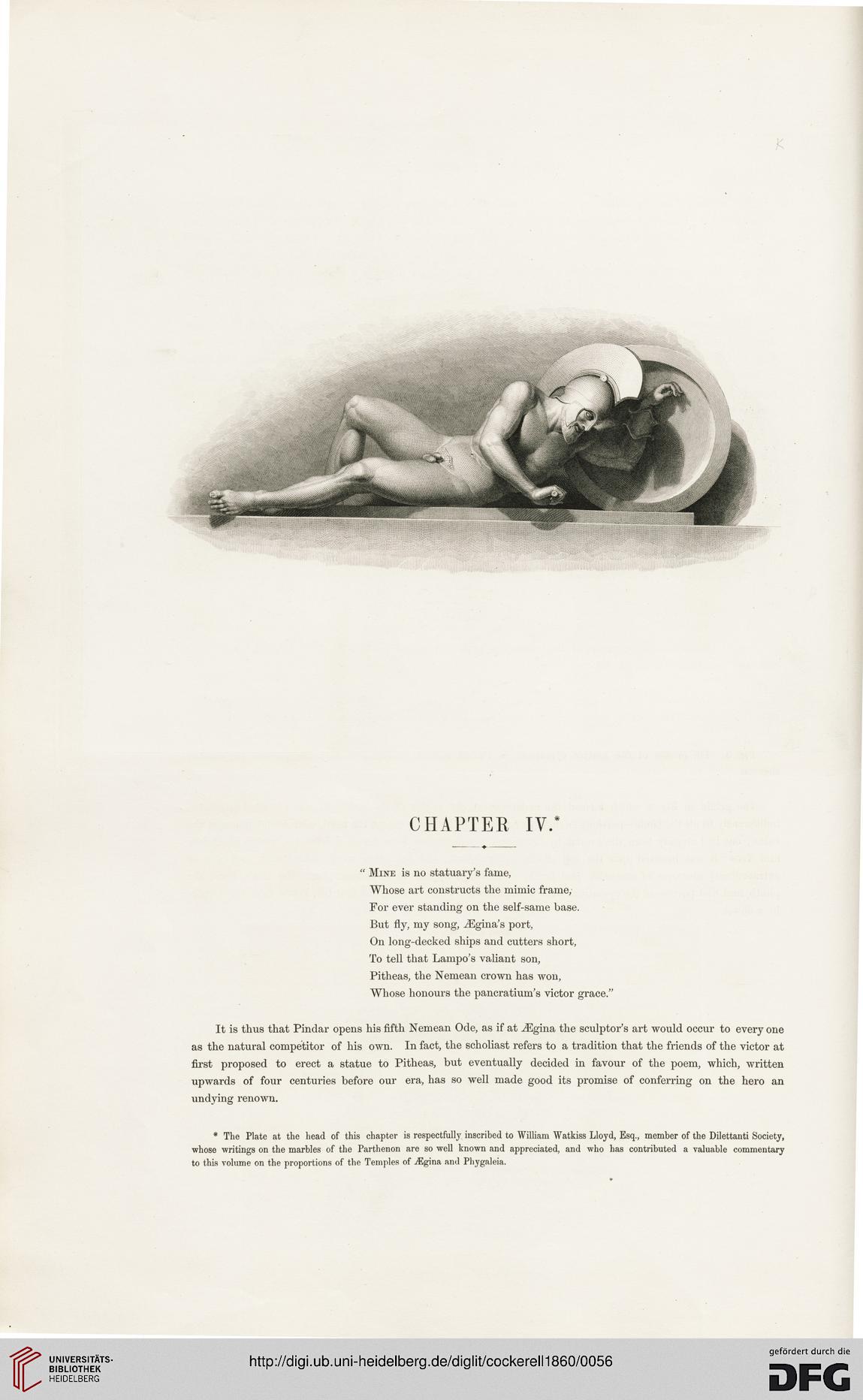 " Mine is no statuary's fame,
Whose art constructs the mimic frame,
For ever standing on the self-same base.
But fly, my song, JEgina's port,
On long-decked ships and cutters short,
To tell that Lampo's valiant son,
Pitheas, the Nemean crown has won,
Whose honours the pancratium's victor grace."

It is thus that Pindar opens his fifth Nemean Ode, as if at Mgina, the sculptor's art would occur to every one
as the natural competitor of his own. In fact, the scholiast refers to a tradition that the friends of the victor at
first proposed to erect a statue to Pitheas, but eventually decided in favour of the poem, which, written
upwards of four centuries before our era, has so well made good its promise of conferring on the hero an
undying renown.

* The Plate at the head of this chapter is respectfully inscribed to William Watkiss Lloyd, Esq., member of the Dilettanti Society,
whose writings on the marbles of the Parthenon are so well known and appreciated, and who has contributed a valuable commentary
to this volume on the proportions of the Temples of Mgina and Phygaleia.