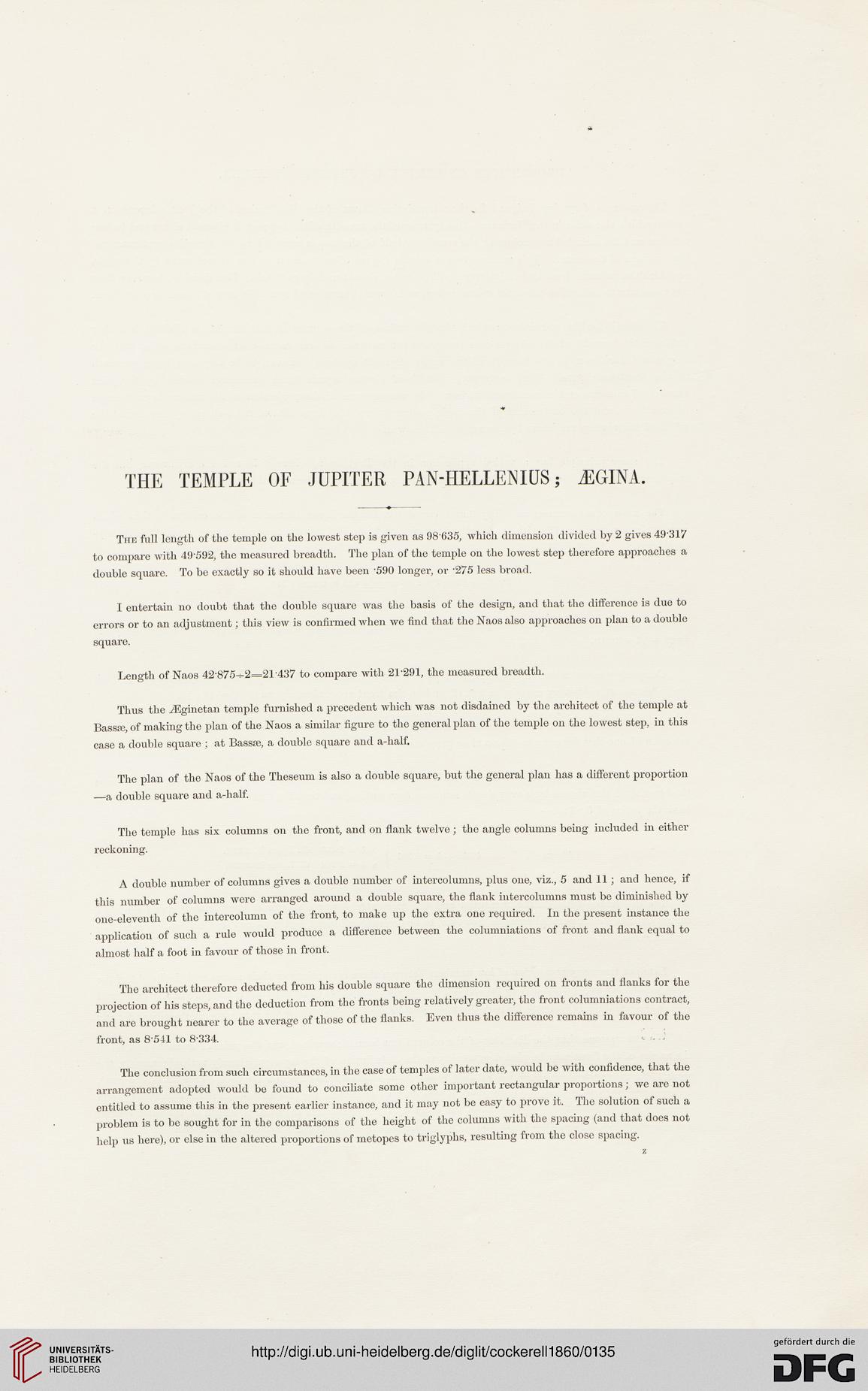 Information about OCR text
THE TEMPLE OF JUPITER PAN-HELLENIUS 5 MGlNk.

I entertain no doubt that the double square was the basis of the design, and that the difference is due to
errors or to an adjustment; this view is confirmed when we find that the Naos also approaches on plan to a double
square.

The plan of the Naos of the Theseum is also a double square, but the general plan has a different proportion
—a double square and a-half.

The temple has six columns on the front, and on flank twelve ; the angle columns being included in either
reckoning.

A double number of columns gives a double number of intercolumns, plus one, viz., 5 and 11 ; and hence, if
this number of columns were arranged around a double square, the flank intercolumns must be diminished by
one-eleventh of the inter column of the front, to make up the extra one required. In the present instance the
application of such a rule would produce a difference between the columniations of front and flank equal to
almost half a foot in favour of those in front.

The architect therefore deducted from his double square the dimension required on fronts and flanks for the
projection of his steps, and the deduction from the fronts being relatively greater, the front columniations contract,
and are brought nearer to the average of those of the flanks. Even thus the difference remains in favour of the
front, as 8-541 to 8-334. \. ... J

The conclusion from such circumstances, in the case of temples of later date, would be with confidence, that the
arrangement adopted would be found to conciliate some other important rectangular proportions; we are not
entitled to assume this in the present earlier instance, and it may not be easy to prove it. The solution of such a
problem is to be sought for in the comparisons of the height of the columns with the spacing (and that does not
help us here), or else in the altered proportions of metopes to triglyphs, resulting from the close spacing.