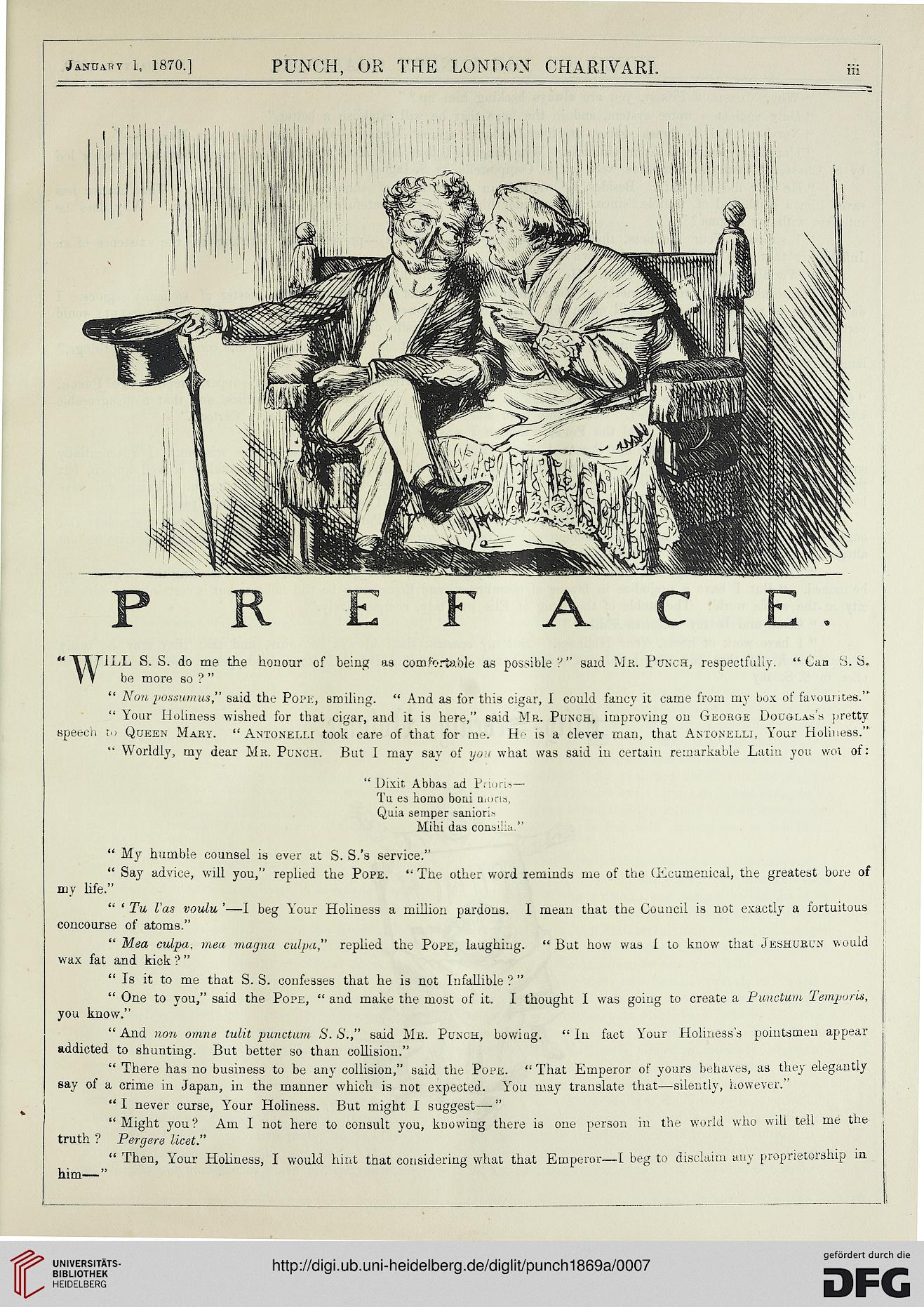 " Non possumus," said the Pope, smiling. " And as for this cigar, I could fancy it came from my box of favourites.'*
" Your Holiness wished for that cigar, and it is here," said Mr. Punch, improving on George Douglas's pretty
speech to Queen Mary. " Antonelli took care of that for me. He is a clever man, that Antonelli, Your Holiness."
'• Worldly, my dear Mr. Punch. But I mav sav of you what was said in certain remarkable Latin you wol of:

" Say advice, will you," replied the Pope. " The other word reminds me of the (Ecumenical, the greatest bore of
my life."

" • Tu fas voulu '—I beg Your Holiness a million pardons. I mean that the Council is not exactly a fortuitous
concourse of atoms."

" Mea culpa, mea magna culpa," replied the Pope, laughing. " But how was 1 to know that Jeshurun would
wax fat and kick?"

" One to you," said the Pope, " and make the most of it. I thought I was going to create a Punctum Temporis,
you know."

" There has no business to be any collision," said the Pope. " That Emperor of yours behaves, as they elegantly
say of a crime in Japan, in the manner which is not expected. You may translate that—silently, however."

"I never curse, Your Holiness. But might I suggest—"

"Might you? Am I not here to consult you, knowing there is one person in the world who will tell me the
truth ? Pergere licet."

" Then, Your Holiness, I would hint that considering what that Emperor—I beg to disclaim any proprietorship in