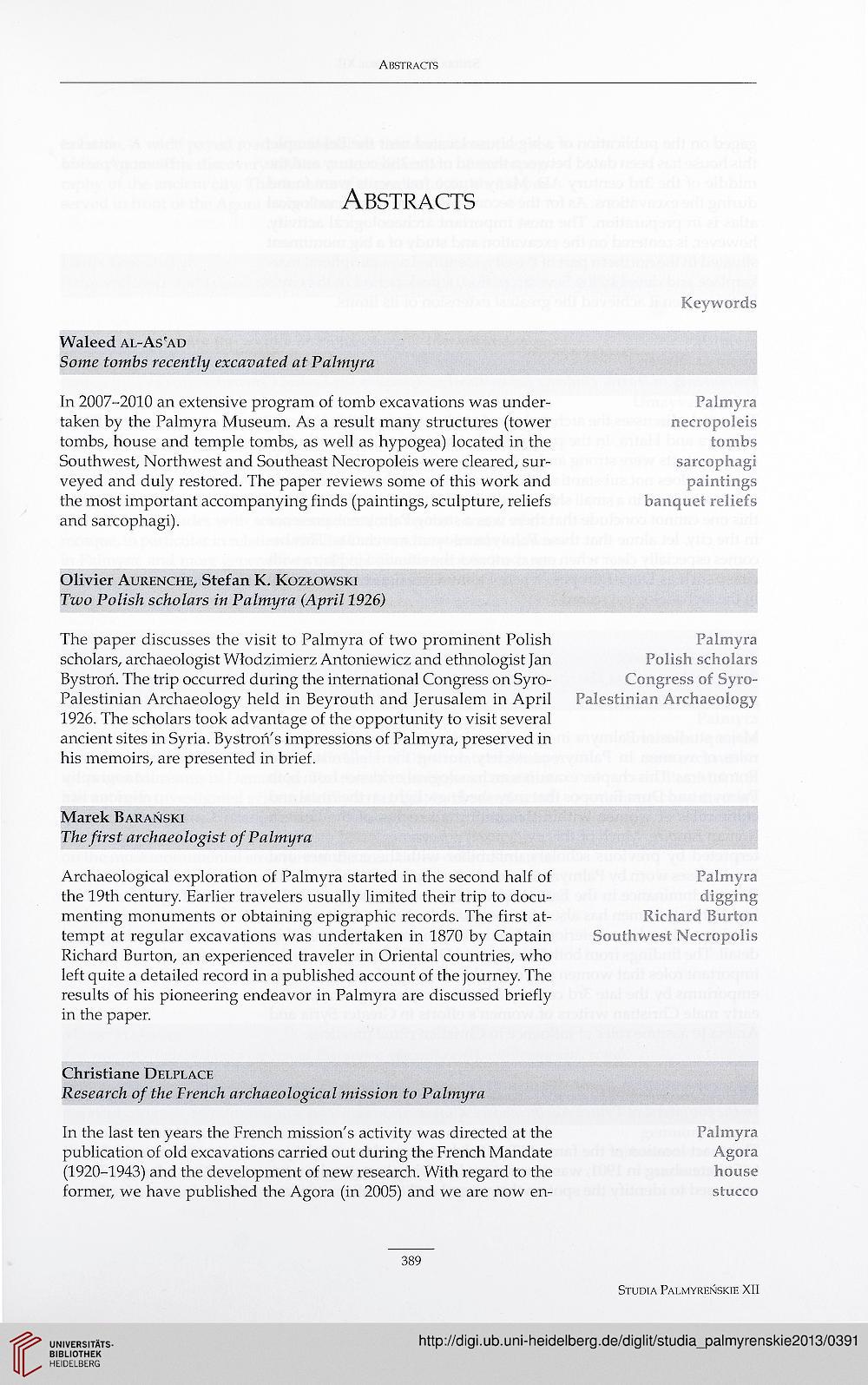 Some tombs recently excavated at Palmym

In 2007-2010 an extensive program of tomb excavations was under-
taken by the Palmyra Museum. As a result many structures (tower
tombs, house and tempie tombs, as well as hypogea) located in the
Southwest, Northwest and Southeast Necropoleis were cleared, sur-
veyed and duły restored. The paper reviews some of this work and
the most important accompanying finds (paintings, sculpture, reliefs
and sarcophagi).

The paper discusses the visit to Palmyra of two prominent Polish
scholars, archaeologist Włodzimierz Antoniewicz and ethnologist Jan
Bystroń. The trip occurred during the international Congress on Syro-
Palestinian Archaeology held in Beyrouth and Jerusalem in April
1926. The scholars took advantage of the opportunity to visit several
ancient sites in Syria. BystrorTs impressions of Palmyra, preserved in
his memoirs, are presented in brief.

The first archaeologist of Palmyra

Archaeological exploration of Palmyra started in the second half of
the 19th century. Earlier travelers usually limited their trip to docu-
menting monuments or obtaining epigraphic records. The first at-
tempt at regular excavations was undertaken in 1870 by Captain
Richard Burton, an experienced traveler in Oriental countries, who
left ąuite a detailed record in a published account of the journey. The
results of his pioneering endeavor in Palmyra are discussed briefly
in the paper.

In the last ten years the French mission's activity was directed at the
publication of old excavations carried out during the French Mandate
(1920-1943) and the development of new research. With regard to the
former, we have published the Agora (in 2005) and we are now en-