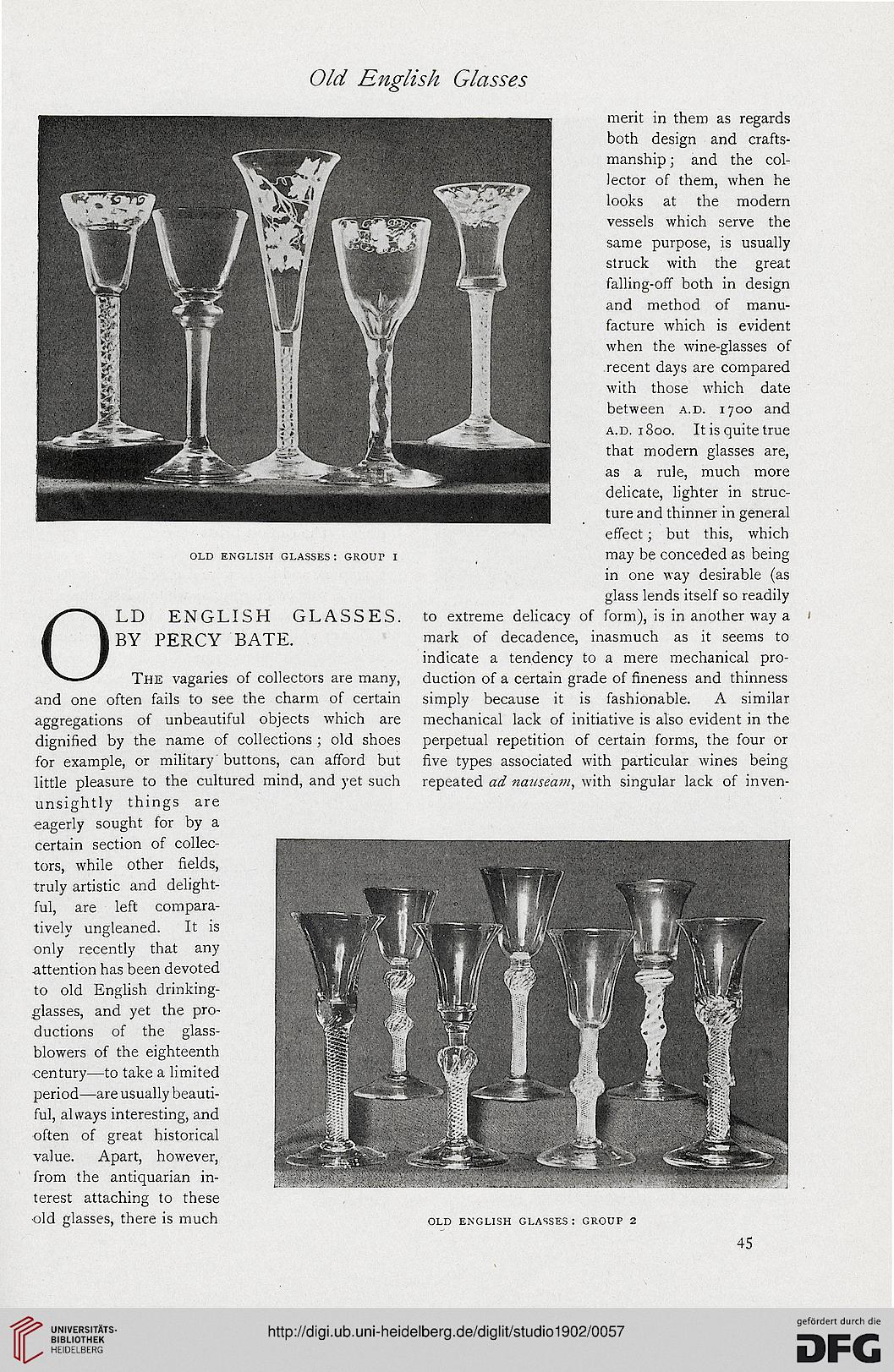 imamms merit in them as regards

both design and crafts-
manship ; and the col-
lector of them, when he
' J8B& looks at the modern

vessels which serve the
same purpose, is usually
struck with the great
falling-off both in design
and method of manu-
facture which is evident
when the wine-glasses of
recent days are compared
with those which date
between a.d. 1700 and

iJjgfiJjgJijpP'^^^^H^^fr^BH^^KlBBBfclMJiiiBMiMI that modern glasses are,

effect; but this, which

old English glasses : groui1 i may be conceded as being

in one way desirable (as
glass lends itself so readily

OLD ENGLISH GLASSES, to extreme delicacy of form), is in another way a
BY PERCY BATE. mark of decadence, inasmuch as it seems to

indicate a tendency to a mere mechanical pro-
The vagaries of collectors are many, duction of a certain grade of fineness and thinness
and one often fails to see the charm of certain simply because it is fashionable. A similar
aggregations of unbeautiful objects which are mechanical lack of initiative is also evident in the
dignified by the name of collections ; old shoes perpetual repetition of certain forms, the four or
for example, or military buttons, can afford but five types associated with particular wines being
little pleasure to the cultured mind, and yet such repeated ad nauseam, with singular lack of inven-
unsightly things are
eagerly sought for by a
certain section of collec-
tors, while other fields,
truly artistic and delight-
ful, are left compara-
tively ungleaned. It is
only recently that any
attention has been devoted
to old English drinking-
glasses, and yet the pro-
ductions of the glass-
blowers of the eighteenth
century—to take a limited
period—are usually beauti-
ful, always interesting, and
often of great historical
value. Apart, however,
from the antiquarian in-
terest attaching to these
old glasses, there is much