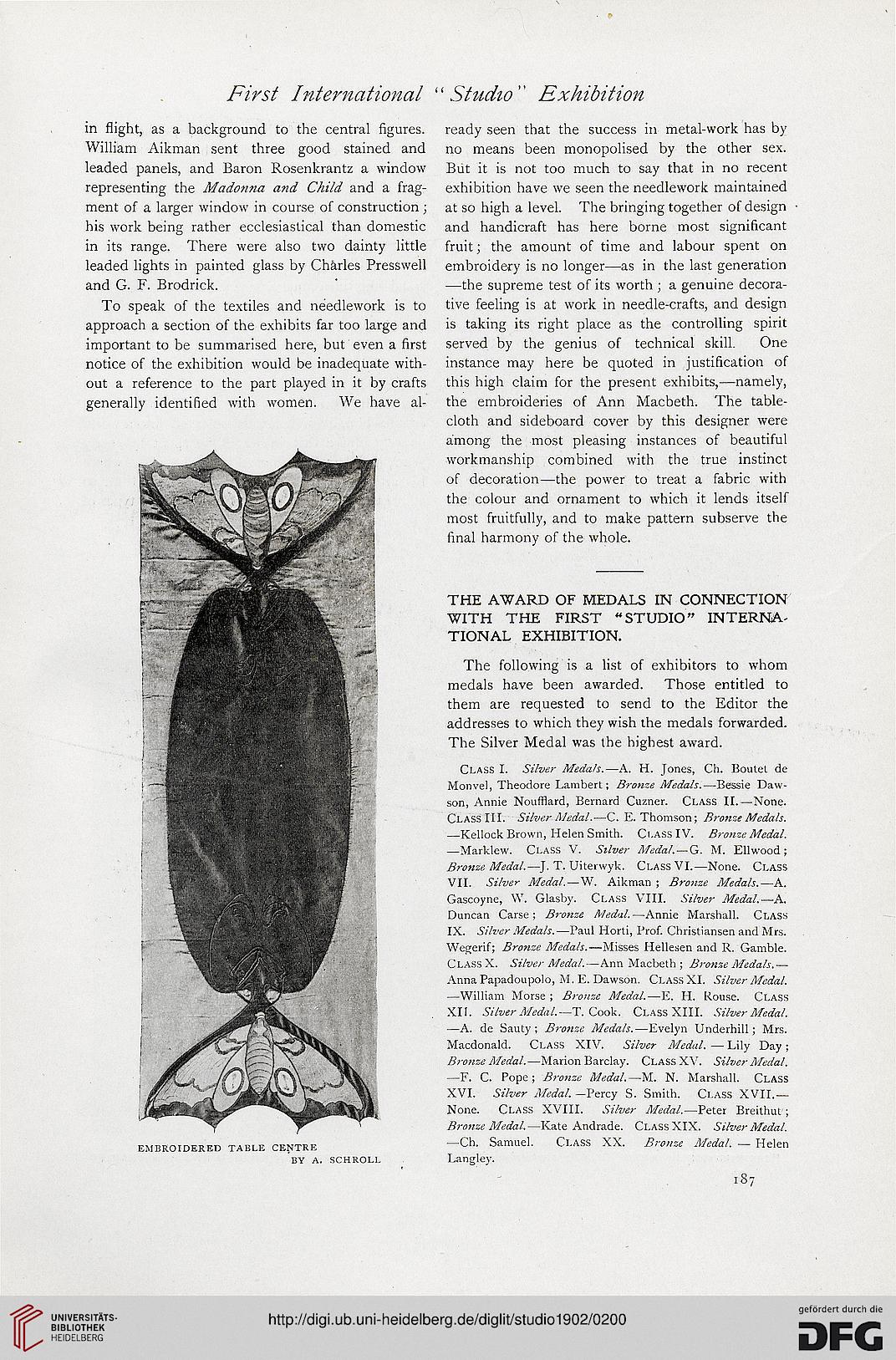 in flight, as a background to the central figures.
William Aikman sent three good stained and
leaded panels, and Baron Rosenkrantz a window
representing the Madonna and Child and a frag-
ment of a larger window in course of construction ;
his work being rather ecclesiastical than domestic
in its range. There were also two dainty little
leaded lights in painted glass by Charles Presswell
and G. F. Brodrick.

To speak of the textiles and needlework is to
approach a section of the exhibits far too large and
important to be summarised here, but even a first
notice of the exhibition would be inadequate with-
out a reference to the part played in it by crafts
generally identified with women. We have al-

ready seen that the success in metal-work has by
no means been monopolised by the other sex.
But it is not too much to say that in no recent
exhibition have we seen the needlework maintained
at so high a level. The bringing together of design
and handicraft has here borne most significant
fruit; the amount of time and labour spent on
embroidery is no longer—as in the last generation
—the supreme test of its worth ; a genuine decora-
tive feeling is at work in needle-crafts, and design
is taking its right place as the controlling spirit
served by the genius of technical skill. One
instance may here be quoted in justification of
this high claim for the present exhibits,—namely,
the embroideries of Ann Macbeth. The table-
cloth and sideboard cover by this designer were
among the most pleasing instances of beautiful
workmanship combined with the true instinct
of decoration—the power to treat a fabric with
the colour and ornament to which it lends itself
most fruitfully, and to make pattern subserve the
final harmony of the whole.

THE AWARD OF MEDALS IN CONNECTION
WITH THE FIRST "STUDIO" INTERNA-
TIONAL EXHIBITION.

The following is a list of exhibitors to whom
medals have been awarded. Those entitled to
them are requested to send to the Editor the
addresses to which they wish the medals forwarded.
The Silver Medal was the highest award.