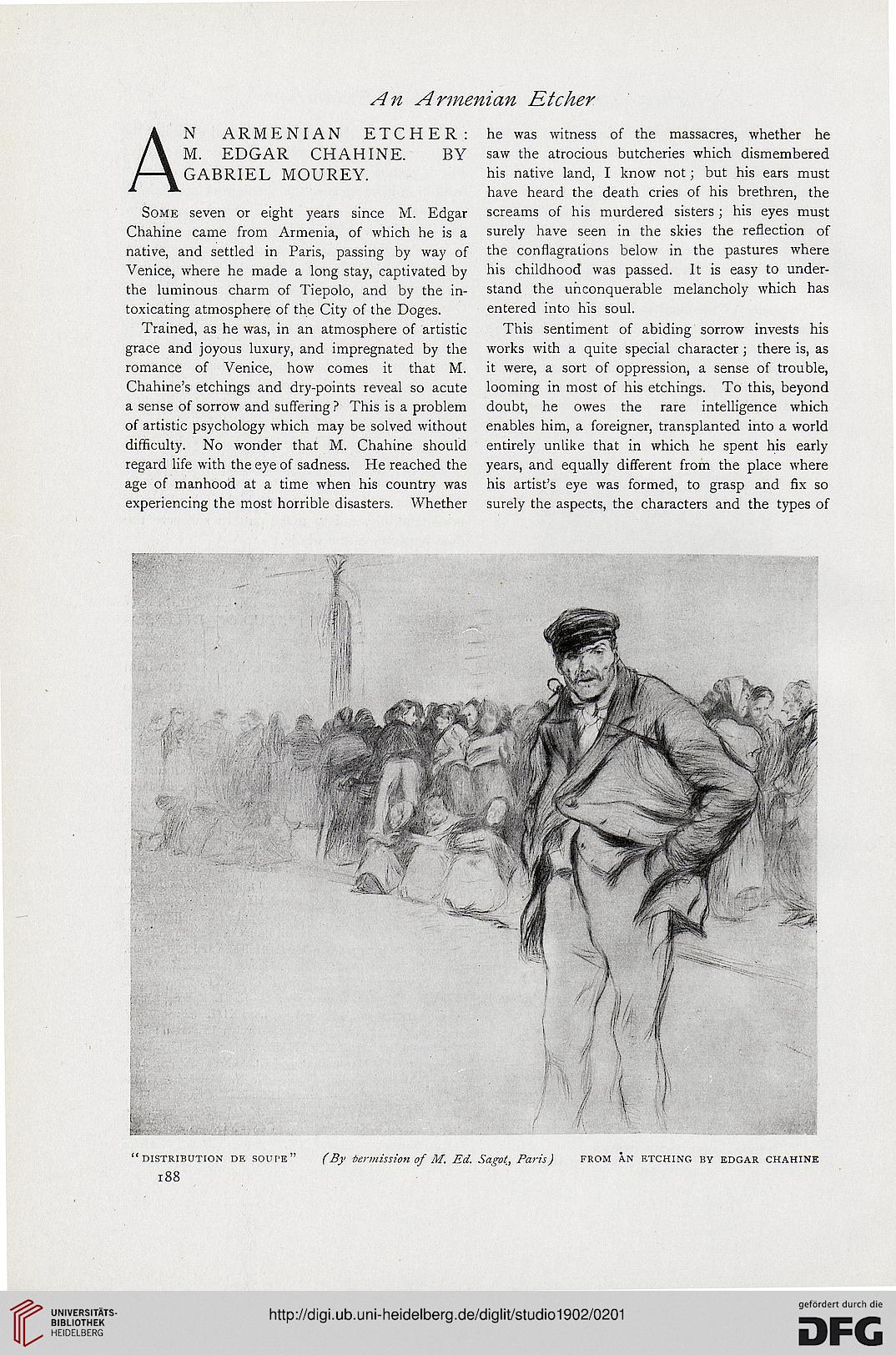 Some seven or eight years since M. Edgar
Chahine came from Armenia, of which he is a
native, and settled in Paris, passing by way of
Venice, where he made a long stay, captivated by
the luminous charm of Tiepolo, and by the in-
toxicating atmosphere of the City of the Doges.

Trained, as he was, in an atmosphere of artistic
grace and joyous luxury, and impregnated by the
romance of Venice, how comes it that M.
Chahine's etchings and dry-points reveal so acute
a sense of sorrow and suffering ? This is a problem
of artistic psychology which may be solved without
difficulty. No wonder that M. Chahine should
regard life with the eye of sadness. He reached the
age of manhood at a time when his country was
experiencing the most horrible disasters. Whether

he was witness of the massacres, whether he
saw the atrocious butcheries which dismembered
his native land, I know not; but his ears must
have heard the death cries of his brethren, the
screams of his murdered sisters ; his eyes must
surely have seen in the skies the reflection of
the conflagrations below in the pastures where
his childhood was passed. It is easy to under-
stand the unconquerable melancholy which has
entered into his soul.

This sentiment of abiding sorrow invests his
works with a quite special character ; there is, as
it were, a sort of oppression, a sense of trouble,
looming in most of his etchings. To this, beyond
doubt, he owes the rare intelligence which
enables him, a foreigner, transplanted into a world
entirely unlike that in which he spent his early
years, and equally different from the place where
his artist's eye was formed, to grasp and fix so
surely the aspects, the characters and the types of

from an etching by edgar chahine