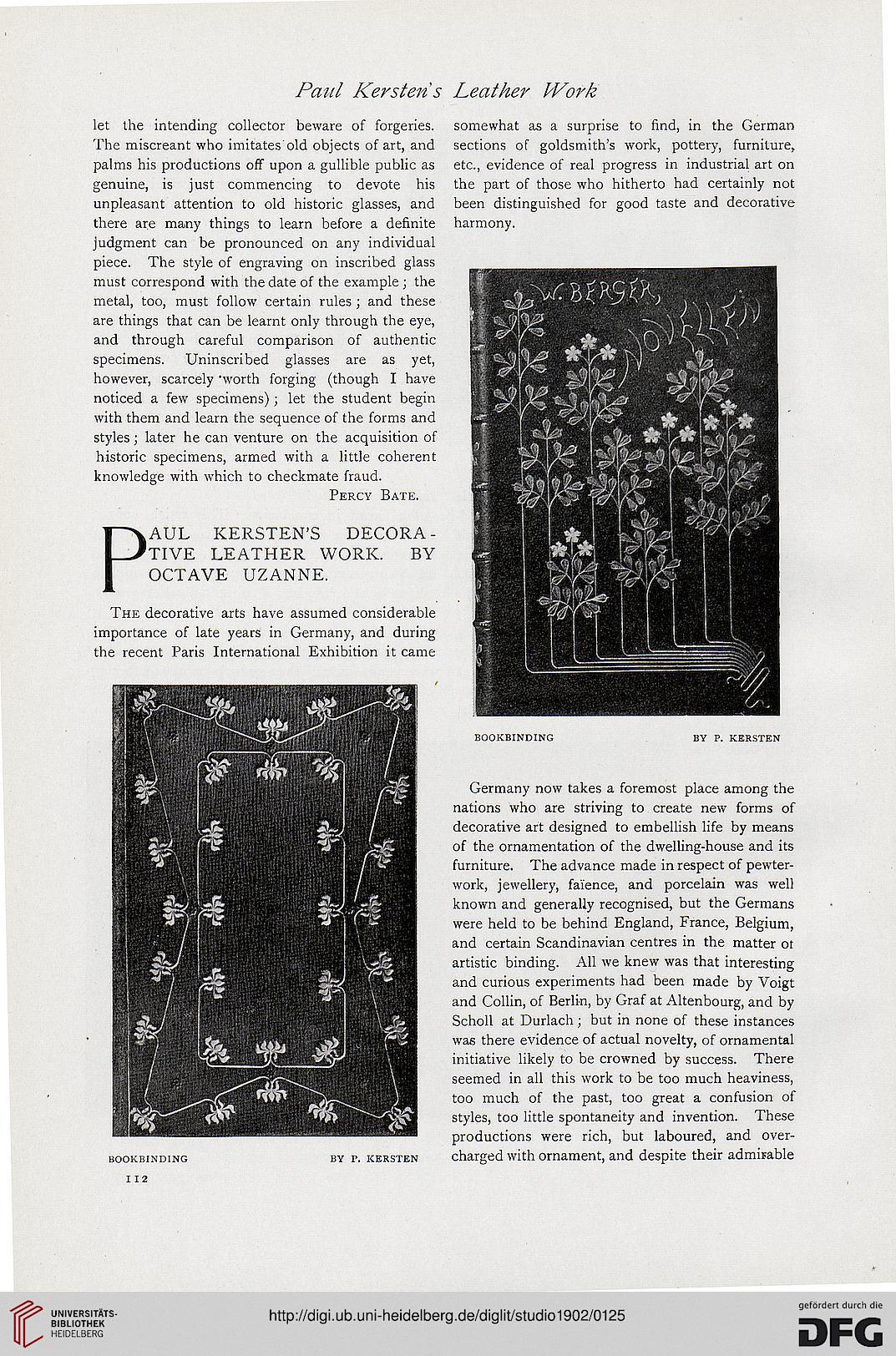 let the intending collector beware of forgeries.
The miscreant who imitates old objects of art, and
palms his productions off upon a gullible public as
genuine, is just commencing to devote his
unpleasant attention to old historic glasses, and
there are many things to learn before a definite
judgment can be pronounced on any individual
piece. The style of engraving on inscribed glass
must correspond with the date of the example ; the
metal, too, must follow certain rules ; and these
are things that can be learnt only through the eye,
and through careful comparison of authentic
specimens. Uninscribed glasses are as yet,
however, scarcely 'worth forging (though I have
noticed a few specimens); let the student begin
with them and learn the sequence of the forms and
styles; later he can venture on the acquisition of
historic specimens, armed with a little coherent
knowledge with which to checkmate fraud.

The decorative arts have assumed considerable
importance of late years in Germany, and during
the recent Paris International Exhibition it came

somewhat as a surprise to find, in the German
sections of goldsmith's work, pottery, furniture,
etc., evidence of real progress in industrial art on
the part of those who hitherto had certainly not
been distinguished for good taste and decorative
harmony.

Germany now takes a foremost place among the
nations who are striving to create new forms of
decorative art designed to embellish life by means
of the ornamentation of the dwelling-house and its
furniture. The advance made in respect of pewter-
work, jewellery, faience, and porcelain was well
known and generally recognised, but the Germans
were held to be behind England, France, Belgium,
and certain Scandinavian centres in the matter ot
artistic binding. All we knew was that interesting
and curious experiments had been made by Voigt
and Collin, of Berlin, by Graf at Altenbourg, and by
Scholl at Durlach ; but in none of these instances
was there evidence of actual novelty, of ornamental
initiative likely to be crowned by success. There
seemed in all this work to be too much heaviness,
too much of the past, too great a confusion of
styles, too little spontaneity and invention. These
productions were rich, but laboured, and over-
charged with ornament, and despite their admirable