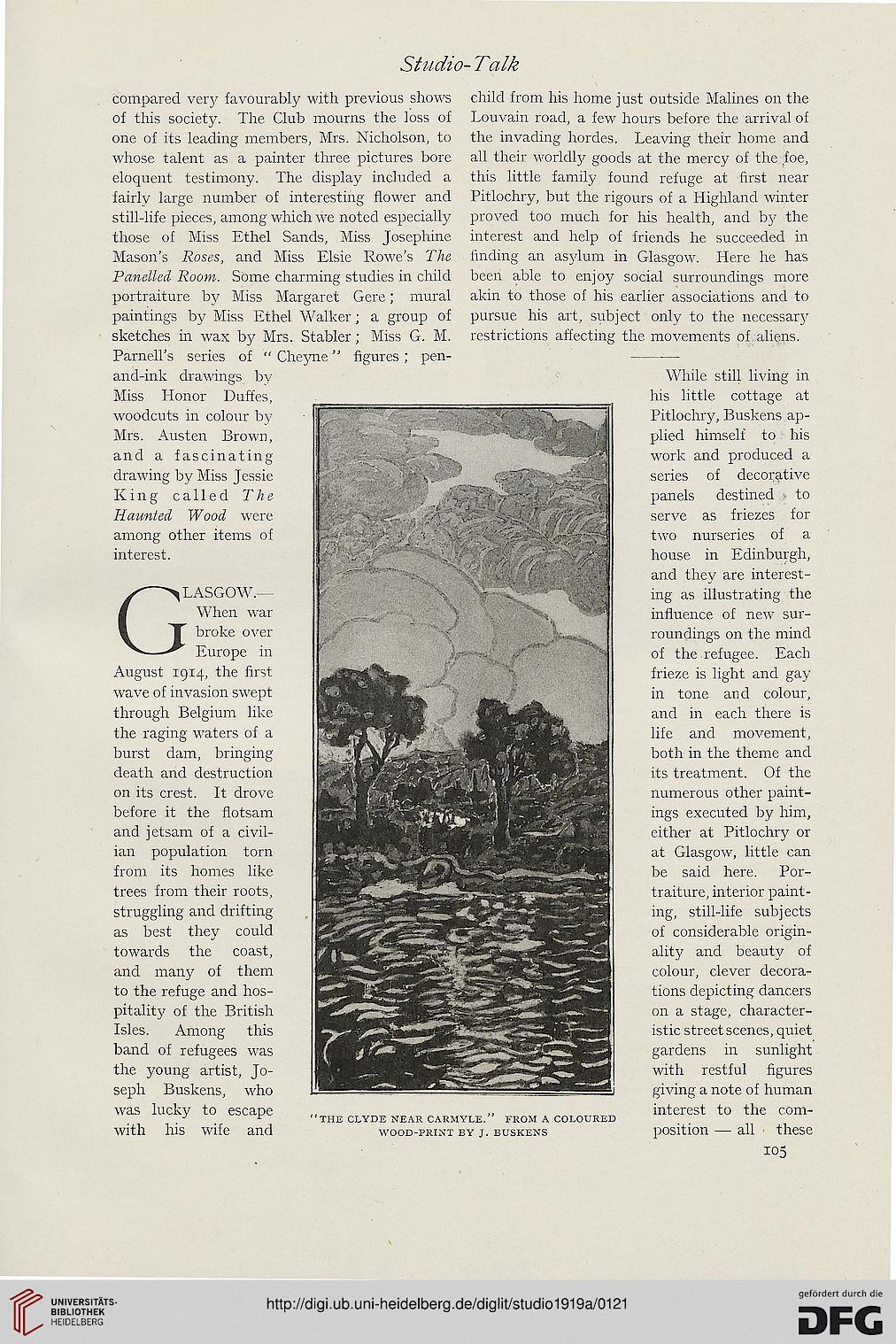 of this society. The Club mourns the loss of Louvain road, a few hours before the arrival of

one of its leading members, Mrs. Nicholson, to the invading hordes. Leaving their home and

whose talent as a painter three pictures bore all their worldly goods at the mercy of the foe,

eloquent testimony. The display included a this little family found refuge at first near

fairly large number of interesting flower and Pitlochry, but the rigours of a Highland winter

still-life pieces, among which we noted especially proved too much for his health, and by the

those of Miss Ethel Sands, Miss Josephine interest and help of friends he succeeded in

Mason's Roses, and Miss Elsie Rowe's The finding an asylum in Glasgow. Here he has

portraiture by Miss Margaret Gere; mural akin to those of his earlier associations and to

paintings by Miss Ethel Walker; a group of pursue his art, subject only to the necessary

and-ink drawings by While still living in

Mrs. Austen Brown, plied himself to his

and a fascinating work and produced a

King called The ■ panels destined to

Haunted Wood were serve as friezes for

among other items of |§f two nurseries of a

LASGOW.— ing as illustrating the

When war 1 influence of new sur-

broke over roundings on the mind

. j 1 "the clyde near carmyle. from a coloured

with his wife and wood-print by j. buskens position — all these