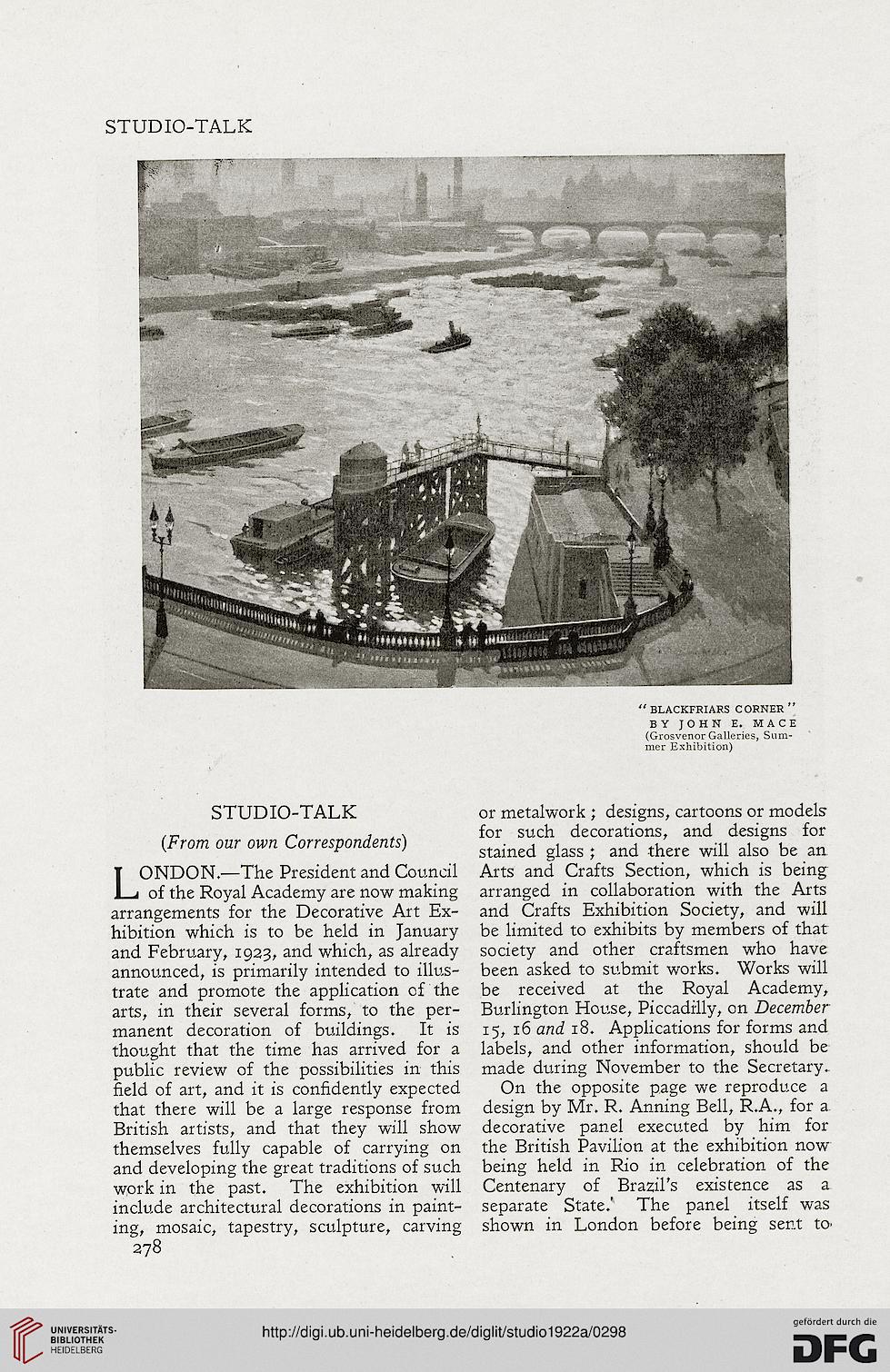 {From our own Correspondents) for. s"ch, decorations, and designs for

r ' stained glass ; and there will also be an

LONDON.—The President and Council Arts and Crafts Section, which is being

arrangements for the Decorative Art Ex- and Crafts Exhibition Society, and will

and February, 1923, and which, as already society and other craftsmen who have

announced, is primarily intended to illus- been asked to submit works. Works will

trate and promote the application of the be received at the Royal Academy,

arts, in their several forms, to the per- Burlington House, Piccadilly, on December

manent decoration of buildings. It is 15, 16 and 18. Applications for forms and

thought that the time has arrived for a labels, and other information, should be

public review of the possibilities in this made during November to the Secretary,

field of art, and it is confidently expected On the opposite page we reproduce a

that there will be a large response from design by Mr. R. Anning Bell, R.A., for a

British artists, and that they will show decorative panel executed by him for

work in the past. The exhibition will Centenary of Brazil's existence as a

include architectural decorations in paint- separate State.' The panel itself was

ing, mosaic, tapestry, sculpture, carving shown in London before being sent to
278