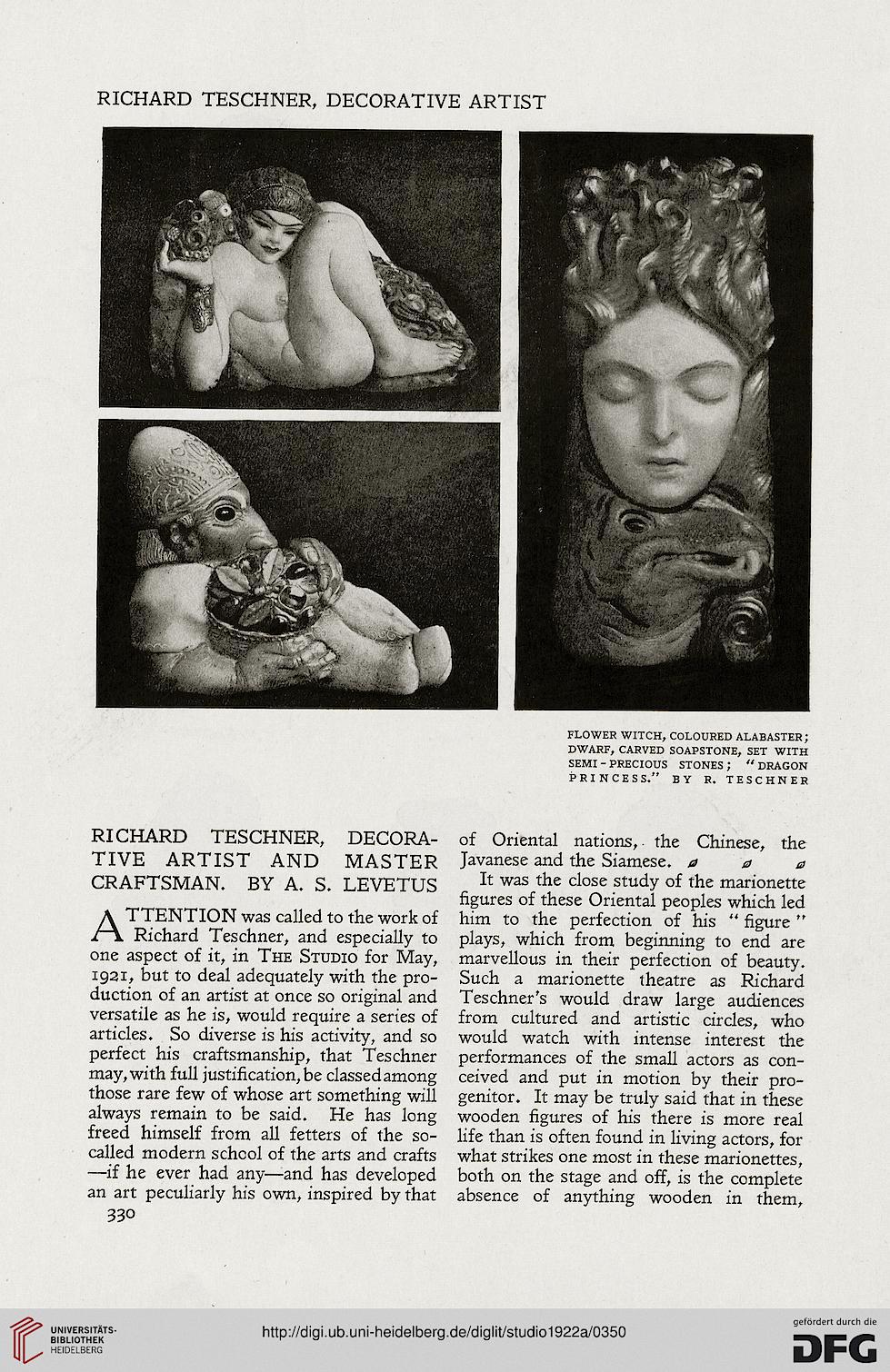 RICHARD TESCHNER, DECORA- of Oriental nations, the Chinese, the

TIVE ARTIST AND MASTER Javanese and the Siamese, a 0 a

figures 01 these Oriental peoples which led

ATTENTION was called to the work of him to the perfection of his " figure "
Richard Teschner, and especially to plays, which from beginning to end are
one aspect of it, in The Studio for May, marvellous in their perfection of beauty.
1921, but to deal adequately with the pro- Such a marionette theatre as Richard
duction of an artist at once so original and Teschner's would draw large audiences
versatile as he is, would require a series of from cultured and artistic circles, who
articles. So diverse is his activity, and so would watch with intense interest the
perfect his craftsmanship, that Teschner performances of the small actors as con-
may, with full justification, be classed among ceived and put in motion by their pro-
those rare few of whose art something will genitor. It may be truly said that in these
always remain to be said. He has long wooden figures of his there is more real
freed himself from all fetters of the so- life than is often found in living actors, for
called modern school of the arts and crafts what strikes one most in these marionettes,
—if he ever had any—and has developed both on the stage and off, is the complete
an art peculiarly his own, inspired by that absence of anything wooden in them,
330