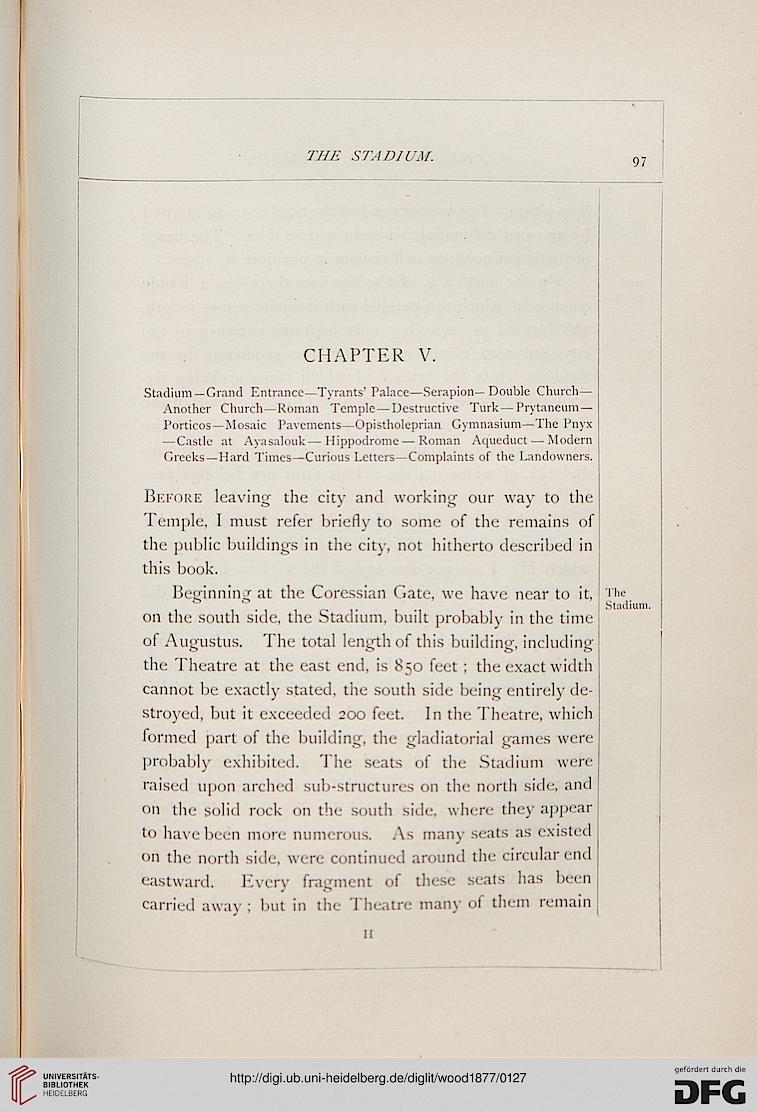 Before leaving the city and working our way to the

Temple, I must refer briefly to some of the remains <>l
the public buildings in the city, not hitherto described in
this book.

Beginning at the Coressian Gate, we have near to it.
on tin: south side, the Stadium, built probably in the time
of Augustus, The total length of this building, including
the Theatre at the east end, is 850 feet ; the exact width
cannot be exact))- stated, tiie south side being entirely de-
stroyed, but it exceeded 200 feet. In the Theatre, which
formed part of the building, tin; gladiatorial games were
probably exhibited. The seats of the Stadium were
raised upon arched sub-structures on the north side, and
on the solid rock on the south side, when' they appear
to have be.n mote numerous. As many seats as existed
on the north side, were continued around the circular end
eastward Every fragment of th< its has been

carried away : but in the Theatre many of them remain