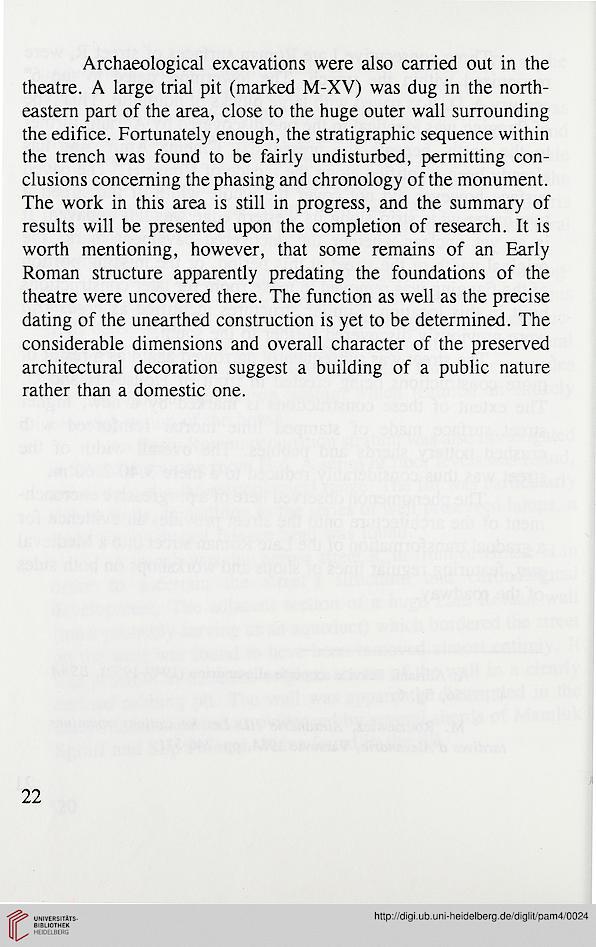 Information about OCR text
Archaeological excavations were also carried out in the
theatre. A large trial pit (marked M-XV) was dug in the north-
eastern part of the area, close to the huge outer wall surrounding
the edifice. Fortunately enough, the stratigraphic sequence within
the trench was found to be fairly undisturbed, permitting con-
clusions concerning the phasing and chronology of the monument.
The work in this area is still in progress, and the summary of
results will be presented upon the completion of research. It is
worth mentioning, however, that some remains of an Early
Roman structure apparently predating the foundations of the
theatre were uncovered there. The function as well as the precise
dating of the unearthed construction is yet to be determined. The
considerable dimensions and overall character of the preserved
architectural decoration suggest a building of a public nature
rather than a domestic one.