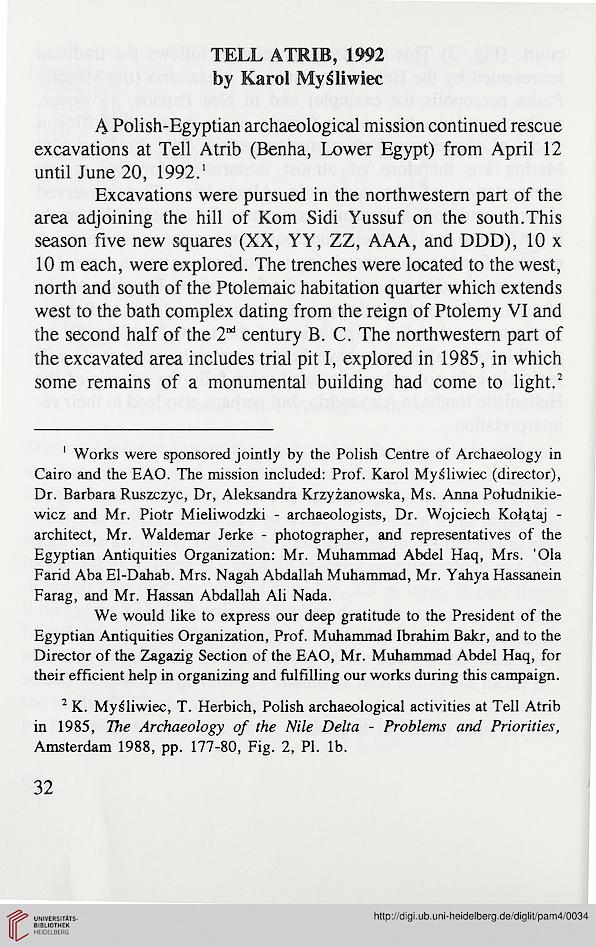 Information about OCR text
TELL ATRIB, 1992
by Karo! MygHwiec
A Polish-Egyptian archaeological mission continued rescue
excavations at Tell Atrib (Benha, Lower Egypt) from April 12
until June 20, 1992.'
Excavations were pursued in the northwestern part of the
area adjoining the hill of Kom Sidi Yussuf on the south.This
season five new squares (XX, YY, ZZ, AAA, and DDD), 10 x
10 m each, were explored. The trenches were located to the west,
north and south of the Ptolemaic habitation quarter which extends
west to the bath complex dating from the reign of Ptolemy VI and
the second half of the 2°^ century B. C. The northwestern part of
the excavated area includes trial pit I, explored in 1985, in which
some remains of a monumental building had come to lights