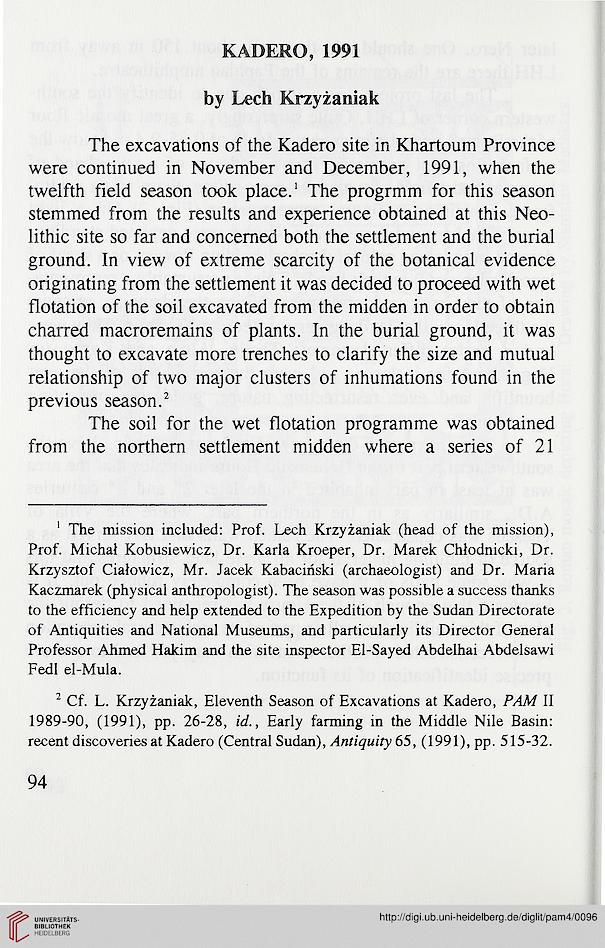 by Lech Krzyzaniak
The excavations of the Kadero site in Khartoum Province
were continued in November and December, 1991, when the
twelfth field season took place.' The progrmm for this season
stemmed from the results and experience obtained at this Neo-
lithic site so far and concerned both the settlement and the burial
ground. In view of extreme scarcity of the botanical evidence
originating from the settlement it was decided to proceed with wet
flotation of the soil excavated from the midden in order to obtain
charred macroremains of plants. In the burial ground, it was
thought to excavate more trenches to clarify the size and mutual
relationship of two major clusters of inhumations found in the
previous season.^
The soil for the wet flotation programme was obtained
from the northern settlement midden where a series of 21