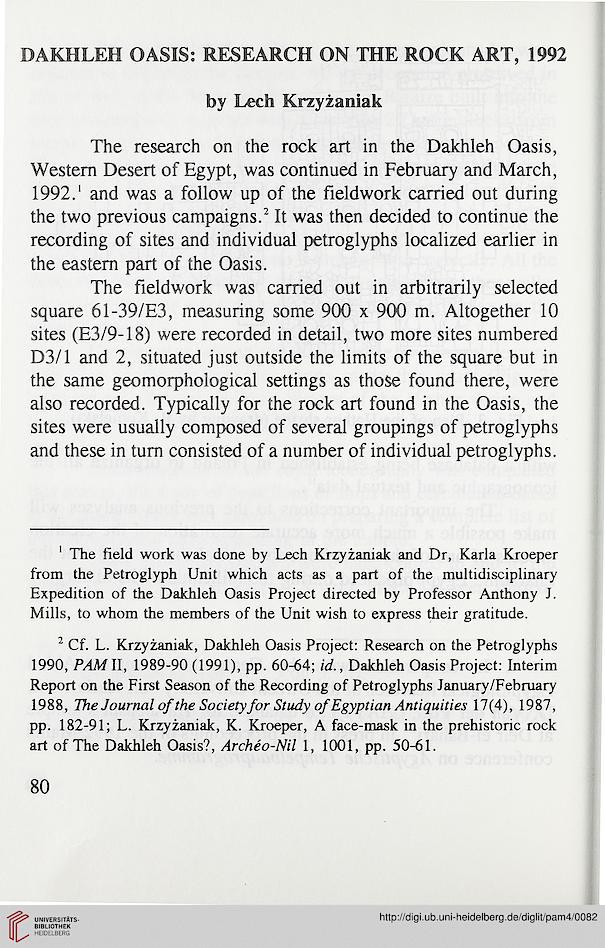 by Lech Krzyzaniak
The research on the rock art in the Dakhleh Oasis,
Western Desert of Egypt, was continued in February and March,
1992.' and was a follow up of the fieldwork carried out during
the two previous campaigns.^ It was then decided to continue the
recording of sites and individual petroglyphs localized earlier in
the eastern part of the Oasis.
The fieldwork was carried out in arbitrarily selected
square 61-39/E3, measuring some 900 x 900 m. Altogether 10
sites (E3/9-18) were recorded in detail, two more sites numbered
D3/1 and 2, situated just outside the limits of the square but in
the same geomorphoiogical settings as those found there, were
also recorded. Typically for the rock art found in the Oasis, the
sites were usually composed of several groupings of petroglyphs
and these in tum consisted of a number of individual petroglyphs.