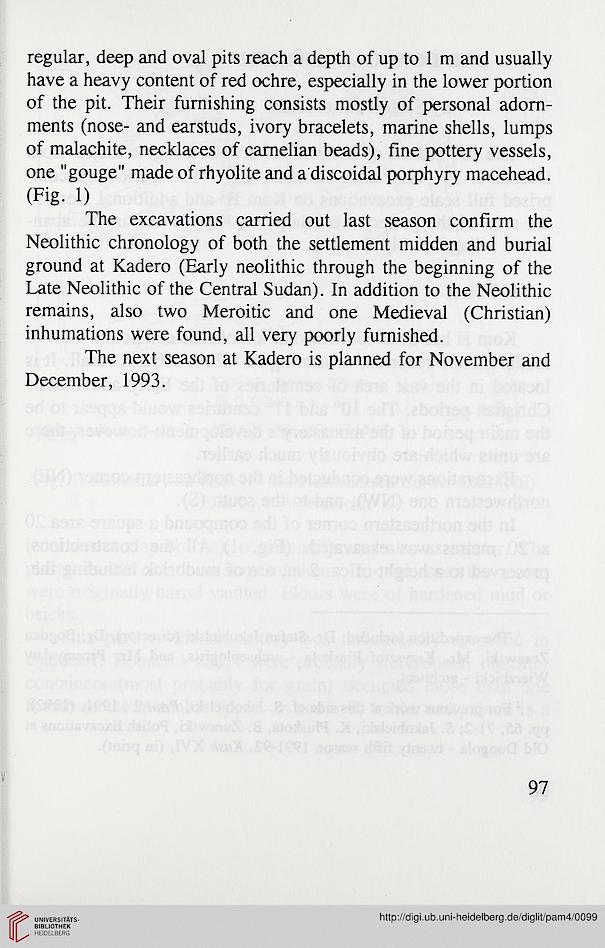 Information about OCR text
regular, deep and oval pits reach a depth of up to 1 m and usually
have a heavy content of red ochre, especially in the lower portion
of the pit. Their furnishing consists mostly of personal adorn-
ments (nose- and earstuds, ivory bracelets, marine shells, lumps
of malachite, necklaces of camelian beads), fine pottery vessels,
one "gouge" made of rhyolite and a discoidal porphyry macehead.
(Fig. 1)
The excavations carried out last season confirm the
Neolithic chronology of both the settlement midden and burial
ground at Kadero (Early neolithic through the beginning of the
Late Neolithic of the Central Sudan). In addition to the Neolithic
remains, also two Meroitic and one Medieval (Christian)
inhumations were found, all very poorly furnished.
The next season at Kadero is planned for November and
December, 1993.